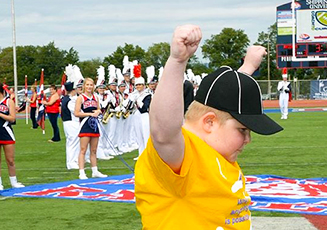 For most, a trip to Target is just a way to cross off another item on a lengthy to-do list, or a quasi-addictive way to reduce stress via retail therapy.

For 14-year-old Ethan Pyles and his mother, Sandra, a trip to Target brought renewed hope, grateful hearts, and optimism for thousands of boys who have Duchenne muscular dystrophy (DMD).

When Ethan, who has DMD, was 8 years old, he and Sandra received unexpected news: Ethan was offered the opportunity to take part in a phase 2 clinical trial for an experimental drug called eteplirsen (now named Exondys 51). While this was incredible news, the weekly trips from their home in Pennsylvania to Ohio for the trial would not be possible at that time. Although devastated that they were unable to participate, Sandra asked that Ethan’s doctor keep them informed if a trial opportunity arose at a local level. 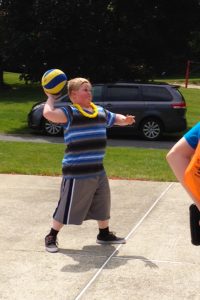 As years passed, the family continued to hope and pray that Ethan might someday be able to participate in this groundbreaking trial.

And then, unexpectedly, their prayers were answered.

“Dr. Wickland, Ethan’s current neurologist, informed me that we could participate in [phase 3 of] the trial at Hershey Medical Center,” Sandra says. “My prayers were answered, and it was a sign. I said ‘sign him up!'”

However, with the good news came additional trials, including a delay in beginning Ethan’s treatment.

“There were delays for about four months, and Ethan was at the edge with his mobility. At that time, he couldn’t walk from the parking lot to the hospital and up to the second floor because it was too tiring,” Sandra says.

Finally, Ethan received his first infusion in April 2015, and not long after that, Sandra began to see Ethan gain strength.

A few months after Ethan began the Exondys 51 trial, the family took an obligatory trip to Target so Ethan’s older brother could do some shopping in preparation for his first year of college. College shopping is no easy feat, but Ethan decided to walk throughout the store as opposed to using his power chair.

As they made their way to the checkout line, Sandra made a heart-warming observation: The trio had spent three hours walking the aisles of Target and Ethan had not once mentioned being tired.

“Right then I knew and had tears of joy and shared the news with anyone who would listen,” Sandra says. “That’s when I truly started sharing the wonderful news on a regular basis with everyone, as did Ethan.” 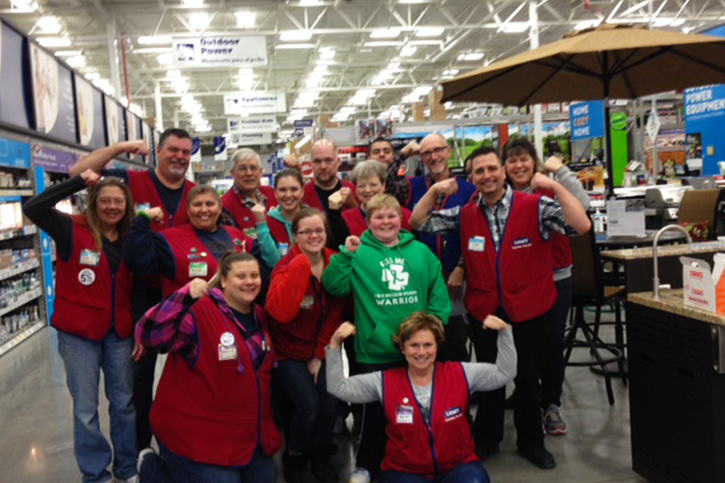 And not long after that, the FDA made the life-altering announcement the Duchenne community had been waiting with bated breath to hear: Exondys 51 was finally approved.

Ethan and Sandra could not contain the gratitude and joy they felt when receiving this news. 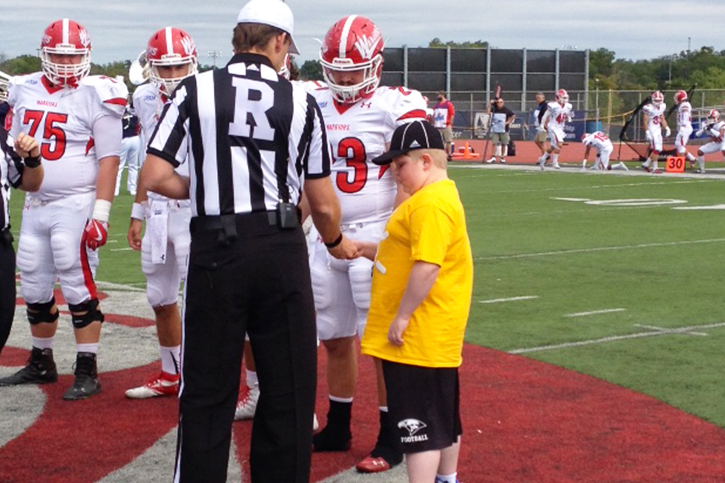 “I started to cry uncontrollably,” Sandra says. “All I thought was, ‘We did it!’ Now the door is opened for more research for other deletions, and a population of our boys finally has treatment now.”

When Ethan learned of the news he cried, too, and selflessly asked, “Does this mean my friends finally have access to the drug now?”

This Thanksgiving season, Sandra and Ethan are grateful for many things, but what may stand out most in their hearts is the approval of Exondys 51 — and that trip to Target.