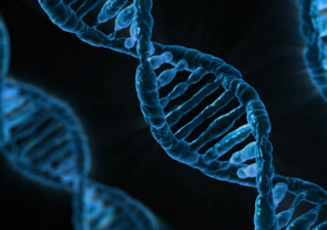 Results from a natural history study for familial (inherited) ALS caused by a mutation in the SOD1 gene have confirmed that a variation of the mutation called SOD1 A4V
is associated with a more aggressive disease course when compared to non A4V SOD1 ALS.

Although age of disease onset was approximately 50 years for all participants, results confirmed that the SOD1 A4V mutation predicts a rapid ALS disease course. Survival time in patients with A4V SOD1 mutations averaged a little over one year, a significantly shorter amount of time than the nearly seven years survival time associated with participants who had non A4V SOD1 mutations. The A4V variant also was associated with increased decline in ALS-FRS scores and measures of respiratory function.

“When planning a trial to evaluate an investigational new drug, it is critical to understand how the natural course of disease progresses in patients,” said MDA Scientific Program Officer Amanda Haidet-Phillips. “This information, called ‘natural history,’ helps investigators accurately plan future trials so that they can be efficient and yield valuable information about whether or not the therapy worked.”

The SOD1-specific data from the study is expected to help design and implement future clinical trials to test promising investigational therapies designed to combat the toxicity caused by the mutated SOD1 protein.