Editor’s note: Stacy Coleman wrote this short children’s story to inspire her two young sons Hayden and Mason, who live with Charcot-Marie-Tooth disease (CMT), and others to find strength in every day moments and to never give up on what you want to become. Stacy, who also lives with CMT, has been married to her best friend for 10 years and enjoys camping and fishing with her family, arts and crafts, and attending numerous MDA events in her community. She is active with Fill the Boot drives at the local fire station, MDA Lock-Up and Muscle Walk, and she is always ready to speak with media and others about MDA. The illustration accompanying this story was drawn by 10-year-old Hayden. He loves to draw and always says “You can’t get me down, CMT!” 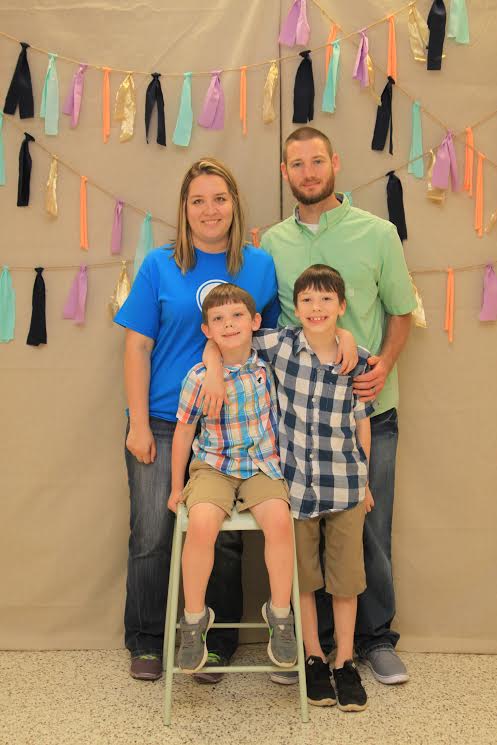 Like most boys, David wanted to be a superhero more than anything. He slept in superhero pajamas, wore a superhero backpack to school and even played superheroes with his little brother outside at the park.

He would look for opportunities to step in and save the day any chance he got.

One day, while playing on the swings at school, he heard a loud cry coming from his best friend, Pete. “Help! Someone help! I’m stuck!” Adventurous Pete had once again gotten too high on the monkey bars.

David sprang into action. This is my chance, he thought. He started to run as fast as he could toward the cries for help. Just as he was about to reach Pete, Cal climbed to the very top and guided Pete down to safety. David was so glad to see his friend was OK, but secretly he was disappointed.

You see, David is a very special boy. He has a muscle disease that keeps him from being as fast or strong as the other kids. “If I could just run faster,” he thought. “Then I could be a superhero.”

This wasn’t the first time David had a chance to be the hero and help a friend. But like this time, each time before he was always a little too late. His disability seemed to keep him from not being strong or fast enough.

That night as David got into his bed, his parents noticed he wasn’t wearing his favorite superhero pajamas.

“Honey, is everything OK?” his mom asked.

“Where are your superhero pajamas?” asked his father.

“I’m not feeling very super today,” David replied with a sad and upset look on his face.

Telling his parents about what had happened that day at school, David began to cry. His Daddy held him close and said “You might not be as strong or fast as you would like, but God gave you a heart like gold.” 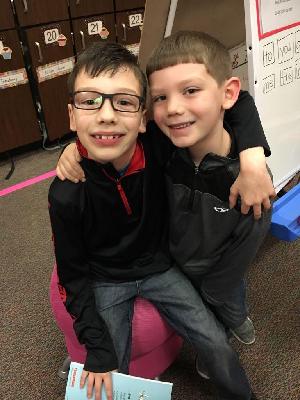 “Oh yes,” said his mom. “You have compassion to help people, love to give others, sympathy for a friend and the ability to make people smile. I think those are important qualities of a superhero.”

David sat up a little and a wide smile came across his face. “Yeah I guess you’re right,” he said. “Those are super!”

The next day, David wore his favorite superhero shirt to school. He thought for sure that today would be the day he could be a real life hero.

While he was standing in the lunch line, he heard Parker, the school bully, teasing the new girl. David knew how it felt to be teased so he decided to do something about it. He walked over to the girl and asked if she would like to come eat lunch with him. She blushed and looked relieved.

“Oh thank you! It’s my first day and I don’t have any friends. You’re my hero,” she said.

“Hero! She called me a hero,” thought David. “This must be what my parents were talking about. Helping a friend and standing up for what’s right is exactly something that a hero would do.”

David felt super the rest of the day at school. He had made a new friend and finally became the hero he had always wanted to be.

From then on, anytime he cheered up a friend who was having a bad day or stopped someone from being bullied or even helped an elderly neighbor across the street, he felt super.

Heroes really do come in all shapes and sizes.

Look & Feel Your Best During Stressful Times: Tips From a Disability Fashion Blogger