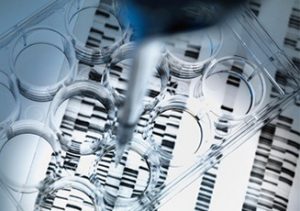 Amifampridine phosphate is a potassium channel inhibitor designed to prolong signals released from nerves and allow greater stimulation of muscles. The drug currently is under clinical investigation as a symptomatic therapy to treat muscle weakness in people with MuSK-antibody positive myasthenia gravis. It also has shown promising results in a phase 3 trial to test it in people with Lambert-Eaton myasthenic syndrome (LEMS), and currently is under investigation as a treatment for children with congenital myasthenic syndrome (CMS).

FDA’s Orphan Drug Designation Program provides orphan status to drugs that are intended for the safe and effective treatment, diagnosis or prevention of rare diseases that affect fewer than 20,000 people in the United States, or that affect more than 200,000 people but are not expected to recover the costs associated with their development and marketing. Orphan designation qualifies the sponsor of the drug for various development incentives, including tax credits for qualified clinical testing. Additionally, a marketing application for a prescription drug product that has received orphan designation is not subject to a prescription drug user fee unless the application includes an indication other than the rare disease or condition for which the drug was designated.

MDA has supported previous studies of amifampridine phosphate in children with CMS.