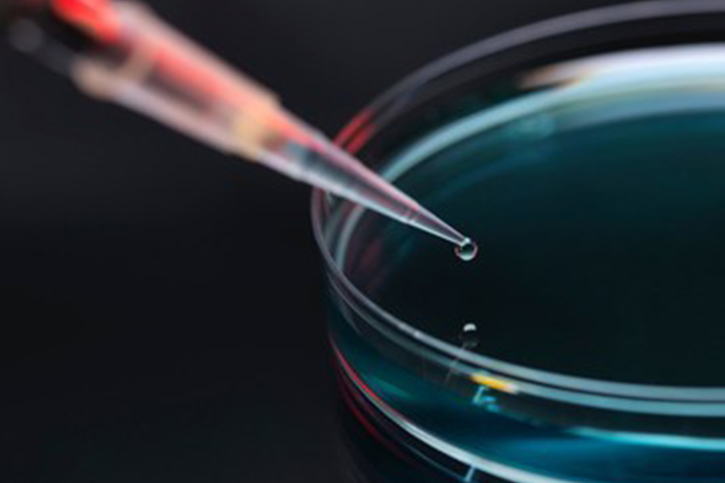 In a joint statement today, Biogen and Ionis Pharmaceuticals announced encouraging interim results from the late-stage CHERISH clinical trial to test the experimental drug nusinersen (brand name Spinraza) in children with type 2 spinal muscular atrophy (SMA). Based on the results, investigators have stopped the trial to allow all participants to transition into an open-label trial called SHINE, in which all children will be treated with the drug.

Today’s news follows on the heels of previous positive results for Spinraza in the ENDEAR trial to test the drug in babies with the infantile-onset form of SMA. Biogen in September submitted a New Drug Application (NDA) for Spinraza to become an approved treatment for all types of SMA, and in October the FDA accepted the NDA and granted Priority Review. Biogen has stated that it is preparing for a potential launch of Spinraza as early as the end of 2016 or the first quarter of 2017.

Spinraza is designed to modify SMA

In SMA, very little full-length SMN protein is made. Instead, most of the SMN is in the form of a short, unstable protein. Full-length SMN is needed by muscle-controlling nerve cells, known as motor neurons, in the spinal cord. Without the protein, loss of motor neurons from the spinal cord occurs, with resulting weakness and atrophy of the voluntary muscles. In the severest forms of the disease, premature death may occur because of failure of the respiratory (breathing) muscles.

Infants with type 1 SMA can’t sit or hold their heads up and progressively lose what movement ability they have. Death typically occurs before the age of 1 year, often because of respiratory failure, unless the infant is placed on a ventilator. Other milder forms of SMA (types 2, 3 and 4) involve a later onset of disease symptoms, including difficulties with movement, and are associated with normal or somewhat reduced lifespan.

Spinraza is a disease-modifying antisense drug, one of a class of experimental therapeutic molecules designed to target genetic instructions at the RNA stage (an intermediate step between DNA and protein manufacturing stage inside cells). It is designed to increase production of the needed SMN protein.

Interim analysis from the phase 3 CHERISH trial, conducted in 126 children who were 2 to 12 years old at the time of enrollment, found that the drug was safe and well-tolerated and that children receiving Spinraza experienced a statistically significant improvement in motor function compared to those who did not receive treatment.

Ionis and Biogen have been testing Spinraza both in blinded and open-label studies, and in patients with types 1, 2 and 3 SMA. In rare instances, as with the CHERISH and ENDEAR trials, when evidence of efficacy is sufficiently strong, a blinded trial can be halted so all patients can benefit from treatment. Now, in addition to ENDEAR participants, along with patients in the control sections of a phase 2 study called EMBRACE, children who have participated in the CHERISH trial are able to transition to the SHINE open-label study.

Spinraza has been granted orphan drug status in both the United States and European Union, and fast track designation in the United States. If approved, it would be the first disease-modifying drug approved for the treatment of SMA.

MDA has funded foundational work in SMA and invested nearly $750,000 in awards to Adrian Krainer at Cold Spring Harbor Laboratory in New York for early-stage development of Spinraza. Since its inception, MDA has invested more than $45 million in SMA research.

Q&A from Biogen and Ionis Pharmaceuticals

1. What is the CHERISH study? The CHERISH study was originally designed to be a 15-month study investigating Spinraza™ (nusinersen) in 126 non-ambulatory patients with later-onset SMA, including patients with the onset of signs and symptoms at greater than 6 months and an age of 2 to 12 years at screening. CHERISH was fully enrolled in March 2016.

2. Why did you conduct an interim analysis? What did the analysis show? We designed the CHERISH protocol to include an option for an interim analysis prior to the formal conclusion of the trial to evaluate if a significant treatment effect was detectable ahead of the full data collection. As with the ENDEAR study, we conducted detailed scientific analyses using all the available data to identify the earliest point in the CHERISH study when an interim analysis could be conducted to provide us with the well-controlled data needed to help assess the safety and efficacy of Spinraza. The analysis found that children receiving Spinraza experienced a statistically significant improvement in motor function compared to those who did not receive treatment. Spinraza demonstrated a favorable safety profile in the trial.

3. What happens next? All CHERISH study participants will have the opportunity to enroll in the SHINE open-label extension study and receive Spinraza, and the CHERISH study will be stopped. We will continue to collect data on all the participants enrolled in CHERISH through their next office visit. Data from the other secondary endpoints included in the CHERISH protocol will be analyzed when the full data set is available. More detailed results will be presented at future medical congresses.

4. What will you do with these data? How will they affect the current regulatory filings? We look forward to making regulators around the globe aware of this data and continue working closely with them to identify the most efficient path to bring Spinraza to families affected by SMA.

5. Are you opening an Expanded Access Program (EAP) based on these results? Biogen recently initiated a global expanded access program (EAP) in infantile-onset SMA in October. Given the complexities and operational aspects of opening an EAP in SMA, the initial phase in infantile-onset has taken longer than expected to open. In addition, we recognize the anticipated expedited regulatory timelines in the U.S. may not allow for the expansion of the EAP for Type 2 patients in the U.S. prior to a potential approval. However, we will continue to explore the ways in which we could broaden the EAP to include patients with Type 2 SMA in geographies where the time to regulatory approval is anticipated to be longer. Regulatory approval remains our No. 1 priority as we continue to believe it is the best way to provide broad and sustainable access to the SMA community.

6. You recently announced the brand name of Spinraza. What does this mean? All new prescription medicines have both a scientific name, in our case, “nusinersen,” and a brand or trade name determined by the drug developer, in this case, “Spinraza.” It is important for safety reasons that the written brand name not look nor sound like that of another brand name and thus must be reviewed and approved by regulatory agencies. Spinraza has been conditionally approved by the FDA and the EMA’s CHMP, meaning that if Spinraza is approved, we may market the product under that name.