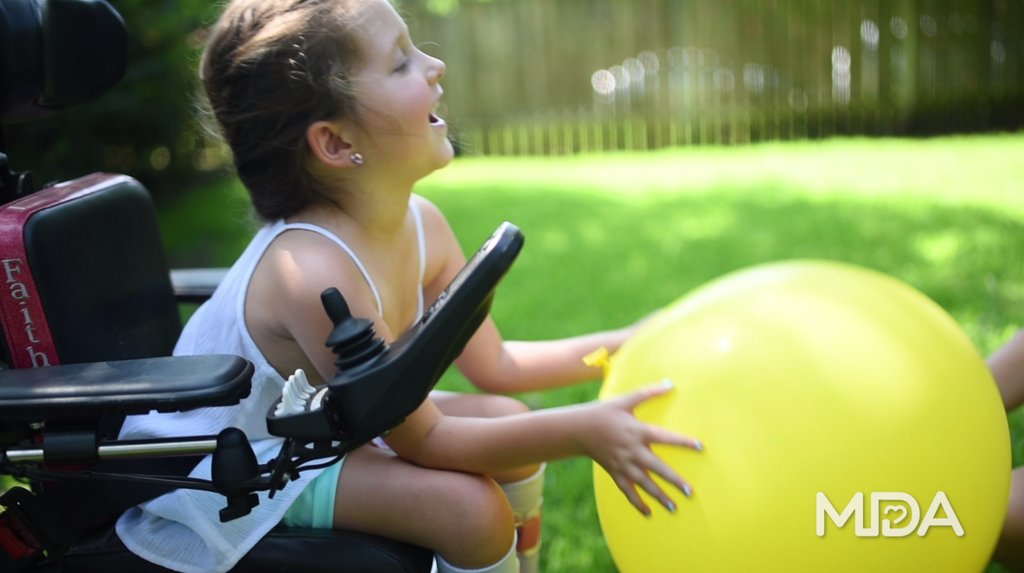 There is a list on Leeann Fortenberry’s refrigerator that she looks at every day. It’s filled with 50 seemingly ordinary activities – talking, reading, doing crossword puzzles – that remind her of all that is possible for her daughter, Faith.

When Leeann reads it, she thinks, “Let’s be grateful for what Faith can do instead of what she can’t.”

Now that list is about to get a lot longer.

That’s because Faith, who lives with spinal muscular atrophy (SMA) type 2, has begun taking Spinraza, the first FDA-approved drug to treat SMA, and she’s regaining strength in her lungs and abilities – like raising her hands above her head – that she had lost.

“Seeing Faith regain her strength has been amazing,” Leeann says. “It’s just such a blessing  to watch her discover the things that she can do. You know, undressing herself, gripping a pencil, putting a water bottle all the way to her mouth unassisted. Her face lights up every time she realizes that she can do something that she couldn’t do before. I’m just so grateful.”

It’s been a long road to get here since Faith was diagnosed in 2013. But the Fortenberrys have – no pun intended – put a lot of faith in the hope that Spinraza represents.

The medicine, dad Don says, is nothing short of a miracle.

“I call our doctor ‘superman’ because he is the one injecting this drug into our little baby and it’s just amazing,” he says.

Amazing is a word that gets used a lot when describing the spunky 5-year-old from Texas.

Diagnosed at 17 months, Faith is an incredibly inspiring young girl who doesn’t let living with SMA stop her from being a kid. As mom Leeann says, “She’s silly. She’s bossy. She doesn’t let anything stop her. If someone asks what’s wrong, she immediately says, ‘I have a muscular disease. Big deal.’ Her personality is just bubbly. She’s confident. She’s smart. You know, we karaoke Thursday nights and she’s been getting up since she was two years old and taking that mic and letting everyone know who’s boss. I could never ask for a better kiddo. She’s just fun. She’s positive. She’s happy. She’s sassy. Sometimes I don’t even believe that she thinks anything’s wrong with her.

Dad Don echoes that sentiment. “Faith is a magnet for other kids. She has a very loving heart and has an imagination that’s off the charts. Earlier today she told me about the ‘rainforest’ in the backyard – which is really just bushes – but to her it’s so real. She plays with other kids and just makes up games on the fly.” 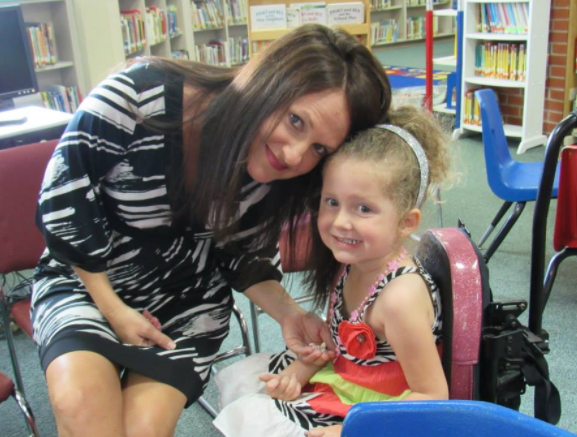 To hear Don explain it, Faith had little choice but to be outgoing like her parents. “It’s just built into both of our families.  She doesn’t meet a stranger. When we go out to eat here in town and she’s using her power chair, she’ll roll around and, you know, just drive on up to the families with other kids and start interacting with those kids. And we let her do it. We don’t hold her back on anything.”

And now SMA won’t be holding her back, either. The Fortenberrys are grateful that there is a treatment for their little girl but also optimistic about what the future holds for everyone who lives – or loves someone – with a neuromuscular disease.

“It’s not just Faith who will benefit from Spinraza,” Don says “This drug will spin off other drugs for other families and for other muscle diseases and it will open up avenues and possibilities for others.”

That’s why it so important, the Fortenberrys say, to continue funding research, not just for their Faith, but for families in hometowns across America.

“The Muscular Dystrophy Association is everything for families like us. Without it our kids wouldn’t have MDA Summer Camp where they get to go every year for one week and just be a regular kid. Without it there wouldn’t be drugs like Spinraza. So it’s so important for people to give and to help,” says Leeann.

Help adults and kids like Faith continue to live longer and grow stronger.