Justin Moy isn’t one to pass up an adventure. The 15-year-old’s vocabulary doesn’t include the word “no” or the phrase “I can’t.”

The high school junior was born with congenital muscular dystrophy (CMD). Justin has limited mobility in his legs and arms, so he uses a wheelchair to get around and sometimes asks for help if he needs to reach for something or open a door.

CMD doesn’t hold Justin back. He finds a way to do whatever he wants to do, whether that’s getting a jar of peanut butter from a high shelf or participating in a half-marathon in Chicago with a friend who’s an avid runner.

That’s actually happened three times — at two half-marathons in Chicago and one in Indianapolis. His friend came up with the idea to run the races while pushing Justin along the course. When his friend presented the idea, Justin’s response was, as always, “yes.”

“I was like, ‘Oh, OK,'” Justin recalls. “It’s not every day that somebody asks you, ‘Do you want to go get pushed in a half-marathon?’ So that was definitely a new experience.”

Justin has a way of collecting new experiences. Like when he and that same friend traveled across Iowa by bike.

“My family in general is very big into bike riding, and so, again, when the same friend asked, ‘Hey, do you want to be pulled in a 500-plus-mile bike ride across Iowa?’ I was like, ‘Sure,'” Justin says. “And it was definitely a lot of fun.”

Whenever an opportunity for adventure presents itself, his answer is simple. Yes. That’s how Justin lives unlimited.

“There are so many opportunities, and if you say no, you’re missing an opportunity,” he says. “If you just say yes, you’re going to get a lot more than the challenges that you face.”

This attitude has gotten him to the rim of the Grand Canyon with his family, in a fashion show modeling clothing for people with disabilities and on a road trip across the country.

Justin even went to China with his high school Chinese class. He stayed with a host family and he and his classmates visited Shanghai, Hangzhou, Beijing and Xian, where he saw the Terracotta Warriors. He’d done a project on the ancient army of sculptures in fourth grade.

It was Justin’s first trip abroad without his family. He was slightly nervous about the challenges but knew to expect them — especially when it came to accessibility.

During the school year, Justin hits the stage. He was stage manager for his school’s production of Shakespeare’s “Much Ado About Nothing” and also participated in past productions of “Chicago” and “Phantom of the Opera.”

The next big adventure is only a couple of years away for the high school junior.

“I obviously want to go to college. That’s definitely on my to-do list,” Justin says with a chuckle.

He wants to study computer science, one of his passions, or biochemistry, so he can help other people like him.

“Since I’ve been little, I’ve always wanted to know more about my condition and I’ve always felt like biochemistry and genetics are a good way to try and help with my condition,” Justin says. “Ideally I want to be able to contribute scientifically to find a cure for muscular dystrophy.” 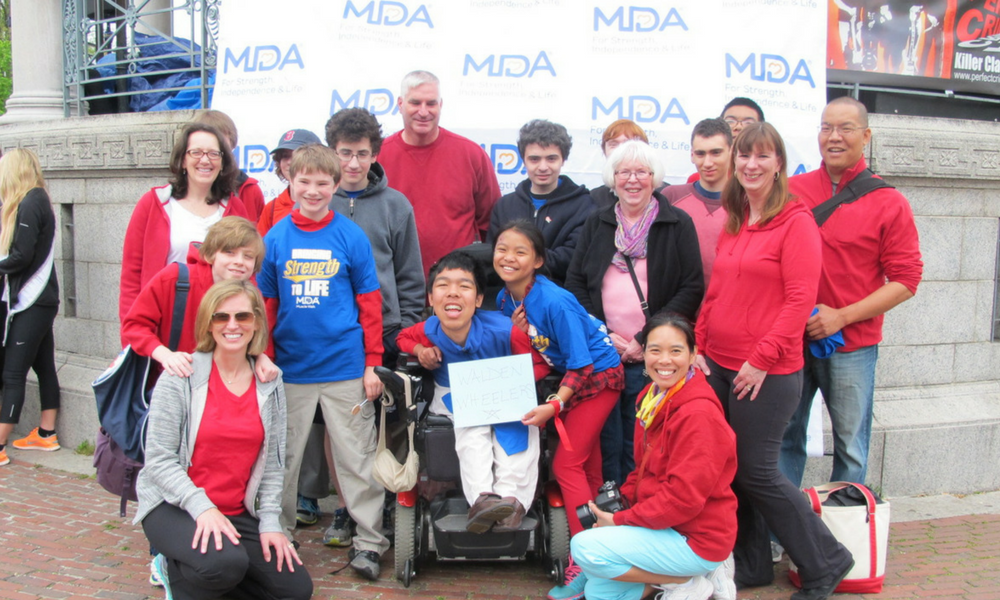 If anyone can do it, it’s Justin.