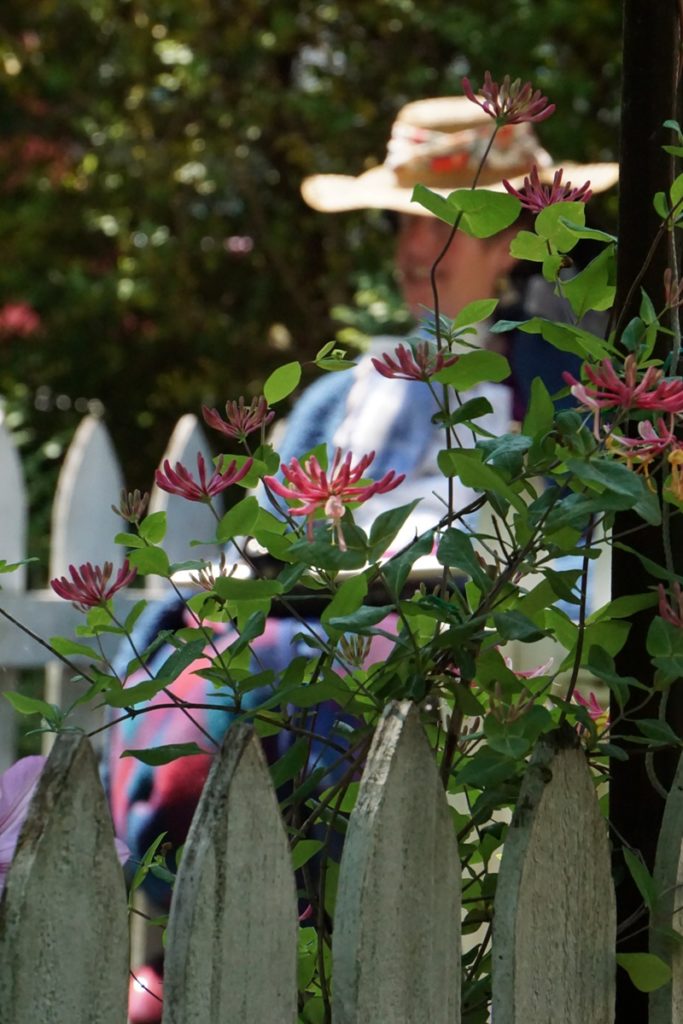 Our garden has taught me so many things about life.

We’ve always had a garden, since we moved into our house in 1989. Our elderly neighbors, who have passed from this world, once told us that the place where we were putting our garden had very rich soil from one of the previous owners. That garden must have been well-loved, because we discovered a couple of friendly looking garden plaques under the dirt when we were digging our garden bed. They looked like they had been there a long time and that it had been a good while since that patch of dirt had been loved. Well, that was going to change!

That was the first lesson I learned from our garden. Plants, like people, need to grow in a nurturing environment and people need to feel the love of God, family and friends, especially when life doesn’t turn out to be a bed of roses. The love of God is a given in our lives, but when bad things happen to us, we may feel separated from God.

It’s always sad when plants don’t return in the spring. After all, you pay more for perennials, because they are supposed to come back year after year. We lost quite a few this year. Who knows why plants don’t come back? Maybe the winter was particularly harsh. Maybe they weren’t happy with the amount of sun or shade they were getting. Maybe the soil or critters or mildew? The point is that those plants weren’t able to accept the situation they found themselves in.

Acceptance is an important part of life for people. God never promised us that there would be no suffering in this world. That flew out the window when Eve took that first bite of apple. (Way to go, Eve!) Acceptance doesn’t make our situation go away, but it can lead to a greater sense of peace for ourselves and those around us.

About a year ago, our neighbor across the side street decided to cut down all of his beautiful trees lining the street. I can’t tell you how happy that made us… NOT! That allowed much more sun into our two shade beds in the garden. The plants were not happy about that and they let us know they didn’t like it. We watched some of them literally burn up in the sun. I was surprised that any of those plants returned this year, but most of them did. They’re fighters! We have three big hostas at the front of one of those shade beds. One of those hostas has always been especially sensitive to the sun. It started reacting to the sun earlier in the spring, but I’ve noticed that the middle hosta seems to have grown even bigger and is giving it a little protection.

Adversity often brings out the fight in people and plants. The will to survive is strong in both. Sometimes you can alter your circumstances by adapting what you’re doing.

In the last few months I have developed a serious back problem. It would appear that, after 23 years of ALS, my spine no longer wants to support me. Three different times, my husband, Curry, has leaned me forward a little to adjust something and there has been an incredible zing of pain inside my spine. The one in the middle of my back seems to have healed, but the one in my lower back is stubbornly hanging on and causing me a lot of pain. We’ve adapted the way Curry and the nurses are moving me to reduce the pain and the chance of further injury. I don’t think my spine will ever be what it was because it has absolutely no muscle support, but I might be able to learn to live with it, with the good Lord’s help.

Never make assumptions about plants or people! They will always surprise you. If the plant container or the tag or the seed packet says it will grow to around 24″, don’t be astounded when it grows to twice that! It can be a surprise in a good way, like in the case of our fleece flower. We had no idea it would grow so big or branch out so fully or drape so gracefully above the other plants in that shade bed.

Other plants have not been such wonderful surprises, like the black & bloom salvia we planted near the front of the butterfly bush bed beside the little birdbath. The first year it was perfect and nestled just above the birdbath. The next year it went miracle-grow crazy and got really big! This is its fourth year and it’s bigger still. Curry is going to do a little research on whether Mr. Black & Bloom can be pruned and still bloom, because it is now blocking the sun from the Black-eyed Susans!

It’s never a good idea to make assumptions about people. You are either going to underestimate or overestimate their potential to fill a position, be your friend or any number of things. Both ways are not being fair to someone. Maybe you’re crazy about someone and have unrealistic expectations about them. You end up being disappointed and they might feel like they’ve let you down. Underestimating someone can be equally bad, because you could miss out on knowing an incredible person. I can’t tell you the number of times I’ve been ready to give up on a nurse because they were taking so very long to learn our routine. Some of my favorite nurses have come from these initially slow learners.

Bottom line, a garden is a thing of beauty and should be honored as such. And people, who were created in God’s image, are creations of beauty. Oh, sure, you have some bad apples in the bunch, but they are the ones who don’t recognize their inner beauty and goodness and have allowed spiritual “weeds” to grow inside them. I know that no matter how much ALS disfigures me in the world’s eyes, I will always be beautiful in God’s eyes… And isn’t He the only One who truly matters?