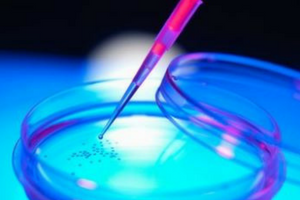 Encouraging results from an MDA-supported study, conducted in collaboration with Ionis Pharmaceuticals and published Jan. 4 in the journal Neuron, have revealed a potential new strategy to treat spinal muscular atrophy (SMA). If it proves successful, the new approach could be combined with Spinraza (nusinersen), a new drug developed by Ionis Pharmaceuticals and recently approved by the FDA to treat SMA, to boost the effectiveness of the therapy.

Study investigators identified a long non-coding RNA (lncRNA) present in human nerve cells, called motor neurons, that are affected in SMA. (RNA is the chemical step between DNA and protein manufacturing.) The naturally-occurring lncRNA is a special type of RNA that does not encode for protein.

The investigators determined that the lncRNA represses production of the needed SMN protein (deficient in SMA) by inhibiting transcription of the SMN2 backup gene. Working with Ionis Pharmaceuticals, investigators developed a strand of modified DNA, called an antisense oligonucleotide (ASO), that binds to and blocks the lncRNA, and showed it could increase SMN protein production.

The new approach potentially could be combined with Spinraza, to provide an additive effect. Study investigators showed that in mice with an SMA-like disease, the combination of the new ASO and a drug similar to Spinraza led to better outcomes than were seen in mice treated with either of the two drugs alone.

MDA funded Constantin d’Ydewalle, postdoctoral fellow at Johns Hopkins School of Medicine in Baltimore, working in Charlotte Sumner’s laboratory, for these studies. The work, funded by an MDA development grant and co-funded by the American Association of Neuromuscular & Electrodiagnostic Medicine Foundation for Research and Education (AANEM), may lead to the development of a new treatment that could be useful by itself or in combination with other therapies in development for SMA.