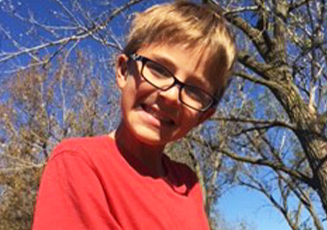 Owen Prenger of Brandon, S.D., is the embodiment of the MDA’s “Live Unlimited” motto.

The active 10-year-old has numerous passions and interests. Above all, he loves to learn and is in the gifted education program in his fourth-grade class. Outside of school, he loves to play Minecraft, his favorite video game, and watch football, especially his beloved New Orleans Saints and New England Patriots. When he needs a break from electronics, he can always be found with a book.

Owen is a fan of the outdoors, where he rides around on his motorized scooter and, when the opportunity presents itself, climbs trees.

“He has to get pulled out of trees a lot,” his mother, Sarah, says, laughing.

Owen, the MDA State Goodwill Ambassador for South Dakota, lives with Becker muscular dystrophy and doesn’t let the symptoms of his disease get in his way of living life to the fullest. Although the symptoms are beginning to manifest, he knows that with the support of his family and MDA, he can still achieve any goal he sets.

“Your dreams do not have to change”

Owen’s diagnostic journey began a little more than a year ago.

“It was the last day of second grade,” Sarah says. “He was walking home from a field trip when his legs cramped up and he couldn’t walk anymore. His teachers carried him back to school. Because of that, we went and saw a doctor and spent a few days in the hospital.” 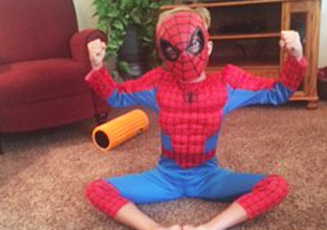 The Prengers visited Sanford Children’s Hospital in Sioux Falls, S.D. After a battery of tests, the doctor decided to also test for muscular dystrophy. About a month later, the doctors told the Prengers that Owen had Becker muscular dystrophy, a spontaneous mutation not passed down by his parents, Sarah and Scott, nor shared by his younger siblings, Kendall and Drew. Becker is characterized by progressive muscle weakness starting anywhere from late childhood into adolescence.

Today, Owen is starting to experience symptoms more and more, even falling on occasion. He does not yet use a wheelchair or assistive devices, but he does get tired and has to take frequent breaks.

The diagnosis was tough to hear at first.

“Everything just changed and got wiped off the slate,” Sarah says.

Part of what worried Sarah and Scott about the diagnosis was what type of life Owen would live with the disease. Knowing the fear inherent in a muscular dystrophy diagnosis, Owen’s doctor ensured him and his family that, despite the muscle weakness, there was no goal he could not achieve.

“Your dreams do not have to change,” the doctor said emphatically.

Those words have stayed with the Prengers ever since, enabling Owen to continue to live without limits.

The support of MDA 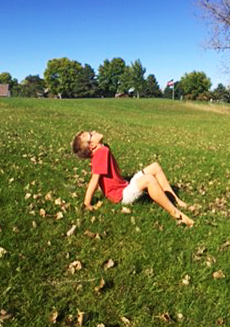 After the Becker diagnosis, MDA became an important part of Owen’s life, providing support and resources that have been integral to his development.

“We reached out to the MDA, and they were so supportive,” Sarah says. “People were telling us it was going to be OK.”

This past year, Owen had the opportunity to participate in his first MDA Summer Camp in northern Minnesota. Owen, as evidenced by his love of climbing trees, took right to the outdoor activities. According to Sarah, he loved everything — fishing, mini golf, zip lining and playing with football cards. Owen also enjoyed making friends with other campers with muscular dystrophy.

This year, the Prenger family took part in their first MDA Muscle Walk in Sioux Falls on a team called The Young Warriors. The Prengers found it inspirational and exciting to be around other families raising money for MDA.

Owen had a blast.

“After the first loop around the track, he took off running!” Sarah says.

As a goodwill ambassador, Owen has had the opportunity to participate in fundraisers throughout South Dakota and meet those who raise money on behalf of MDA. Owen was especially excited to meet the firefighters in his local town of Brandon, who gave him a real fireman’s patch and drove the entire Prenger family around the block in a fire truck.

The support of others, including MDA, has empowered Owen to believe that, no matter the effects muscular dystrophy has on his muscles, the future is bright.

“I believe in Owen,” Sarah says. “There’s nothing this boy cannot do. It is immensely motivating to me, as a human, to watch him, how driven he is, the things he can push through, even when his legs are hurting.

“His dreams are the same,” she says. “It’s just how he gets there that will be different.”