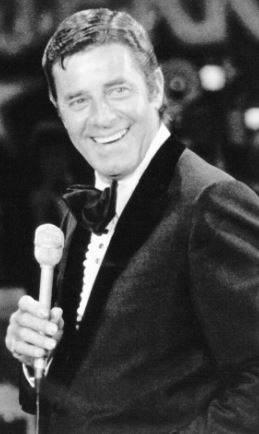 For many, Labor Day weekend is synonymous with the late Jerry Lewis. Year after year, millions of people stayed up into the wee hours of the night to watch Jerry sing and dance with pals like Dean Martin and Frank Sinatra and laughed out loud at Jerry’s antics during MDA’s annual telethon. His creative spirit and generosity are etched into the minds and hearts of so many.

Donnie first watched the MDA telethon in 1973 at age 12, the same year he was diagnosed with Charcot-Marie-Tooth disease (CMT).

“I had grown up watching Jerry Lewis and Bing Crosby and Dean Martin, so Jerry had already been a hero of mine, even before I started watching the telethon,” Donnie says.

Donnie’s admiration for Jerry only grew throughout the years, watching as Jerry continued crusading for treatments and cures for muscular dystrophy, ALS and related life-threatening diseases.

“I remember I had a tough time staying awake to watch the telethon and was amazed that Jerry could stay up for hours hosting it,” Donnie says.

Deciding to say thanks

Growing up, Donnie had an adventurous streak. After watching The US Festival, a music and culture event, on MTV in 1982, he decided he would attend the festival the following year.

Staying true to plan, the next year Donnie bought a tent and made his way from his home in Missouri to California for the festival. In his anticipation, Donnie was the first to arrive at the festival, garnering media publicity from local outlets. Donnie remembers being asked what he planned to do after the festival.

“I told them I wanted to meet Jerry Lewis, and it was then I got the idea to go to Las Vegas to meet him in person someday. Growing up, my dad always taught me the importance of saying thank you, and I wanted to personally thank Jerry Lewis for making me not feel alone,” Donnie says.

After the music festival Donnie returned to Missouri, but not for long. 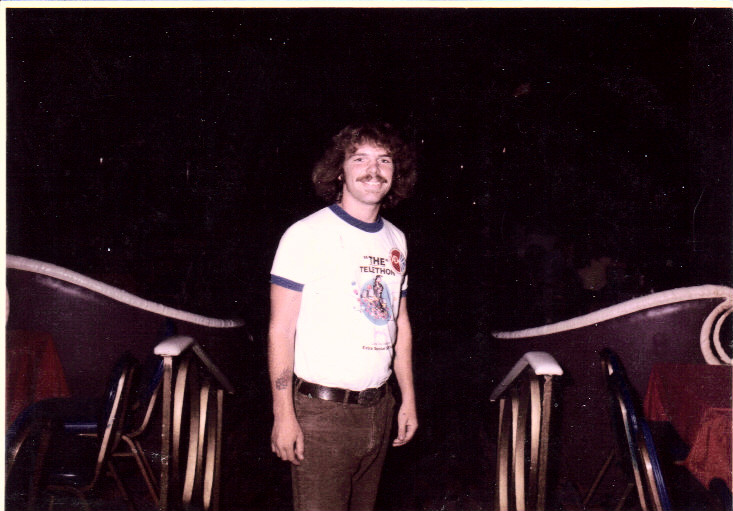 “Things worked out well when I traveled to California for the music festival, so I decided to hitchhike to Las Vegas to meet Jerry Lewis, where I knew he would be filming the telethon,” Donnie says.

Donnie, during his trip to Las Vegas to meet Jerry LewisDonnie’s mother gave him a ride to Kansas City, Mo., where she dropped him off, and he found a ride to Abilene, Kan. From there, Donnie hitched a ride from a gentleman who took him from Kansas to the parking lot of Caesar’s Palace in Las Vegas.

After arriving, Donnie roamed the Las Vegas strip while deciding what to do next.

Knowing publicity could help him reach his goal of meeting Jerry Lewis, Donnie found a phone book and got to work reaching out to local media outlets to get the word out. He successfully connected with the Las Vegas Sun, who shared his story.

“Someone connected with the telethon heard my story and invited me to meet Jerry at Caesar’s Palace. I was waiting in the lobby for a while and I finally looked up and there is my hero — Jerry Lewis,” Donnie says.

He admits he was star-struck.

“I had a short conversation with Jerry,” Donnie says. “I introduced myself, told him I had CMT and that I was one of ‘his kids.’ I thanked him for everything he had done for MDA and for letting me know I wasn’t alone.”

He was invited to watch rehearsals and ended up volunteering to answer phones at that telethon as well.

Though decades have passed since Donnie’s encounter with Jerry, he’s still impacted by that moment.

“The moment I met Jerry Lewis means more to me than I could ever explain,” Donnie says. “My dad’s name is John, but I will always be one of Jerry’s kids.”

At a Cedars-Sinai Care Center, Dr. Robert Baloh Looks Under — and Ahead of — the Microscope for CMT and ALS