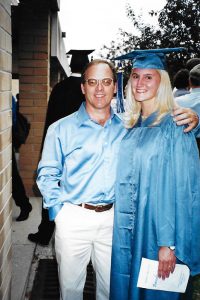 I had never heard of ALS (amyotrophic lateral sclerosis) before my dad was diagnosed. Those three letters had no significant meaning to me or my family. Now, they are still all around us, in our day to day, swirling through our minds like windswept leaves. They are forever present, always staring back at us, in the last pictures we have of him.

My dad, Barry Cotterman, was diagnosed with ALS in 2005. It began with slurred speech, many diagnostic tests, scans, probes and a misdiagnosis of multiple sclerosis, later to be updated and finalized as a death sentence. Dad was a very strong, happy, funny, lovable, gentle man. Even typing this out, it hits me that I am speaking of him in the past tense. I never thought I would. As children, we think our parents will live forever. I honestly never imagined a life without my dad in it, and I never wanted to, not for a single second. But then ALS struck. Out of the shadows it emerged, a nightmare that we all wished we could wake from, but sadly, we couldn’t will it to go away.

We all went through a lot of emotions, starting with shock, disbelief, and sadness that turned to anger, rage, and then finally acceptance. Dad, however, went through shock and sadness straight to acceptance. Immediately after his diagnosis, he began riding his bike, for several miles each day, to build his strength up even more.

He kept saying, “This isn’t going to defeat me.” 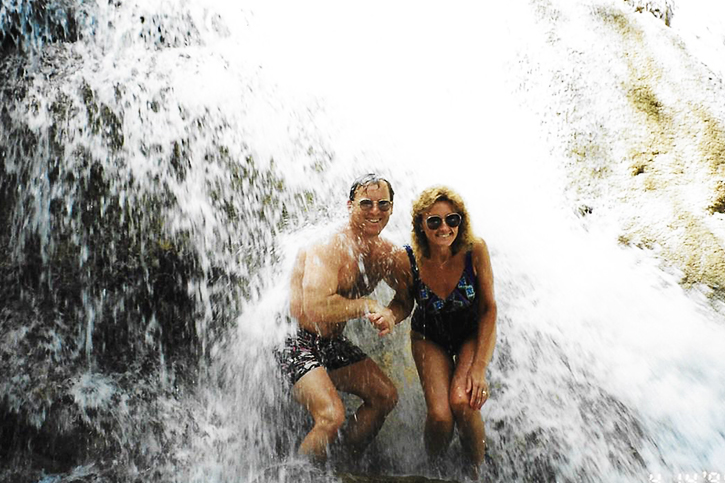 Ultimately, ALS did defeat his body, but it never, ever defeated his spirit or soul. He was a very muscular man to begin with, working at General Motors in Dayton, Ohio. He loved cars and was a drag racer for many years. Dad was just an all-around great guy who would do anything for anyone and not expect anything in return. He loved to talk to people (lots of people!), and he never met a stranger. Anyone and everyone who knew him would all say the same thing — that he always had a smile on his face, even after being dealt the horrid diagnosis. For this disease to strike someone like him just took the air right out of us.

I, personally, went through a self-destructive internal struggle. I was angry all the time and stopped caring about things I once had. I knew my dad was going to die, and I just couldn’t understand why. A couple of years went by, and I remember asking him, “How can you not be angry about this? Aren’t you mad?!” And he calmly looked over at me, shrugged his shoulders and simply said, “What is being angry going to do about it? Is it going to make me better? Magically cure me? No. So, why should I be angry all the time? What happened isn’t fair at all, but it happened.” And he smiled at me. At that moment, a large part of my anger disappeared, and I decided that if he could be OK with what was happening to him, I would be OK, too. Instead of feeling despair, I became proactive: I created an ALS Walk team, recruited family and friends, promoted it, set up multiple fundraisers, began a movement called Moving Out ALS and raised awareness any way that I could, which led to writing a children’s book about ALS called “Walk Like Penguins.”

When I was younger, I always pictured my dad teaching his grandchildren how to swim, how to dive, how to fish, how to play soccer — enjoying being a grandpa. But life didn’t turn out so fairytale for him or us. My daughter asked me a lot of times as she grew older why her Pop-pop couldn’t play with her like her other Pop-pop could. I wasn’t quite sure how to answer her at first without scaring her. I looked for any books explaining ALS to children and could not find any. So, being a writer, I decided to write one.

I took my daughter’s questions and my answers and filled the book with the ways that my children made memories with my dad. They started with walking like the penguins at the zoo (because of Dad’s gait, the way he walked around reminded them of how penguins walked). They rode around on his wheelchair as if it were a spaceship, making their way up and down the sidewalk. They watched movies with him. They asked him about when he would waterski and scuba dive. 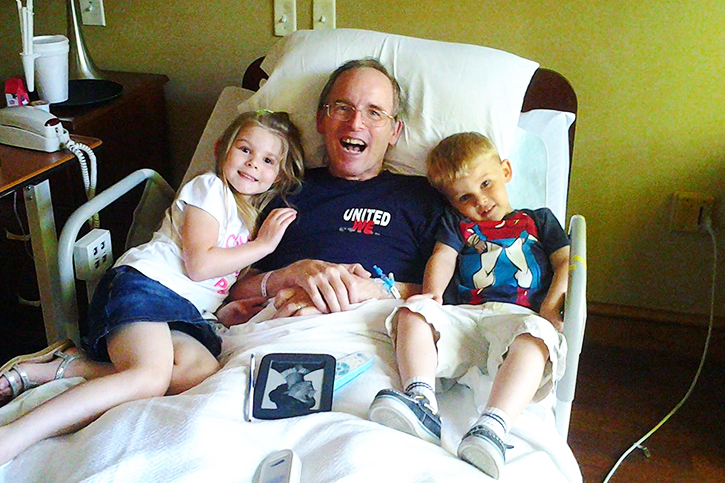 Dad told me one afternoon that it hurt him that he could not play with them, pick them up when they desperately wanted him to hold them or even simply give them a tight hug. It was heartbreaking for me to watch also, because Dad had been such a masculine man, so physically strong, and right in front of all of us, he was becoming a shell of himself, needing my mom to feed him, hold his glass up and place a straw into his mouth so he could drink. But him not being able to play and enjoy his years as a grandfather were really what drove the realization home that ALS was going to win, that no matter how hard we fought it, it was resilient.

I told Dad about the book I wanted to write and even made sure the title, “Walk Like Penguins” was acceptable and non-offensive to someone living with ALS. He loved the title because he knew that my children were thinking only innocently, and that is how they saw him: a person who once walked like penguins. 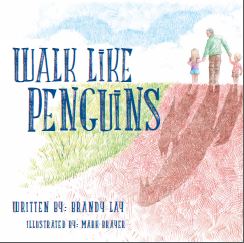 I immediately began writing and told him all of the book’s proceeds would be donated to various ALS organizations. If I could not create a cure myself, then I was certainly going to do everything in my power to get funds to scientists who could. I also wanted my children to know that ALS did not mean they had to quit making memories. Memories did not have to fit the cookie-cutter mold of fishing, swimming and swinging but could be anything that made them reflect fondly on time well spent with someone they loved.

On a brisk, sunny day in January, my dad passed away after living with ALS for almost 10 years. Mom had called me to tell me that he had a very bad night, but she would keep me updated. The next call was to tell me that he was gone. The last thing I whispered to Dad the day before was, “You know I love you, Dad,” and I kissed him softly upon his cheek as I inhaled the smell of his cologne. Deep down, I think I knew it was the last time I was going to see him, but I still couldn’t bring myself to say any sort of final goodbye. 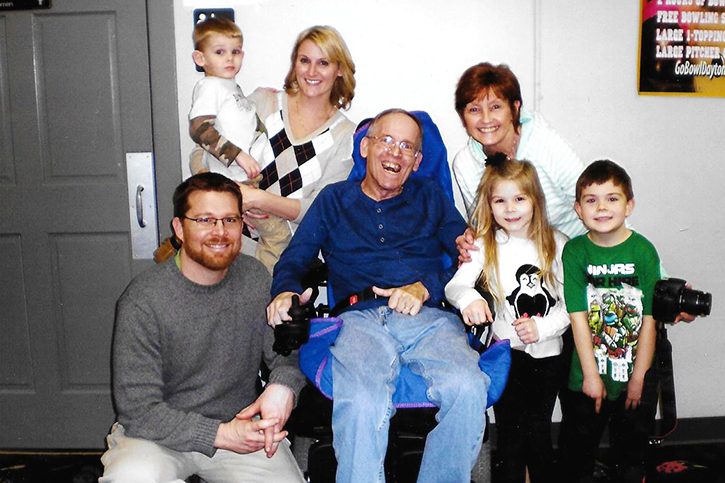 I continue to raise awareness for this orphan disease by trying to keep it in the spotlight where it needs to be and, ultimately, by helping others through fundraisers, campaigns and writing books. I believe one day no one will ever have to fear an ALS diagnosis. That someday there will be survivor groups for those who overcame ALS, and no more loved ones will be lost in its devastation.

It is what Dad wanted.

Brandy Lay’s children’s book, “Walk Like Penguins,” is now available for purchase on Amazon. Part of the proceeds benefits ALS research with MDA.

Help support ALS research with MDA for families like Brandy’s.

GIVE TO ALS RESEARCH