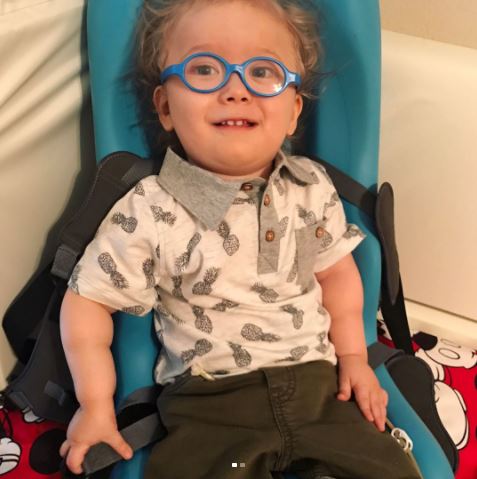 Kristen Resendez was on the verge of tears when she saw her son Jack, who lives with Spinal Muscular Atrophy (SMA) type 1, operating a power wheelchair for the first time.

The power chair Jack was testing out, which was provided by Numotion, uses a sensor adaptive headrest, which Jack mastered just moments after he took a seat in the power chair.

“At first I thought Michael, one of our contacts from Numotion, was operating the power chair with a remote, but we quickly realized that Jack had figured out how to move the chair all on his own,” says Kristen.

Jack was also able to test the power chair outdoors, exploring a newfound sense of freedom.

“When Jack used the power chair outside, he headed straight for the grass. He was just exploring like a little boy. He usually can’t roam around but this gave him the independence to do so,” says Kristen.

And that’s exactly how it should be, say representatives of Numotion. “Improving the lives of people with disabilities by helping them actively participate in everyday life is our mission at Numotion,” says Chris Till, Numotion VP of Communications. “Complex Rehab Technology – like Jack’s power wheelchair – gives him increased mobility and independence so he can enjoy new experiences, engage in life and achieve his goals.” 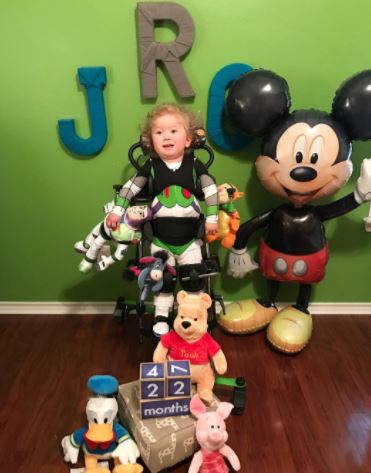 Jack was diagnosed with SMA in October 2015 at just 7 weeks old. Living in south Texas, he received his diagnosis from the only pediatric neurologist in the area and Kristen was told there was not much they could do to support Jack.

Kristen refused to accept that answer.

Thanks to previous connections Kristen had made while working as a personal trainer in Dallas, she was able to connect with a doctor at the MDA Care Center in Dallas.

Kristen contacted the MDA Care Center on a Monday and was initially told her son would not be able to be seen for six months. However, realizing the urgency, the MDA Care Center doctor saw Kristen and Jack just two days later, on Wednesday of that same week. The doctor prescribed Jack a handful of tests, including an EKG, MRI, blood work, swallow study and more and Kristen had to quickly learn how to administer all of Jack’s treatments.

While it was challenging to find hope, Jack’s doctor informed Kristen about the clinical trial for Spinraza and said that Jack would be able to begin the trial two months later.

Again, filled with a sense of urgency, Kristen asked the doctors if Jack could start the trial sooner. Within three weeks Jack was back in Dallas beginning the trial. They quickly saw small gains as Jack began wiggling his toes, looking to the right and left and posing his feet. After receiving his fifth injection Jack rolled over by himself for the first time in November, 2016.

Another huge milestone Jack accomplished was navigating a power chair by himself. 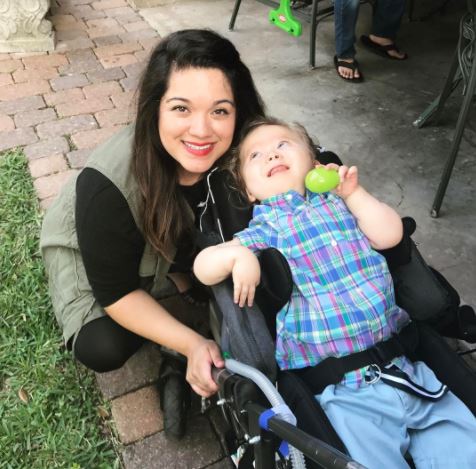 “It’s rare to see kids with SMA type 1 in a power chair but Jack was able to use one,” says Kristen.

Though they are just beginning the power chair journey, their contacts at Numotion have been an incredible support throughout the process.

“Michael and Miguel go above and beyond to help us with Jack’s power chair needs. I can call them at any time and they are there to help,” shares Kristen.

Jack also just received a Sleep Safe bed from Numotion, which Kristen described as a blessing.

“It’s a big electrical bed and when Jack’s hands get stronger he’ll be able to move and adjust the bed to his comfort,” shares Kristen.

Now that Jack’s gotten a taste of the freedom a power wheel chair can offer, the family hopes insurance will approve him for a power chair of his own soon. Kristen is optimistic they will have the power chair by December, when Jack will be the ring bearer in his uncle’s wedding so he can experience the freedom of strutting down the aisle all by himself.