Like many fire fighters, Brian Glenn, Battalion Chief – EMS in the Denton Fire Department, was aware of MDA because of the International Association of Fire Fighter’s long commitment to raising money for treatments and cures for muscular dystrophy and related diseases. Since 1954, fire fighters have been asking their community to “fill the boot” with donations to MDA.

But Brian got a glimpse into the urgency of the cause 25 years ago while attending the IAFF biannual convention in Brownsville, Texas. Casey Trudico, an MDA goodwill ambassador who lived with spinal muscular atrophy (SMA), had come to speak at the convention, but she was having trouble breathing. “She actually arrived sick, and they asked if anyone there was a paramedic to take a look at her,” Brian recalls. “I was five hundred miles from home, completely out of my element and not expecting to do any kind of emergency work or medical work.”

He jumped into action to try to save her. “As we pulled into the hospital and started in, she took her last breath,” Brian recalls. Casey died in his arms. 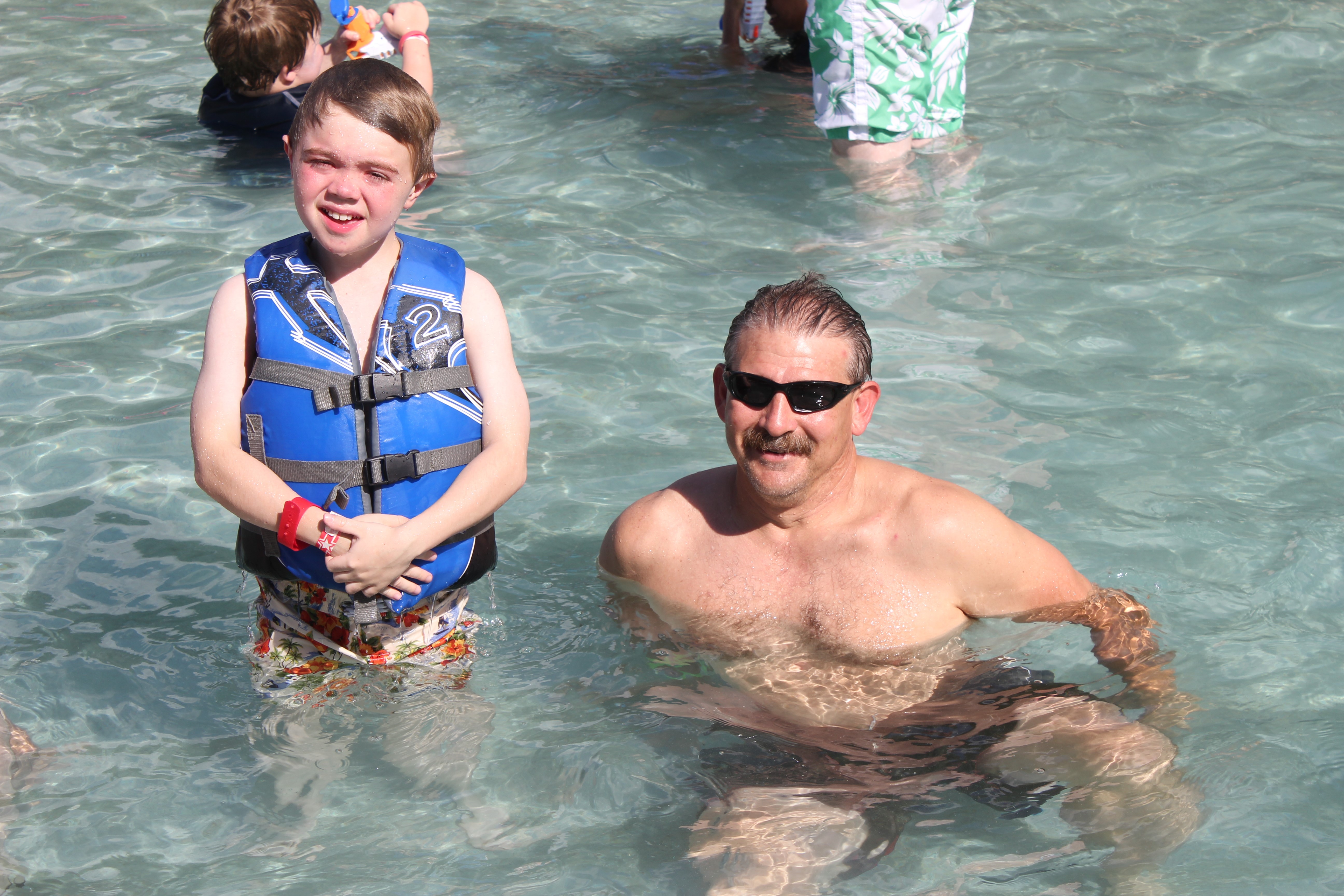 Brian was forever changed. A few years after meeting Casey, Brian visited the Dallas-area MDA Summer Camp where a fellow fire fighter was volunteering as a counselor. Brian had intended to become a counselor too, but life got in the way. Luckily, his trip reignited his commitment. “That one day of seeing first-hand what a magical place the camp setting was, seeing the kids participate in activities, and most importantly getting the perspective of the Denton fire fighter counselor, the next year we both returned.”

There are about 20 fire fighters from Denton who volunteer as MDA Summer Camp counselors now — out of a force of 100. “We were able to get more volunteer camp counselors than Dallas, which has more than 1,000 fire fighters,” Brian says. The camaraderie that makes them great counselors is evident in their daily lives, too. “We know how to work in the station together, and wake up in the middle of the night together and take care of business, and still not be too grumpy the next day when you haven’t had much sleep.”

Brian has also been the coordinator for Fill the Boot for Local 1291, for the past 20 years. One year, the mayor of Denton didn’t want fire fighters taking to the streets to ask for money, and after going to parking lots and other out of the way places, it was clear that their fundraising efforts had suffered. So the Denton Fire Department organized a golf classic as an alternative fundraiser. Brian wasn’t a golfer, but he said would go out and help the day of the tournament. But, like so many things, Brian jumped in to help organize it.

Brian estimates that Local 1291 raises $50,000 between Fill the Boot and the golf classic, which is now in its 28th year. “The money we raise goes to camp, but more importantly, 90 percent of it goes to pay for the research that will hopefully find a cure so that one day we won’t need summer camp.”

For Brian, volunteering at MDA Summer Camp is certainly about helping kids living with muscular dystrophy, SMA, and other neuromuscular diseases, but it’s also about the whole family.

“One year, I met one of my kids’ dad and stepmom. But I found out that they weren’t married and they had never gotten married because they couldn’t take the time. So during camp one year, they were actually able to go get married,” Brian says.

Brian’s advice to others considering becoming MDA camp counselors? Don’t think about what’s in your way; focus on the reward. “My first year as a counselor, I had a million other things and commitments, a part-time job, a daughter and everything else. And it’s just like, how do you find a week out of your time? ” Brain asks. “But after that first year, I was like, that one week puts the other 51 weeks into perspective, and just makes them all so much more valuable.”

Now he says camp is always part of the plan. “I will always be able to find the time to carve a week out of my year to do that.”