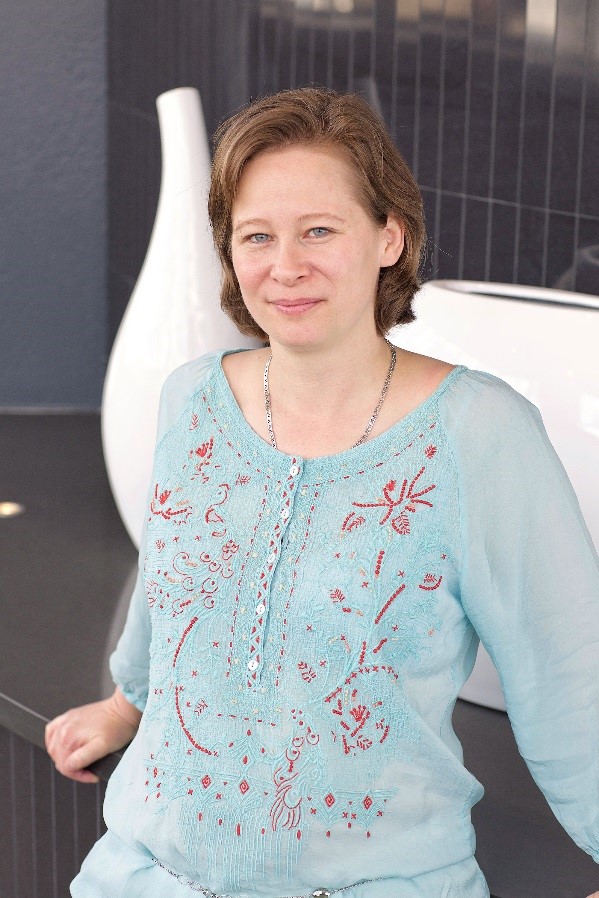 Christine Vande Velde, associate professor at the University of Montreal CHUM Research Center in Montreal, Quebec (Canada), was awarded an MDA research grant totaling $300,000 over a period of three years to study what goes wrong in amyotrophic lateral sclerosis (ALS) caused by mutations in the superoxide dismutase 1 (SOD1) gene. In ALS patients with SOD1 genetic mutations, the SOD1 protein does not adopt the correct shape, leading to its abnormal interaction with cellular energy factories known as mitochondria. Vande Velde will examine how this interaction occurs, with the future goal of blocking this inappropriate interaction as a potential ALS therapy.

ALS is a progressive and ultimately fatal neurodegenerative disease, characterized by the loss of specialized neurons that control voluntary muscle movement. The loss of these neurons, termed motor neurons, results in progressive weakening and ultimately paralysis of skeletal muscles. Affected individuals gradually lose their ability to move, speak, swallow and eventually breathe. The biological basis of specificity and the mechanism of how motor neurons are lost in ALS remains unknown.

The second most common cause of familial inherited ALS and a portion of non-inherited sporadically occurring ALS cases are due to genetic mutations in superoxide dismutase 1. Mutant SOD1 protein adopts a non-normal/misfolded structure, which leads it to associate with motor neuron mitochondria in an aberrant manner. Mitochondria are the power generators of the cells and neurons highly depend on them. The mechanism is unclear, but the association of non-normal SOD1 with these organelles causes damage. Mitochondria are equipped with a quality control system that normally safeguards against such insults. Thus, it is puzzling why damaged mitochondria increasingly accumulate and harm motor neurons in ALS. Using cultures and rodent models of ALS, our research will provide insight on misfolded SOD1 and its influence on mitochondrial quality control, which is a novel pathway for future therapies.

What inspired you to study ALS?

My Ph.D. research was on mitochondria-mediated cell death (apoptosis) in the context of cancer with the late Dr. Arnold Greenberg at the University of Manitoba. Every cell is programmed to die — in cancer, cells don’t die when they should, contributing to tumor formation. In neurodegeneration, cells die when they shouldn’t. At the time, it was becoming clear to me that the next wave in apoptosis research would be to apply it to pathological conditions. My search to find a postdoc lab that used animal models (something I was keen to learn), studied neurodegeneration and mitochondrial impairment led me to ALS.

What is your area of focus within the ALS field and why is it important?

Understanding the basic cell biological mechanisms that have become defective and lead to ALS, and thus serve as therapeutic targets, are my primary focus. Relevant to my current work, mitochondrial impairment is now considered to play a key role in initiating motor neuron degeneration in ALS. Certain forms of misfolded SOD1 target these organelles. The relative potency/toxicity or mechanism of action of the different forms is not well understood, and has direct implications on therapeutic interventions aimed at neutralizing misfolded SOD1.

Many misfolded SOD1 neutralizing therapeutics are currently in various stages of development, thus it is imperative that we better understand the cellular processes that are the primary targets of misfolded SOD1.

Why is it important that MDA continue to fund research in ALS?

It is critical that MDA continue to fund research in this disease field — while we have learned an amazing amount about disease cause/initiation and progression, we have far to go to translate these findings into a therapy. And although therapies tried to date have not yet been successful, they have nearly all advanced the way we think about the disease and improved patient disease management and clinical trial design.

We know more about ALS than we ever did — there is bona fide hope in the research community that a reasonable treatment will be found in our lifetimes.

Our work has implications to other aspects of neurodegeneration involving misfolded proteins and/or mitochondrial impairment, including frontotemporal dementia (FTD), Alzheimer’s disease and Parkinson’s disease.

Your donation can help fund the next breakthrough in ALS research.