As the month of August comes to an end, and the 2015 ALS Ice Bucket Challenge with it, I want to share with you some exciting new research news.

MDA has announced the award of 36 new research and development grants, totaling nearly $10 million, to fight muscular dystrophy, ALS (amyotrophic lateral sclerosis) and related diseases that limit muscle strength and mobility. Eight of these new grants, with a funding commitment of more than $2 million, were awarded to scientists conducting cutting-edge research to better understand ALS, and to identify new drug targets aimed at stopping this devastating disease. 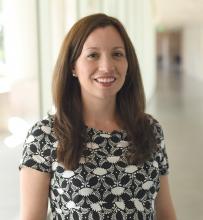 These new grants are now supporting some of the world’s leading ALS researchers as they work to uncover the secrets ALS holds and unlock the pathways to treatments and cures.

To learn more about these new grants, please read below. In addition, I would urge your continued support — it’s what makes urgently needed research like this possible, and it’s what will allow MDA to continue funding the best and most promising ALS research worldwide.

All eight of the new research projects supported by the new grants focus on increasing understanding about the underlying mechanisms of ALS — determining what causes the disease and what happens in ALS-affected cells. These are necessary and important steps that will lead to more drugs in the pipeline to treat ALS.

Taken together, the projects shine a light on both sporadic and familial forms of the disease. They address alterations in the C9ORF72 gene, which cause the most common inherited form of the disease, and mutations in the Fused in Sarcoma (FUS) gene responsible for a subset of ALS cases. They involve a number of laboratory models of ALS, from mouse models to ALS patient-derived stem cells. Several of the projects aim to pinpoint the causes of motor neuron dysfunction and death in the ALS.

Shining a light on C9ORF72

Four of the new research projects focus on increasing understanding of what goes wrong in ALS caused by alterations in the C9ORF72 gene, responsible for the most commonly inherited form of the disease and for a subset of sporadic cases as well.

Justin Ichida, assistant professor in the department of stem cell biology and regenerative medicine at the University of Southern California in Los Angeles, is investigating whether mutations in the C9ORF72 gene lead to a loss of the protein’s normal function or a gain of a toxic new function, and how this could affect motor neuron health in ALS. Knowledge gained from this research will help inform scientists about whether future therapy development should aim to increase the protein’s normal function or reduce toxic downstream effects of altered C9ORF72 protein.

Jeffrey Rothstein, professor of neurology and neuroscience at Johns Hopkins University School of Medicine in Baltimore, is using ALS patient-derived stem cells to investigate the role of nuclear dysfunction in ALS caused by C9ORF72 mutations. In addition to potentially uncovering novel drug targets for the most common inherited form of ALS, Rothstein’s work could identify targets for C9ORF72-related sporadic cases of the disease as well.

Rita Sattler, associate professor of neurobiology at Barrow Neurological Institute, Dignity Health – St. Joseph’s Hospital in Phoenix, is using patient stem cells and new mouse models to investigate whether alterations in the C9ORF72 gene lead to changes in the fine structure of nerve cells, which could affect the transmission of information between nerves. The identification of these changes will give further insight into how C9ORF72 mutations cause ALS and whether therapies targeting these associated changes could be beneficial for patients.

Also working to understand the mechanisms underlying ALS caused by mutations in the C9ORF72 gene, is Davide Trotti, professor of neuroscience at Thomas Jefferson University in Philadelphia. Trotti is studying how the accumulation of protein clumps in patients with C9ORF72 ALS may contribute to motor neuron death. If these protein clumps are shown to drive the ALS disease process, drugs could be developed to block their accumulation or dissolve the clumps.

Alterations in the FUS gene cause a subset of ALS cases. One of the new MDA grants supports a project that aims to arrive at a better appreciation of how FUS abnormalities cause motor neuron death and determine what type of treatment approach may work best for this type of ALS. Another involves study of a new drug target with plans to test a potential therapy for the disease.

Don Cleveland, distinguished professor and chair in the department of cellular and molecular medicine at the University of California, San Diego, in La Jolla, is studying the mechanisms of ALS caused by mutations in the FUS gene. Cleveland and colleagues will be using newly developed mouse models to investigate whether alterations in the FUS gene cause ALS by a loss of the normal function of the FUS protein or through adoption of a new, toxic function of the protein. A better appreciation of how FUS alterations cause motor neuron death will aid in determining what type of treatment approach may work best for this type of ALS.

Haining Zhu, a professor in the department of molecular and cellular biochemistry at the University of Kentucky in Lexington, recently found that the FUS protein in ALS is modified by the addition of a phosphate group — a process called phosphorylation. He’s now working to understand what role phosphorylation of the FUS protein plays in causing the protein to become toxic and whether use of an inhibitor to block phosphorylation can prevent toxicity and normalize FUS function. If successful, Zhu’s work could lead to a new therapeutic strategy for ALS.

Abnormalities arising at the neuromuscular junction occur early in animal models of ALS, and very little is known about the role central synaptic defects play in disrupting neuronal communication with the muscular system. Gary Armstrong, a senior postdoctoral researcher at Université de Montréal in Quebec, Canada, is working to further our understanding of these synaptic defects. A greater understanding of these abnormalities will facilitate the development of the next generation of therapeutics that target early functional defects and slow or stop the progression of ALS.

Despite being primarily a motor neuron disorder, studies in ALS animal models and with patient tissues suggest that cellular abnormalities are not limited to motor neurons. In particular, astrocytes, which are non-neuronal cells with important functions in the central nervous system, are known to play a key role in ALS progression. However, the mechanisms involved in astrocyte contribution to the ALS disease process are not well understood, hampering development of effective therapies for targeting this cell population. Angelo Lepore, assistant professor in the department of neuroscience in Sidney Kimmel Medical College at Thomas Jefferson University in Philadelphia, is examining the role of astrocytes in ALS to increase understanding of how they contribute to motor neuron death and potentially point the way to new therapeutic targets.

At MDA, we’re working hard every day to get safe and effective treatments and cures on the market and available to our families who so urgently need them. These new grants reflect our steadfast commitment to families as they add to MDA-supported research already being conducted in the labs of the best and brightest scientists around the world.

With this new round of grants we continue to lead the fight for a world free of ALS, as we advance frontline discoveries and move ever closer to cures.