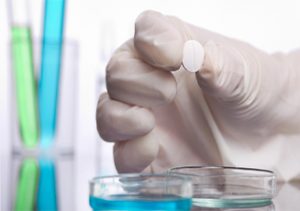 Over the last six decades, MDA has committed $1 billion to research designed to move the world closer to treatments and cures for muscular dystrophy, ALS and related life-threatening diseases. As a result, MDA’s fingerprints are on nearly every major neuromuscular disease research breakthrough, and the progress we continue to see in the field is due in large part to MDA’s commitment to funding the best science out there.

MDA is dedicated to making treatment options available for all the diseases in our program. In recent weeks, three drugs that aim to treat three different diseases have made headlines. Here’s what’s new:

In early August, Biogen and Ionis Pharmaceuticals announced encouraging interim results from the late-stage ENDEAR clinical trial to test the experimental drug nusinersen in infants with type 1 spinal muscular atrophy (SMA). Based on those results, investigators have stopped the trial to allow all participants to transition into an open-label trial called SHINE, in which all infants will be treated with the drug.

Based on these promising results, Biogen plans to file for regulatory approval for nusinersen in the United States and Europe by the end of 2016. In addition, the company is working to open a global expanded-access program for eligible patients with infantile-onset SMA in the coming months.

This breakthrough can trace its roots to an MDA grant. MDA funded foundational work in SMA and invested nearly $750,000 in awards to Adrian Krainer at Cold Spring Harbor Laboratory in New York for early-stage development of nusinersen. Since its inception, MDA has invested more than $45 million in SMA research.

In late August, Marathon Pharmaceuticals announced positive Phase 3 trial results for the investigational drug deflazacort for the treatment of Duchenne muscular dystrophy. The results, published in the journal Neurology, show that individuals taking deflazacort demonstrated significant improvement in muscle strength compared with those who received a placebo in 12 weeks. In addition, results show that deflazacort was associated with less weight gain than prednisone at 12 and 52 weeks.

These results helped form the basis for two New Drug Applications (NDAs) for deflazacort to the U.S. Food and Drug Administration. Both forms of treatment — one for an immediate-release tablet formulation and one for an oral suspension formulation — are currently under Priority Review by the FDA.

Deflazacort, a glucocorticoid, works as an anti-inflammatory and immunosuppressant. In the United States, the drug is considered an investigational therapy, as it has not been approved by the FDA for any disorder. Versions of deflazacort are approved in other countries, but not for DMD.

Osaka-based Mitsubishi Tanabe Pharma‘s NDA for the drug edaravone to treat people with ALS (amyotrophic lateral sclerosis) was accepted by the U.S. Food and Drug Administration in late August.

The Japanese pharmaceutical company said it expects a decision on whether it can market the drug in the United States by June 16, 2017. Edaravone was approved last year in Japan and South Korea for the treatment of ALS and has been approved for the treatment of stroke since 2001. If approved, the medicine would be the first drug approved to treat ALS in the U.S. in more than 20 years.

Edaravone is thought to work by relieving the effects of oxidative stress, which has been suspected to play a role in the death of motor neurons in people with ALS. (Oxidative stress is an imbalance between the production of free radicals and the ability of the body to counteract or detoxify their harmful effects with antioxidants.) MDA has supported research investigating the role of oxidative stress in ALS and other neuromuscular disorders, as well as therapeutic approaches to combat the damage caused by free radicals.

See our Research Impact in 2016