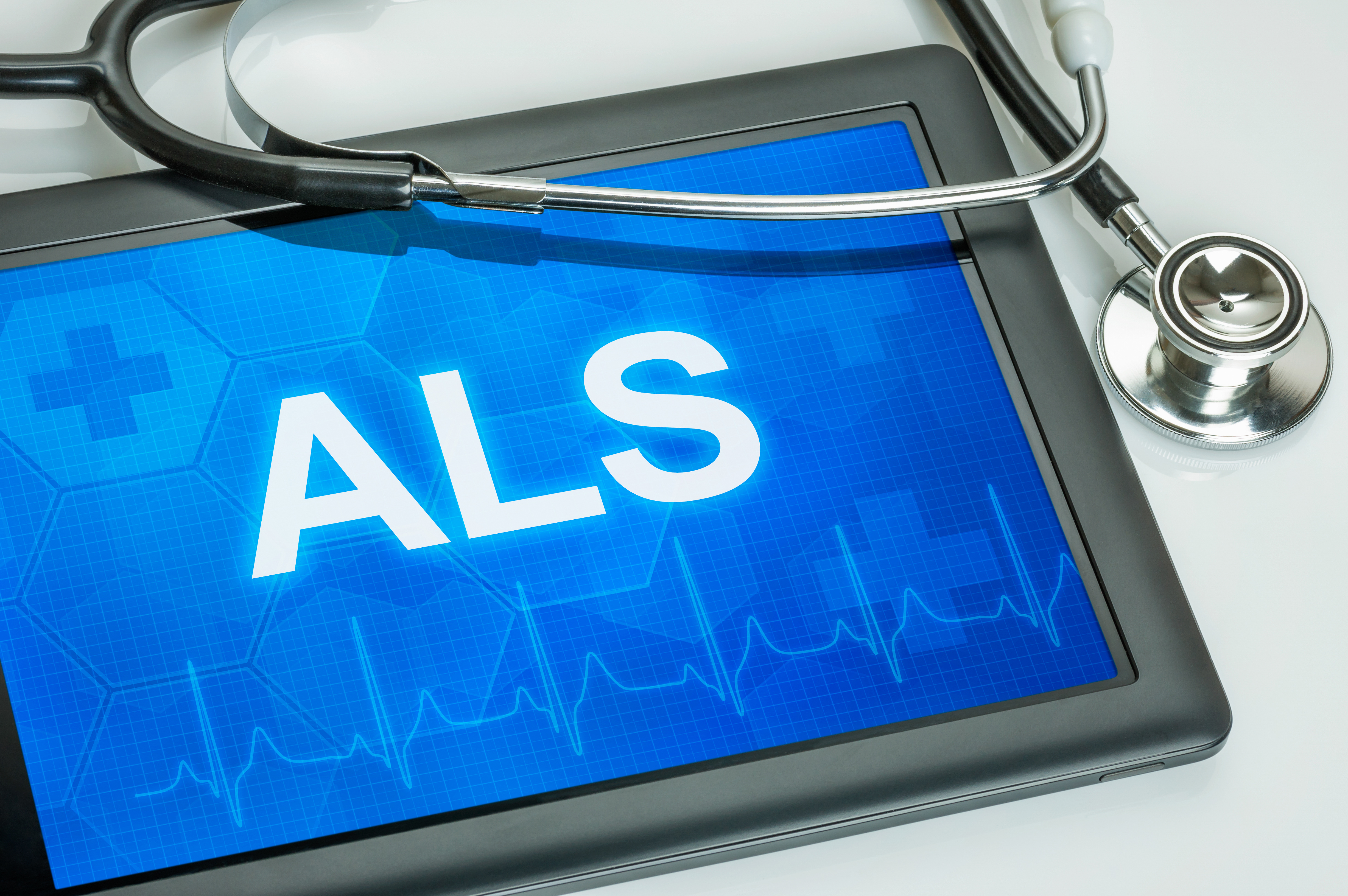 ALS (amyotrophic lateral sclerosis) is a disease of the parts of the nervous system that control voluntary muscle movement. In ALS, motor neurons (nerve cells that control muscle cells) are gradually lost. As these motor neurons are lost, the muscles they control become weak and then nonfunctional.

In the United States, ALS also is called Lou Gehrig’s disease, named after the Yankees baseball player who died of it in 1941. In the United Kingdom and some other parts of the world, ALS is often called motor neurone disease in reference to the cells that are lost in this disorder.

ALS usually strikes in late middle age (the late 50s is average) or later, although it also occurs in young adults and even in children, as well as in very elderly people. Some forms of ALS have their onset in youth. Men are slightly more likely to develop ALS than are women. Studies suggest an overall ratio of about two men to every woman who develops the disorder.

Two treatments are approved for ALS in the United States:

The average life expectancy is three to five years after an ALS diagnosis. There is no cure.

What happens in ALS?

Motor neurons, the nerve cells that degenerate and lose function in ALS, are divided into two types: upper and lower.

The function of lower motor neurons is straightforward. They send “go” signals to muscles. When these cells lose function in ALS, muscles atrophy (shrink) and become progressively weaker and eventually unable to contract, resulting in paralysis.

The lower motor neurons that control most of the muscles in the body are in the spinal cord. Those that control the muscles involved in speaking, swallowing and facial expression are in the brainstem. They’re sometimes called bulbar motor neurons, because the part of the brainstem that houses them has a bulblike shape. The term bulbar involvement means that the muscles of the face, mouth and throat are affected by the disease.

The upper motor neurons have more complex functions, making them more difficult to study. Therefore, there is not as much information about them, although new technologies are being developed to change this. These cells seem to exert complex control over the lower motor neurons. This control allows movements to be smooth, directed and varied in intensity. (For instance, they’re part of an elaborate system that allows a person to aim a hand at a glass of water, estimate its weight, pick it up, and use the right amount of force to lift it to his or her mouth, all while thinking about something else.)

In ALS, a combination of these effects is usually seen because both upper and lower motor neurons are losing function. People with ALS can have weak and atrophied muscles with tightness (spasticity).

Loss of voluntary muscles can lead to an inability to walk, to swallow and to speak. Those in the advanced stages of ALS may become unable to eat, move, or breathe independently.

It’s important to note that the involuntary muscles, such as those of the heart, gastrointestinal tract, bowel and bladder, and those that regulate sexual functions are not directly affected in ALS. Hearing, vision and touch generally remain normal.

Mild cognitive impairment in ALS is not uncommon, and severe cognitive impairment, known as “dementia,” can also occur in a small fraction of people with the disease. Some with ALS may experience involuntary laughing or crying spells that are unrelated to their emotional state. Called involuntary emotional expression disorder, or “pseudobulbar affect,” this symptom can be treated with medication.

When to seek medical advice

Talk with your physician if you notice these early signs of ALS:

It isn’t unusual for people to ignore such problems for some time at this stage, or to consult a physician who may at first be relatively unconcerned. However, the disease — if it’s truly ALS — generally spreads from one part of the body to another so that eventually the problem can no longer be ignored.

It’s at this point that people usually are referred to a neurologist, who will consider ALS among many other possible diagnoses.

With your help, we can fund better treatments and cures for ALS: