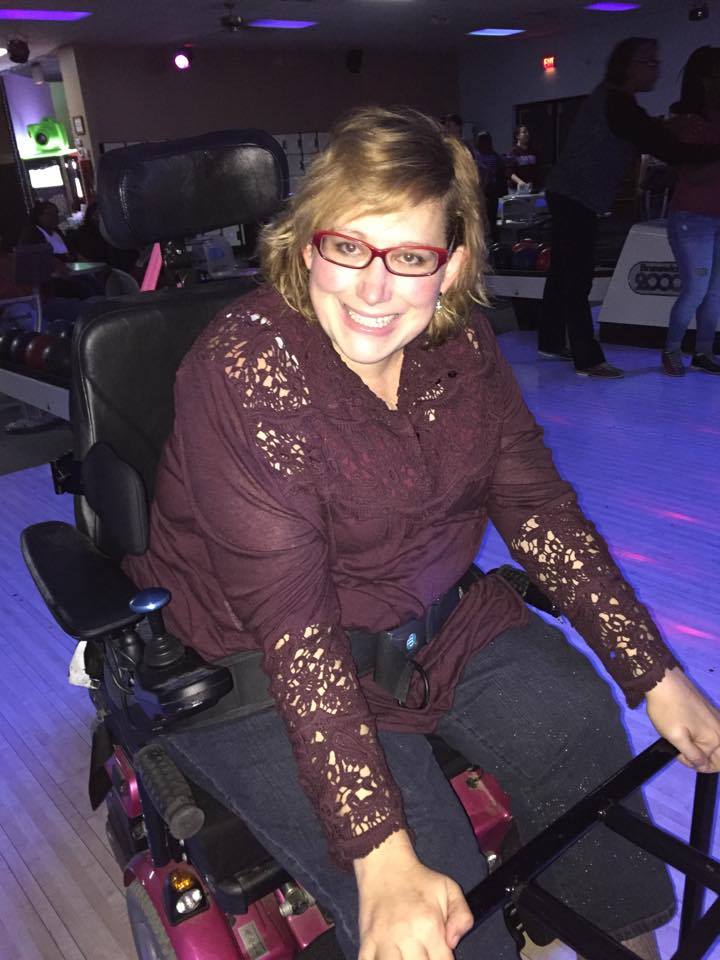 When it comes to defying limits, MDA Virginia State Ambassador Angie Wilkerson, who lives with Friedreich’s ataxia (FA), has become somewhat of an expert.

From graduating college (after she was told she wouldn’t be able to graduate high school because of a learning disability) to celebrating turning 40 after being told she would not live beyond her 30th birthday, Angie is fiercely dedicated to turning “cant’s” into “cans” and showing others that they can do the same.

Although now an outspoken advocate for individuals living with neuromuscular diseases, Angie admits feeling a sense of hopelessness after her diagnosis at 12 years old in 1986.

“When I was twelve I thought any ounce of hopes or dreams were taken away when I was diagnosed with FA. My seemingly normal body would gradually and slowly fail me, leaving my mind and spirit caged and held hostage by a useless shell. From this stage until college I was shy, polite and kind, but I did not have dreams or hopes. I loved life but I didn’t know my role in the world, ” says Angie.

During college Angie began to discover her role, volunteering at MDA fundraisers and even attending her local MDA telethon.

After obtaining a degree from James Madison University, Angie went on to use her talents to help others by coordinating youth programs, working as an independent living service coordinator and ultimately gaining the title of Ms. Wheelchair Virginia in 2005.

“Ms. Wheelchair Virginia isn’t a beauty pageant. It’s based on your inner beauty and how you advocate for other individuals who live with disabilities. This position allowed me to speak to people and help open their hearts and minds to others,” says Angie. 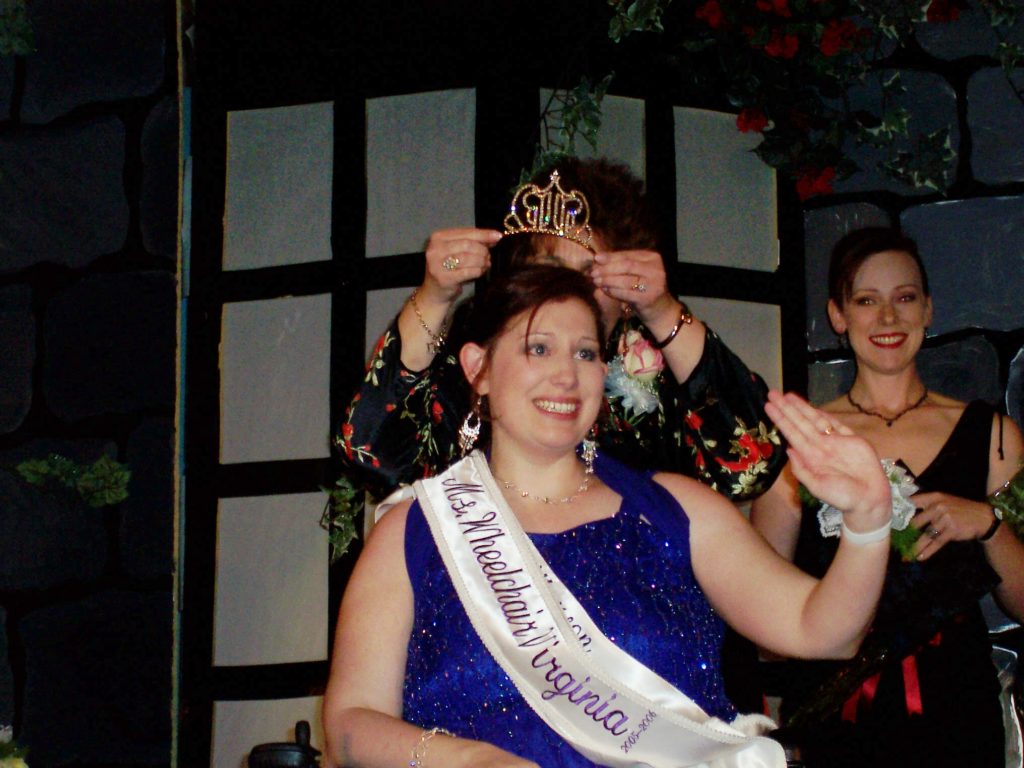 Angie also used her platform as Ms. Wheelchair Virginia to share the importance of MDA and the positive impacts MDA Summer Camp has on kids living with neuromuscular diseases.

When it comes to success and failure, the only thing Angie deems as a failure is not giving something a fair shot.

“For me failure does not come from not achieving your goals; rather, failure comes from not trying at all. Even though, according to some, I have outlived my life expectancy, I still dream up new goals and pursue them with all of my heart,” says Angie.

To say Angie has a sense of adventure is an understatement. Having already completed an entire bucket list, Angie has already created a new one, knocking off items like adopting a dog from a shelter and kayaking. Up next on her list? Writing a book, seeing the Northern Lights and skydiving.

While already having made an undeniable impact, Angie wants to continue sharing the message of giving her all in the hopes it will inspire others to do the same.

“Change begins with me. My legacy is my example. When I hear someone say ‘You can’t do that,’ my experiences have taught me to smile and think, ‘Wanna bet?'”

Help kids and adults like Angie continue to live longer and grow stronger.

Creating a Network: How Hiring PCAs Gave Me Confidence and Independence, In College and Beyond