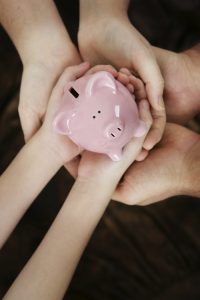 Many factors impact access to employment for those living with disabilities, including a system of benefits and services that are gained and lost based on income thresholds and asset limits—which generally disincentivize employment and savings. These, along with other factors, contribute to keeping qualified, talented persons with disabilities out the workforce—and can force someone into underemployment or unemployment.

There are many initiatives and efforts in process to increase access to meaningful employment for those living with disabilities, and MDA is proud to be part of the collective effort to help ensure that those living with neuromuscular diseases have access to one of the most important elements of independence: meaningful employment that leads to a secure financial future.

The ABLE to Work Act is follow-on legislation to the Achieving A Better Life Experience Act (or ABLE Act), which was signed into law in December 2014.

The ABLE Act was landmark legislation, as it acknowledged that there are significant costs associated with living with a disability and provided a new mechanism for individuals to save money to pay for expenses related to living with their disability without those assets counting against benefits that are subject to asset limits, such as Medicaid. The ABLE Act modified the tax code to authorize tax-advantaged savings accounts (similar to 529 education accounts) to be established by qualified individuals to pay for certain expenses directly related to living with a disability. ABLE Accounts will allow millions of disabled Americans to save assets and engage in financial planning in a way never before possible. This is because the accumulated funds in their accounts will not jeopardize eligibility for the government benefits necessary for their health and well being.

You can think of the ABLE Act as rolling out through three steps—first was passage of the federal legislation to authorize the accounts in the tax code, the second step requires states to pass legislation authorizing the accounts to be established in their state and the third step is for financial institutions to establish and make available the accounts. As of June 1, 2016, Ohio became the first state to open ABLE accounts with Tennessee following closely behind on June 14, 2016—with more states to follow soon.

While the ABLE Act changed the paradigm so that disabled individuals can save money, the law has some notable limitations. For example, annual contributions to an ABLE account are presently limited to $14,000, and any additional contribution is disallowed—even if the funds are earned income of the ABLE account holder. The $14,000 annual contribution cap does little to incentivize employment, and employed beneficiaries are unable to contribute to employer-provided retirement accounts, such as 401(k) plans, which could jeopardize their benefits.

Under the newly proposed ABLE to Work Act, an ABLE account holder who earns employment income could save up to approximately $26,000 (which nearly doubles the current $14,000 limit). While this would not address the income threshold limitations, this increased allowance for overall savings each year would be a meaningful incentive to help disabled individuals save their earnings in an ABLE account.

In addition to the ABLE to Work Act, there are two other bills that would strengthen and expand the ABLE Act—allowing more individuals with disabilities to share in its benefits:

MDA supports all three bills that would extend and expand the ABLE Act.

Visit MDA’s ABLE advocacy page for additional information about the ABLE to Work Act, ABLE Financial Planning Act and ABLE Age Adjustment Act and how you can get involved in encouraging Congress to pass these important bills.

For far too long, millions of Americans with disabilities have been forced to stay in poverty in order to receive necessary benefits that enable them to work, contribute and live. The ABLE Act, which MDA was proud to support as a policy priority, and the follow-on ABLE bills, will improve access to employment and quality of life for individuals with neuromuscular diseases. Stay tuned for more information about ABLE and other efforts to break down barriers to meaningful employment.

To learn more about ABLE in your state, visit The ABLE National Resource Center to find comprehensive and up to date information, including a tool to compare and contrast state programs.