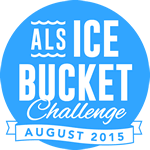 Statement from MDA President and CEO Steven M. Derks: “MDA takes a big-picture perspective to fight ALS — investing in research to find breakthroughs that will lead to treatments and cures, caring for people from day one at our specialized clinics, and helping ALS families in hometowns across America live longer, stronger lives. MDA is honored to partner with ALS Ice Bucket co-founders, families and other organizations to rally behind this year’s Challenge. Since last summer, MDA has launched an aggressive plan to refocus our research program and capitalize on our position to advance frontline discoveries across diseases — with the expectation that increased understanding in one disease area will inform progress and lead to research and medical breakthroughs in other disease spaces. We can’t wait to see what this summer brings, and we look forward to applying the funds raised in IBC year two to research that will provide insight into the causes of ALS and potentially lead us to treatments and cures. We plan to partner with the ALS community to go all in again this August — and #EveryAugustUntilACure.”

Amyotrophic lateral sclerosis (ALS), also known as motor neuron disease (MND), is a progressive neurodegenerative disease that leads to paralysis, due to the death of motor neurons in the spinal cord and brain. There is no known cure for the disease. However, as a result of the ALS Ice Bucket Challenge in 2014 significant new investments in research on the causes of and potential treatments for ALS have been made.

Co-founders Pat Quinn and Pete Frates will kick off this year’s ALS Ice Bucket Challenge on July 31 in Boston. The two ALS patients, their families and a steering committee of nonprofits have been working together since last year and are putting the final touches on a special launch event. A dedicated website – www.alsicebucketchallenge.org – was unveiled today to inform people about ALS and the ALS Ice Bucket Challenge, and to make it easier for them to donate to an ALS organization of their choosing.

“Last year gave the ALS community hope for the first time in a long time,” said Quinn, who lives in Yonkers, N.Y., and was diagnosed with ALS two years ago. “But we still need the public’s help to keep the momentum going. We plan to do the ALS Ice Bucket Challenge again this August and every August until we find a cure.”

The ALS Ice Bucket Challenge is a viral video phenomenon that soaked the nation and the world for the first time in August 2014. A person dumps a bucket of ice and water over his or her head, challenging three friends to either do the same, donate to the ALS charity of their choice, or both. More than 17 million videos of people taking the challenge were posted on Facebook alone last year. These videos were watched by 440 million people a total of 10 billion times.

“The ALS Ice Bucket Challenge represents all that’s great about this country – it’s about fun, friends, family, and it makes a difference to all of us living with ALS,” said Frates, who lives in Beverly, Mass., and was diagnosed with ALS when he was 27 years old. “I am so proud that ALS organizations have come together to support me and my family and the whole ALS community as we unite to launch this year’s ALS Ice Bucket Challenge.”

All told the ALS Ice Bucket Challenge led to more than $220 million in donations to ALS-oriented nonprofits, including some of those leading this year’s collaborative launch effort. Many of the donations raised by ALS nonprofits during last year’s challenge have already been invested or allocated to support new ALS research efforts, increased advocacy, and expanded and improved local care and services for people diagnosed with ALS, their families, and care providers.

This announcement represents the largest coordinated effort of ALS nonprofits to date, and many of the organizations hope to work more closely together not only on awareness and fundraising activities such as the ALS Ice Bucket Challenge, but also on providing crucial patient services and accelerating ALS research.

The ALSIceBucketChallenge.org website was created pro bono by TBWA\Chiat\Day in New York City.