From April 16 to 20, we’re celebrating National Volunteer Week! We’re so thankful for our MDA volunteers who give of their time and talents to help families with muscular dystrophy, ALS and related diseases. If you’re an MDA volunteer, consider this your virtual hug from us! If you’d like to become a volunteer, we’d love to meet you.

Each day this week we’ll be sharing the story of one of our amazing volunteers. Today, meet Andrew Barrieau — a steering committee member for the million-dollar-making Black-N-Blue Ball.

But when it comes to the event’s fundraising efforts, there’s nothing casual about the annual totals. The Milwaukee event has grown more and more successful since its start in the 1990s; in the last few years, it’s brought in $1 million or more in donations each year.

Part of that success, Andrew says, is because the event is such a casual affair. Part of it is the event’s sponsorship by Harley-Davidson Motor Co., which draws a lot of Harley fans. Part of it is of course the heart of MDA, the kids and adults who directly benefit from MDA support services and research commitments.

And part of it, surely, is the work of Andrew and his wife, Lori. 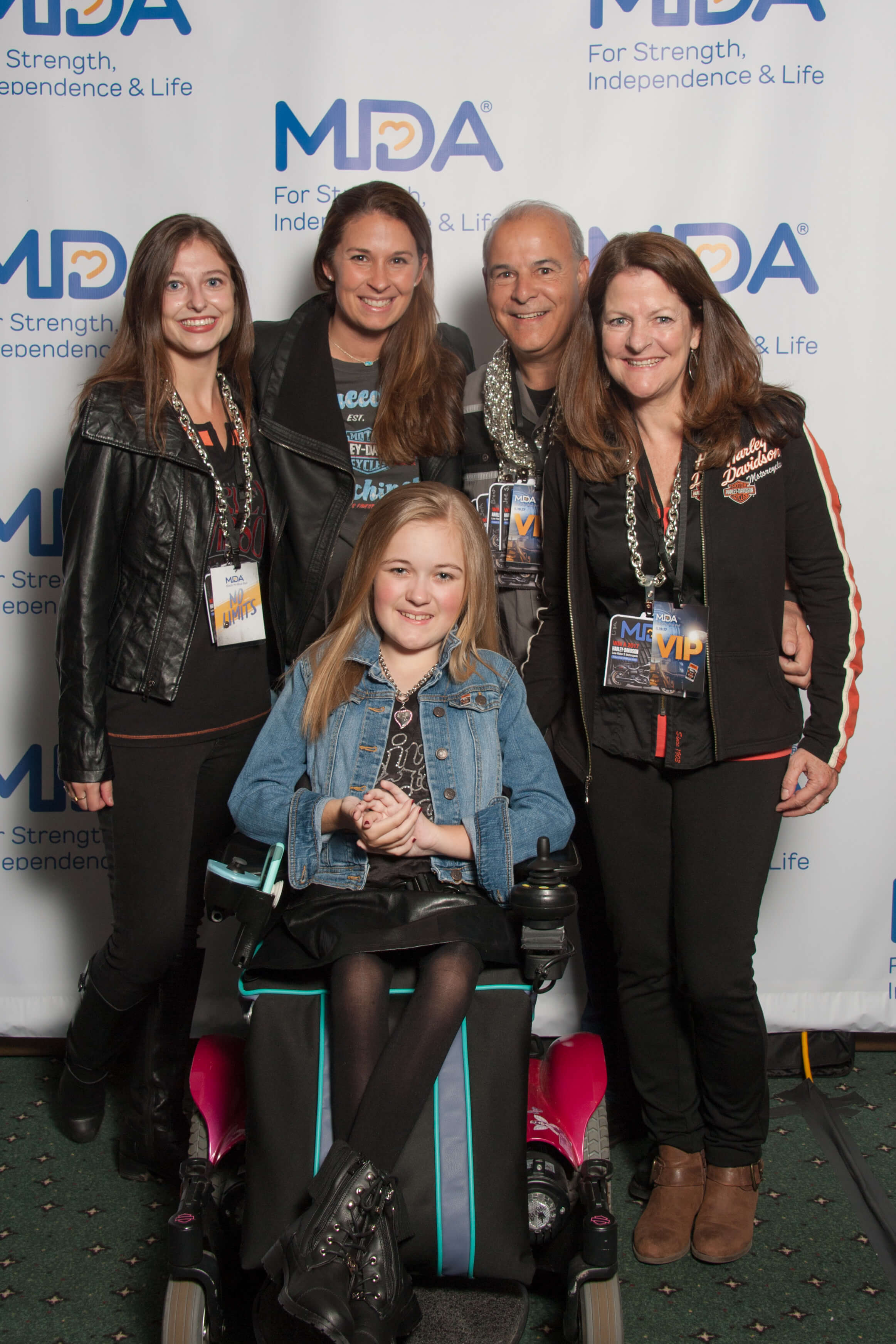 The couple became involved with the Black-N-Blue Ball in 2005, after moving to Milwaukee from Connecticut. Some friends of theirs in the area were already on the ball’s steering committee, and they suggested the Barrieaus buy a company table at the event (Andrew is the CEO of Felins USA Inc., a packaging company).

Andrew was interested — he loves motorcycles and rides his own Harley. But he didn’t know much about MDA.

“I was surprised to find out that MDA donates more money to research and care than all of the other organizations combined relating to ALS,” Andrew says. “When we learned about MDA and how it was managed and what they’re doing for ALS — that was really the cementing moment.”

The Barrieaus started with a table at the ball and also sat on the event’s wine subcommittee, which collects donated bottles from area wine sellers to auction off at the ball. That first year, Andrew said, the wine auction items brought in $3,000. He thought they could do better.

He taught other committee members how to ask friends and neighbors for donations. When you have a Christmas party, he said, ask your guests to bring a bottle of wine with a 90-point-or-higher rating. He approached some local corporations, too, who started donating a few cases and then, when they learned about MDA’s mission, donated more.

“It’s little seeds like that,” Andrew says. “When you start with a question like, ‘Would you be willing to do something every once in a while?’ it resonates with someone.”

“We’re trying to move the needle,” Andrew says. “MDA is really putting a lot of money into research by giving grants for a multitude of different pathways. We’ve realized the least we could do was to help raise as much money as we possibly can. We’re not focusing on one cure at a time but focusing on all of them.”

After serving on the wine subcommittee for a few years, the Barrieaus both were asked to chair the Black-N-Blue Ball as part of the steering committee. They agreed, and set a different vision: Instead of just having a good time and trying to raise as much money as they could, the Barrieaus wanted the event to be a fundraising leader.

They wanted to raise $1 million in one night.

The goal changed the way the steering committee operated, Andrew says. They met with Harley and made plans for some new attractions at the ball — they would not only auction off a Harley bike but also give another one away through a raffle. They created another auction of kids’ art, during which the young artists talk about their work (one repeat attendee bids until he wins the same young person’s art every year). There are the wine auctions and also home and garden and sports items, restaurant packages, opportunities for people to donate the $2,000 required to send one child to MDA Summer Camp.

“It says so much about the caring hearts and generous souls that live in Milwaukee, to really help it and make it better,” Andrew says. “And if Milwaukee can do something like this, why not Chicago and Atlanta and Dallas?”

No matter where you are or what way you choose to give, Andrew says, if you follow your heart, you can’t go wrong helping MDA.

“Even if you don’t have a relative or a friend like we do who is affected, the cause is real, the people who need our help need our help big-time. Every dollar donated is going to be put to good use. Whatever amount of energy you put into it will go a long ways for a lot of people.”