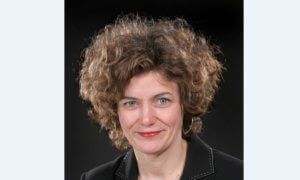 The Muscular Dystrophy Association recently awarded an MDA human clinical trial grant for the development of a critical biomarker for Charcot-Marie-Tooth disease (CMT) to Mary M. Reilly, professor of clinical neurology and consultant neurologist, UCL Institute of Neurology and National Hospital for Neurology and Neurosurgery, London.

The investment, totaling $1 million over three years, will fund Reilly’s work to evaluate a new MRI protocol designed to detect disease-related changes in muscles over time in CMT.

If successful, the project could accelerate drug development and speed clinical trials to test candidate therapies for CMT.

An urgent need for biomarkers

Currently, one of the major barriers to developing safe and effective treatments for CMT is a lack of outcome measures, or biomarker tests that can accurately reflect the progression of disease during a short period of time. Because CMT typically progresses slowly, it can be difficult for scientists to detect drug effects in clinical trial participants within the relatively short duration of most clinical trials.

With colleagues, Reilly aims to develop a new sensitive outcome measure that will allow researchers conducting clinical trials to reliably detect any positive effects of a candidate’s treatment within a one- to two-year timeframe.

“The identification and validation of a biomarker that could detect disease changes in CMT over a one-year period of time would be a critical advance that could shorten the length of clinical trials, reduce the number of participants needed to participate, attract more biotech and pharmaceutical companies to the CMT drug-development space, and, ultimately, lead to effective therapies,” says MDA Scientific Program Officer Amanda Haidet-Phillips, Ph.D.

In CMT, damaged motor nerves are unable to send adequate signals to muscles. This leads to muscle weakness and wasting, as well as other abnormal changes, including the accumulation of fat in muscle tissue, which can be detected by magnetic resonance imaging (MRI).

Reilly’s team has developed an MRI protocol to measure fat accumulation in thigh and calf muscles. In a pilot study to determine the protocol’s effectiveness at measuring fat infiltration in adults with CMT1A, Reilly’s team showed that the presence of calf muscle fat increased significantly during a 12-month time period.

Covering the most common types of CMT

With the new MDA funding, the team will work to refine the new protocol to include foot muscles, which could make it effective in mild cases of CMT where fat accumulation occurs more often in the feet than in calves. The team will study the refined protocol in children with CMT1A, as well as in the other three most common types of CMT: CMT1B, CMT2A and CMTX.

“We are grateful to MDA for its support of this extremely important work,” Reilly says. “The results from our pilot study of an MRI neuromuscular protocol in CMT1A are promising, and we anticipate we will be able to confirm responsiveness with a refined protocol in children and in the other three common types of CMT.

“If successful, we will have developed a sensitive, validated, responsive outcome measure in CMT across international sites and across multiple forms of the disease in children and adults,” Reilly adds. “This will have a major impact on our ability to conduct the clinical trials needed to efficiently and successfully test potential new therapies for CMT.”

MDA is committed to finding treatments and cures for CMT

MDA has funded more than $37 million in CMT research since 1950 and, including this most recent award, currently is funding 11 active CMT grants with a total funding commitment of more than $3.6 million.

MDA’s Board of Directors approved the new grant after careful deliberations and analysis by MDA advisors and research staff. Currently, MDA is funding 177 research projects around the world, with another 28 pending.

For more information, be sure to check back at mda.org.