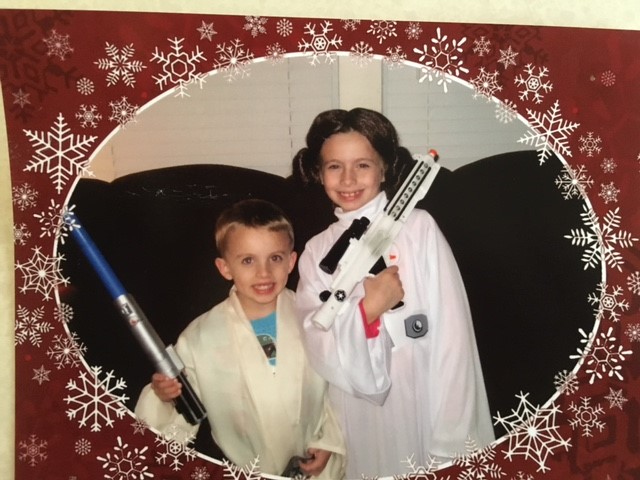 Whether you love or hate running, there are some things you just can’t deny about it. Running is excellent for cardiovascular health, beneficial for stress relief and helpful in the fight against weight gain. Running can also be used to raise awareness and critical funds for causes we hold so dearly to our hearts.

When Stacey Hudak learned of her son Ryan’s Duchenne muscular dystrophy (DMD) diagnosis last November, she took the idea of running for charity and quite literally “ran” with it.

“After my son Ryan was diagnosed with DMD I knew I wanted to run a half marathon to raise money for the cause,” shares Stacey.

“I asked a friend who I work with to run the Pittsburgh Half Marathon with me. She said she wouldn’t run the half marathon, but she did give me the idea to donate the proceeds I raised to MDA and suggested I ask if the company we work for would sponsor my run,” adds Stacey.

Although the Pittsburgh Half Marathon is not an official race of MDA’s Team Momentum, Stacey was certain that MDA was the organization she wanted to raise funds for, so she took it upon herself to create her own fundraiser for MDA.

In the end, Stacey’s friend didn’t participate in the running aspect of the half marathon but she was instrumental in Stacey’s DIY fundraising efforts, emailing all of their co-workers, encouraging them to donate to Stacey’s cause.

“There was a huge outpouring of support at work, my colleagues would walk up to me and hand me $20 bills,” says Stacey.

The company she works for, Gateway Health, also made an extremely generous contribution of $2000.

While the fundraising may not have been a challenge, she admits the training aspect wasn’t always fun.

“The training was difficult at times but also therapeutic. There were times I was so moved by the cause I was raising money for that I would cry during my training runs. My motivation was running for people who can’t and running to help people so they can run as long as possible,” says Stacey.

Ryan and his sister Chelsea gave themselves a team name as they eagerly supported their mom, calling themselves “Ryan’s Rogue One Runners,” after one of Ryan’s personal passions: Star Wars.

Though she physically ran the race by herself, she had a lot of support from her husband, kids, siblings, coworkers and friends, and Stacey says that seeing her family along the race course helped push her across the finish line.

Aside from running, the Hudak family also laced up their walking shoes to support MDA, participating in their local MDA Muscle Walk, with the team name “Ryan Skywalkers,” another Star Wars nod.

“It’s been difficult dealing with knowing Ryan will have extra challenges, but Ryan is doing amazing – he has always been an amazing kid.”

Want to raise funds for MDA in your own unique way?