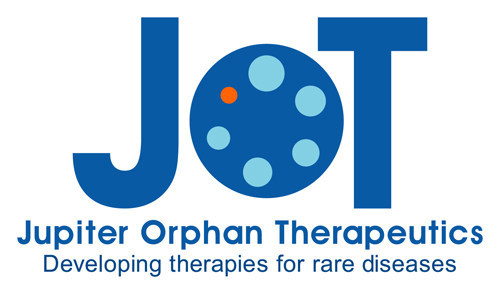 JOTROL is a unique formulation of trans-resveratrol. Resveratrol is a naturally occurring compound that has been investigated in a number of neurodegenerative and neuromuscular diseases, due to its positive effects on energy metabolism and mitochondria (the “energy factories” in cells), and a host of antioxidative, anti-inflammatory and anti-aging activities.

What this means for individuals and families

Orphan Drug Designation may help facilitate development of JOTROL for the treatment of FA, as it provides incentives meant to encourage Jupiter Orphan Therapeutics to develop and market it.

Encouraging results have been reported from an open label phase 2 trial of resveratrol conducted by Murdoch Children’s Research Institute in Melbourne, Australia, in which participants taking resveratrol showed improvement of neurological symptoms. However, treatment with higher doses of the drug was associated with gastrointestinal (GI) tolerability issues. Jupiter Orphan Therapeutics has said it plans to conduct a larger placebo-controlled study designed to assess whether treatment with JOTROL can generate the same beneficial effects without the unwanted GI side effects.

What this means for Jupiter Orphan Therapeutics

Orphan Drug Designation is important to companies, like Jupiter, that are developing therapies because it makes them eligible for special incentives that have been put into place to encourage the development of treatments for rare disorders. In the U.S., a disorder is considered “rare” if it affects fewer than 200,000 individuals — and all the diseases under MDA’s umbrella are considered rare under this definition.

When a potential therapy receives this designation, the sponsor (i.e. the company who is seeking approval from the FDA) can benefit from incentives including reduced taxes, reduced or waived fees for filing with the FDA, and additional years of market exclusivity (when they are protected by law from competition), among others.

The purpose of the Orphan Drug Designation incentives is to encourage companies to work in the rare disease space where the high costs associated with developing a therapy are less likely to be recouped if the treatment is approved and marketed due to the small patient population that may be eligible to benefit from the therapy.

Because FA impacts fewer than 200,000 individuals in the U.S. and because the other orphan drug designation requirements were satisfied by Jupiter, JOTROL will have the protections and benefits of Orphan Drug status.

Help and Hope for Friedreich’s Ataxia