Bill Weis spent 40 years in the computer industry and retired a little over 3 years ago after long careers at Microsoft and Digital. He has always known that technology has the potential of making people’s lives better, but he says nothing compares to witnessing how technology can help someone regain independence that was lost due to disease or an accident. 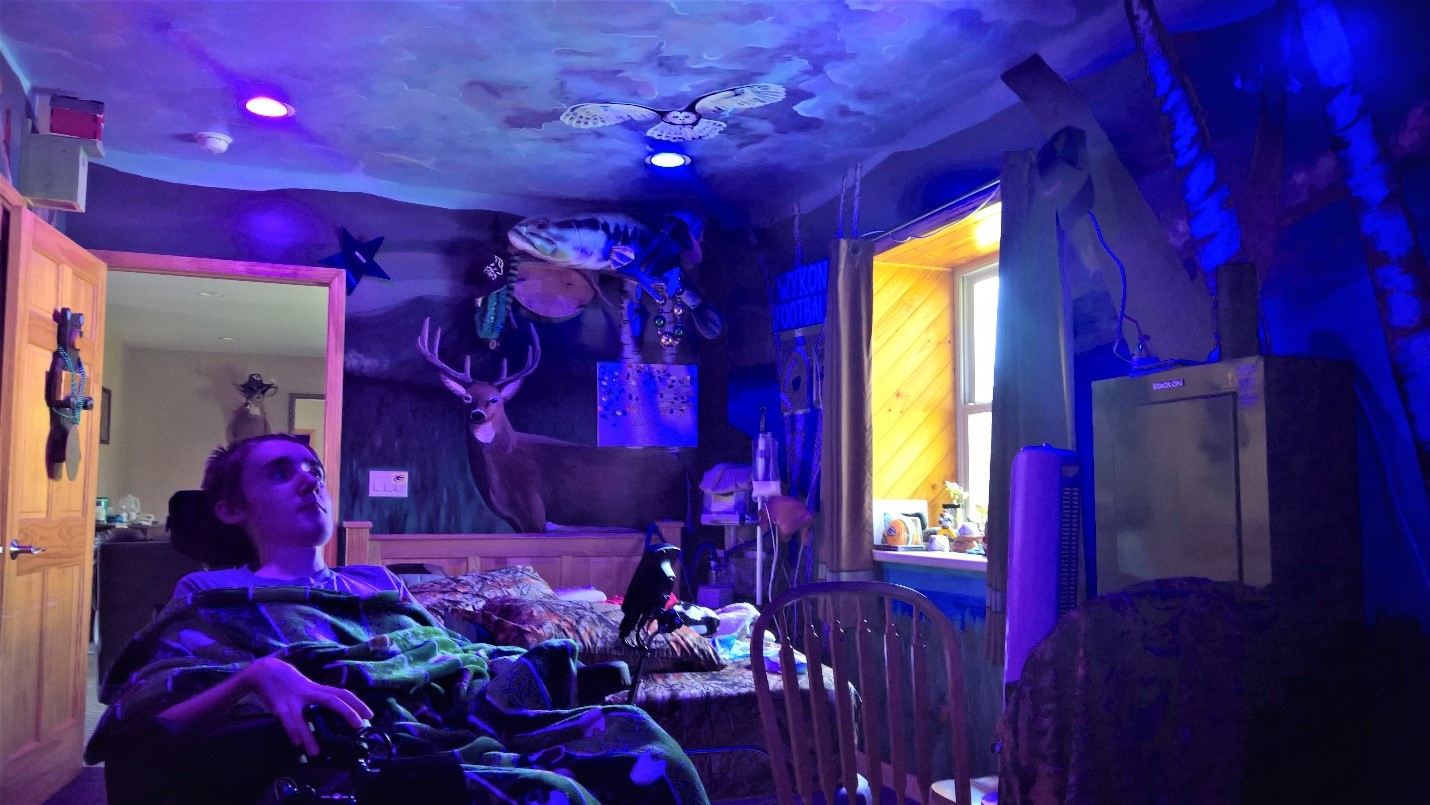 Robbie Ivey is an amazing 18-year-old man living with Duchenne muscular dystrophy (DMD). Equally amazing is his mom and caregiver, Carrie. They have both been a part of the MDA family for a long time and most recently rallied behind the efforts to host the first ever gala to raise awareness and funds for MDA in the upper peninsula of Michigan. My wife Deb Weis, a longtime supporter of the Black-N-Blue Ball in Milwaukee, and I got to know Robbie and Carrie very well as we worked with the Green Bay, Wisconsin MDA office to bring the event to the Ivey’s community.

During a series of “lunch and learn” events to kick-off the planning for the “MDA Toast to Life Gala of Upper Michigan,” Carrie showed us the handheld remote used to operate Robbie’s bed and explained how beneficial it would be if these beds could be voice activated.

As we listened to Carrie and gained a better understanding of what daily life is like for both her and Robbie, it became evident that providing a solution that voice activates Robbie’s bed was just scratching the surface of what is possible with today’s technology. Why not voice activate his entire room? With Amazon Echo or a Google Home (or both), we could make life better for the Ivey family.

Sure, we were there to plan a gala, but this was a welcome detour. We got right to work.

We started by gathering requirements for Robbie’s entertainment. He has a 42” Visio TV mounted to the wall in his bedroom, and he watches Netflix and cable channels. He also watches an occasional movie on his Blu Ray player. Because of his limited mobility, a remote is not an option, and we ran into our first obstacle with controlling Netflix programs using only voice commands. After testing and evaluation, we found that Google Home with a Chromecast Ultra and a Logitech Harmony Hub was the best combination to make this work. With these devices, Robbie can turn the TV on and off, adjust volume, mute the TV, change channels on cable, watch programs and movies on Netflix, and watch movies on the Blu Ray player, all using voice-only commands. 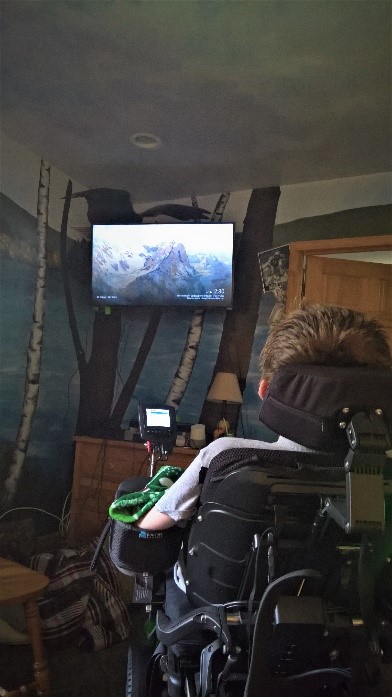 With the voice activation solution for Robbie’s entertainment well in hand, we looked for other areas of his room that could also be voice controlled. We were already developing voice activated bed controls with the help of an Amazon Echo, so we decided to use the Amazon Echo to control the remaining items in his room. We installed a WeMo Mini, which is a WiFi smart plug, to allow Robbie to control his fan. Robbie also has six recessed lights that are organized in two rows of three bulbs each in his room. We replaced those bulbs with six Lifx BR30 light bulbs, which Robbie can turn on and off, dim, and change to any color he wishes, all by voice.

The Amazon Echo also allows Robbie to call his mother’s cell phone. “The use of the voice calling has enabled me to take a walk, take a bike ride and even run to the grocery store,” says Carrie. “Yesterday morning we were enjoying our coffee and beautiful morning on the porch when I received a call saying ‘Mom, I am ready to get up.’ Robbie and Alexa are co-conspirators for telling time”

If you are interested in automating your home, be prepared to invest a bit of time and creativity. Customizing products like the Amazon Echo or Google Home requires persistence and patience. Both voice assistants are still maturing and there will be some growing pains, but in the future iterations, I expect either product will be able to meet all our requirements.

So to recap, Robbie can do the following using only his voice:

One final but important point. For those who communicate via an eye gaze device, all of the above is still achievable. It would simply require that some buttons within the eye gaze machine be defined so it utters the voice commands to Amazon Echo or Google Home.

This September, we held the first Toast to Life Upper Michigan Gala. It was a great success. But equally as rewarding was my work with the Ivey family. I am thrilled we were able to address Robbie’s needs – and tackle additional challenges he faces on a day-to-day basis. Living unlimited means to me a chance to be independent, and, in this case, technology really can help everyone live without limits.

“I’ve regained independence by being able to control all the things in my room that I use every day,” he says.