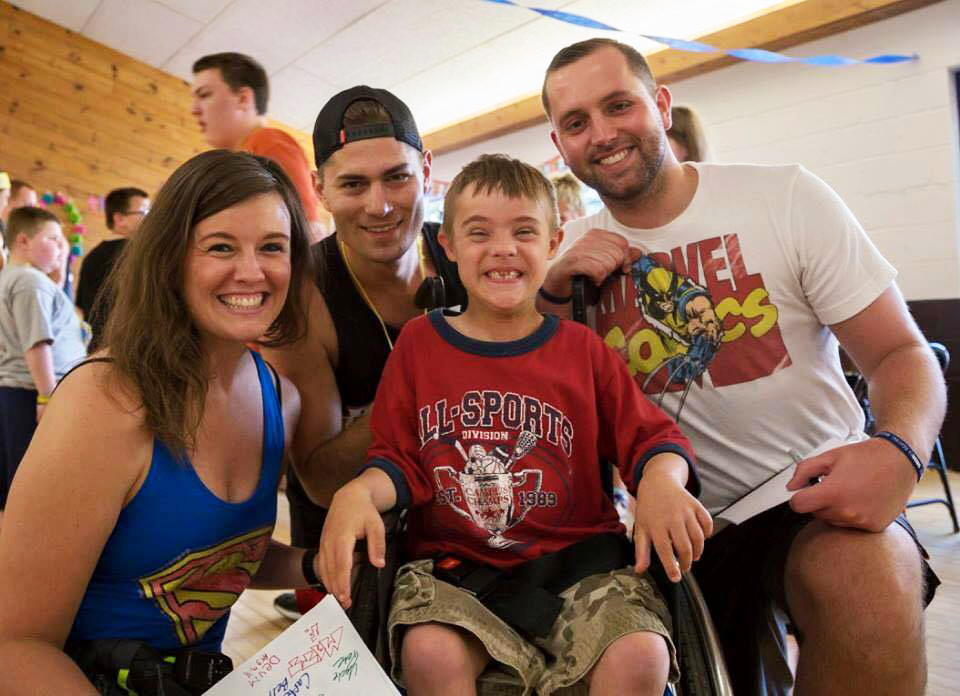 At 17 years old, Robb Valentyn began volunteering at MDA Summer Camp because of a girl. Little did he know that following his crush one summer would change his life and heart forever.

Originally hailing from Little Chute, Wisconsin, Robb, now 28 and living in Chicago, is one of MDA’s most dedicated volunteers.

But more than a decade ago, Robb was just starting his journey with MDA as a junior in high school. Upon realizing his resume for college was pretty blank, his father, the principal of his school, suggested he spend the week volunteering at MDA Summer Camp. That encouragement — and the fact that his crush would be at camp — spurred Robb into action.

Though he didn’t ultimately end up with the girl, Robb has been in a committed relationship with MDA and the Green Lake, Wisconsin, MDA Summer Camp ever since. Over the years, Robb has risen in the ranks to become a volunteer summer camp coordinator, a position he describes as being the “right hand person for our MDA Camp Director.” He goes on, “Our goal is to make camp the best week of the year for the kids so that’s truly what my role is.”

An Unlikely Road to Camp Champion

It’s a position Robb didn’t foresee himself in. While he said he enjoyed every moment of that first week of camp as a volunteer counselor, he wasn’t totally sold on returning. But, as Robb says about himself, “I’m so bad at saying no to people.” When then-volunteer coordinator Tim Hanson called to ask him to return to camp the next summer, Robb was shaking his head no, but told Tim, “Yeah, absolutely!” The rest is history.

Tim was responsible for another big change in Robb’s life as a volunteer with MDA: he asked him to take over his role at camp. When Tim decided to step down as volunteer camp coordinator in 2014 after 16 years in the role, he specifically asked Robb to take his place. Robb couldn’t say no, and was beyond thrilled to begin a new journey with MDA. 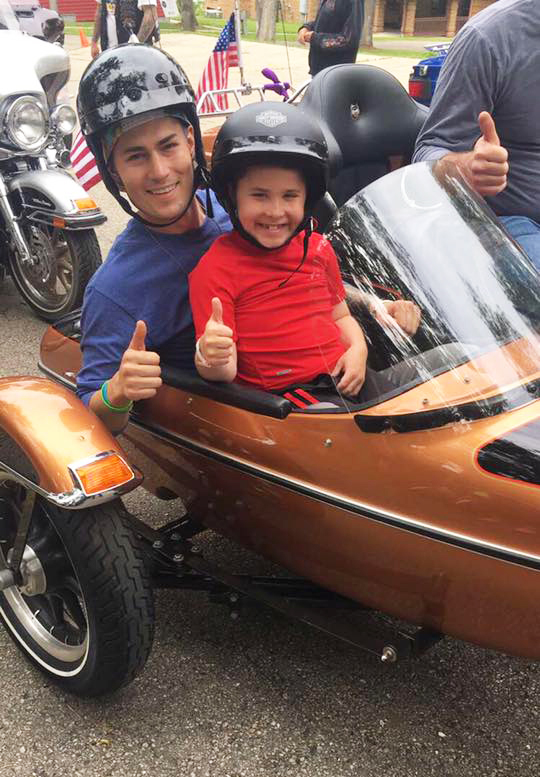 Robb loves his time at camp, especially when he’s hanging out and helping the campers with fishing, eating meals or simply being kids. On his role at camp, Robb says, “You’re there to help the kids, and you’re also there to help them function independently. If there’s any impact we make, it’s having these kids feel like they have more of an ability to live independently (than they did) prior to camp. As different as we are, we’re not that different.”

Although the camp is only one week of the summer, Robb maintains relationships with campers throughout the year with visits, phone calls and via social media. As he says, his mission is to make sure that “they know they’ve got that support system.” Working with MDA Summer Camp has become a life passion for Robb, and as he explains, “it gives me 10 times what I give to them.”

Though Robb has a job in software sales in Chicago, he works hard to balance his paid commitments and his passion for MDA. Luckily Robb says that his boss is more than understanding. Robb explains, “I’m thankful that I work for a company that truly supports my involvement with MDA to the point that my manager and I have an arrangement where all I need to do is shoot him a text, say I’ve got to get out for a while and it’s related to MDA and it’s no questions asked.”

However, Robb says his “lens was widened on the disease” when his godmother and aunt was diagnosed with ALS in 2011. His aunt’s diagnosis was a “tragic irony,” as both he and his cousin — his aunt’s daughter — had been volunteering with MDA for six years at that point. Ever the optimist, Robb says, “There were some positives to us having that first hand experience with it, in the sense that we had an idea of what to expect.”

Compelled to do even more to help in the wake of his aunt’s diagnosis, Robb joined MDA’s Team Momentum, the endurance running program, even though he claims he “hates running with a passion.” Why go to the trouble of doing a whole lot of something he doesn’t like? He realized he could raise more money for MDA if he really put himself out there.

Working with Team Momentum and raising money in honor of his aunt, who sadly passed away in 2016, shed a new light on his volunteer work with MDA. Robb explains, “It brought me to terms with the fact that this is so much more than just a disease that effects the kids that come to camp; it’s a disease that effects the families of these children, the friends of these children, and effects adults.”

Robb’s passion for fundraising has greatly outweighed his hatred of running; he estimates that he has raised more than $10,000 for MDA by running with Team Momentum. So far, he has completed two half marathons and the Chicago Marathon. He’s gearing up to run another half marathon in May.

Recruiting a New Generation of Robbs 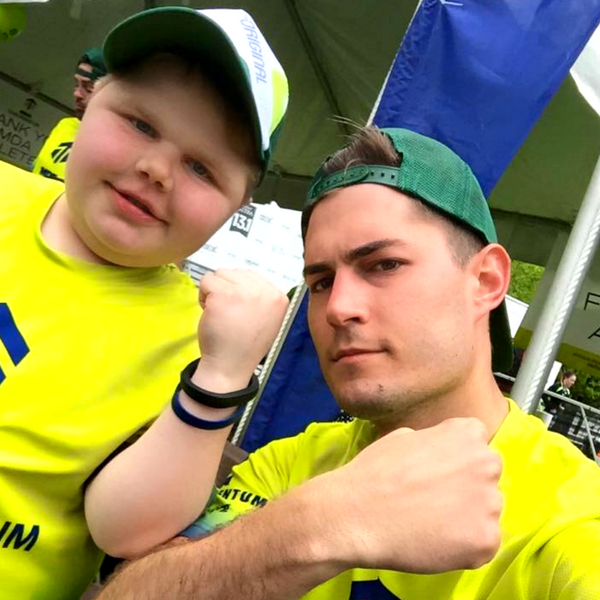 As the volunteer summer camp coordinator, Robb is responsible for recruiting counselors for camp. When he’s making a hard sell to a potential volunteer, Robb might gently suggest that camp is a great place to meet new friends — and potential love interests. “That the reason that I went,” he says.

But the real reason to give your time to the cause? He pauses for a moment and with a serious tone continues to say, “You have the ability to do it. Take a week off and give back.”

Giving back is something Robb has now devoted his life to. What started as an adolescent whim has become something bigger: a commitment to helping, inspiring and guiding others through his commitment to MDA Summer Camp, Muscle Walks and Team Momentum.

When you talk to Robb, his passion for the Summer Camp, families, and MDA community is undeniable. When describing what brings him back year after year, he paints a vivid scene of watching campers, who are normally in wheelchairs, out in the pontoons and in the water during their week at camp. Back on the shore, the wheelchairs are lined up, empty, while the campers have a blast in the water. “I want a world where we don’t have to have camp because muscular dystrophy doesn’t exist. But for now, I’ll take all the empty wheelchairs I can get.”