Most people would only do something as crazy as a cross-country bike ride once, if at all. But Ira and Lynn Wachtel aren’t most people.

On June 4, 2017, they began a 3,839 mile, 52-day cross-country cycling trip to raise funds for MDA in memory of their friend Ray Spooner, whom they accompanied on “Ray’s Little Ride” — a cross-country cycling trip — in 2015. Ray, who died of ALS on August 8, 2016, continues to inspire many of his friends and family to continue his work raising awareness and funds for MDA.

Ira and Lynn are no strangers to long-distance endurance sports. They owned Champaign Surplus, an outdoor and surplus retail store, and were distance hikers, runners and paddlers before taking up road cycling a little over a decade ago. Lynn, a cancer survivor, climbed Mt. Kilimanjaro to raise money for cancer research.

It didn’t surprise the Wachtels when Ray said he wanted to do something extreme after his diagnosis. “When Ray was diagnosed with ALS, we were among the people that he called to talk to personally about it. When we spoke with him that very first time, we asked him what we could do to be of help,” Ira says.

Ray said he had three things on his bucket list: becoming a bar mitzvah, spending a great deal of time with his family and riding across the United States. “When he mentioned that, we said that we would be very happy to help in any way that we could with that endeavor, not having any idea at that moment exactly what that entailed,” Ira says. 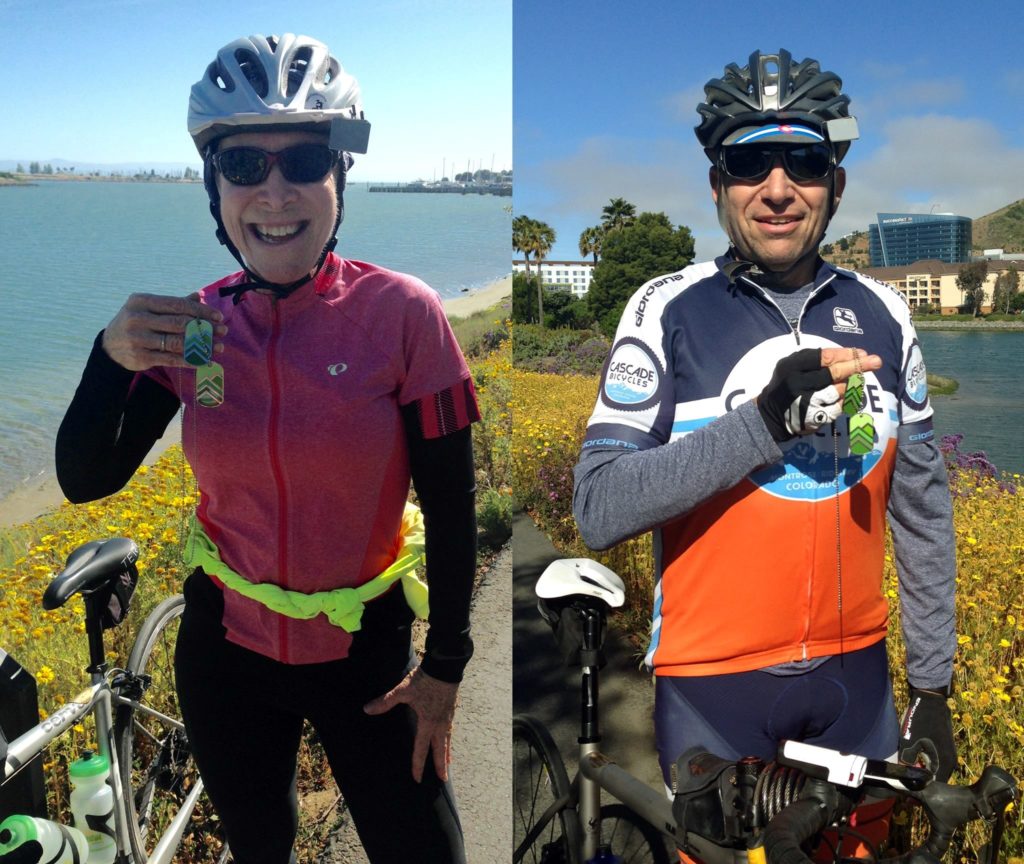 At first, Ira was intimidated by Ray’s cycling abilities, and thought that Ray would want the Wachtels along as part of his support crew. “We were so different in terms of our skill levels that we really didn’t ride together. He was a mentor in terms of road cycling,” Ira says. “We used his guidance very often to mold our own growth in the activity.”

As Ray’s disease progressed, he lost the use of his left arm. Ray’s beloved two-wheel Schwinn road bike had to be modified so that all shifting and braking occurred on the right side. Ira joined Ray in preparatory rides so that he could get used to the new set up. “Ray was such a high-level cyclist that Ira couldn’t ride with him normally,” Lynn says. “Ray liked to ride by himself. He would ride a hundred miles or two hundred miles. He just loved to ride, and he was fast and proficient. Only when he was already suffering in the throes of his decline with ALS, riding one handed, did he ask Ira to please come with him.”

Ray had initially wanted to take the same route that Ira and Lynn are taking this year (their journey takes them on the middle cycling route through the U.S., beginning in Burlingame, Calif., and ending in Portsmouth, N.H.), but his doctor encouraged him to complete the ride sooner rather than later. So in October 2015, the Wachtels set out together with Ray’ and his friends and family from San Diego.

Ray took a fall on day five of the trek and wasn’t able to cross the country in the way that he originally planned. Instead, he used the opportunity to raise money for MDA and asked people donate miles as he recuperated. Riders continued, and Ray asked Ira and Lynn to bookend the trip, driving to Gulf Shores, Alabama and cycling to St. Augustine, Fla.

The timing worked out so that the Wachtels could return to Florida around the same time that Ray was ready to get on his new recumbent bike and complete the trip. They re-rode the final leg of his “little ride” with Ray. “Every part of us wanted him to just keep on riding, which he loved to do so much, and stay healthy and not deteriorate further — to freeze that moment and not go on,” says Lynn.

As they set out on their new trip, the Wachtels will keep Ray’s memory close. “I couldn’t imagine doing this ride without it relating in some way to Ray, and that’s why I wanted to raise money for ALS research,” says Ira. “He’s going to be riding on my shoulder. He’s going to be the the spirit that will hopefully permit me to succeed in crossing the country on my bike.”

They expect to reach their destination on July 25, 2017. After completing this second cross-country trip, the Wachtels will join the Champaign-Urbana community for the Inaugural Ride for Ray event on August 5 — fittingly, Ray’s birthday.

“While I could never keep up with Ray the cyclist or for that matter Ray the volunteer, Ray the chronicler or Ray the anything else, I could and did take one particular piece of his of advice to heart,” Ira wrote in a fundraising appeal to friends and family when he announced his ride. “I paraphrase: ‘If you have a dream, then go for it and do it now because later may never come.'”

For Ira and Lynn, the time is now and their dream is Ray’s: a cross-country cycling adventure that, with every mile, bring us all closer to a cure.