On March 29, fire fighters from departments throughout the northeast gathered at Mohegan Sun Casino in Connecticut for MDA’s annual Fill the Boot Camp event. The goal of the one-day gathering is to provide fire fighters with the training and information needed to have a successful Fill the Boot season and to celebrate the accomplishments of the previous fundraising year. And there was a lot to celebrate!

Last year, Fill the Boot raised more than $24 million dollars for MDA. The program, a collaboration between the International Association of Fire Fighters (IAFF) and MDA, is one of MDA’s signature fundraising events. Since 1954, Fill the Boot has raised more than $600 million dollars to fight neuromuscular disease. With IAFF’s unwavering support through the decades, research has progressed to the point where several new drugs have been approved by the FDA within the last two years.

This is the second Fill the Boot Camp event I have been to, having also attended the 2016 event at Mohegan Sun. I remember the convention hall being packed to the brim that year; this year it looked to be even more full. I would later learn that my eyes didn’t deceive me — there were over 400 fire fighters in attendance, making it the largest Fill the Boot Camp hosted across the country. 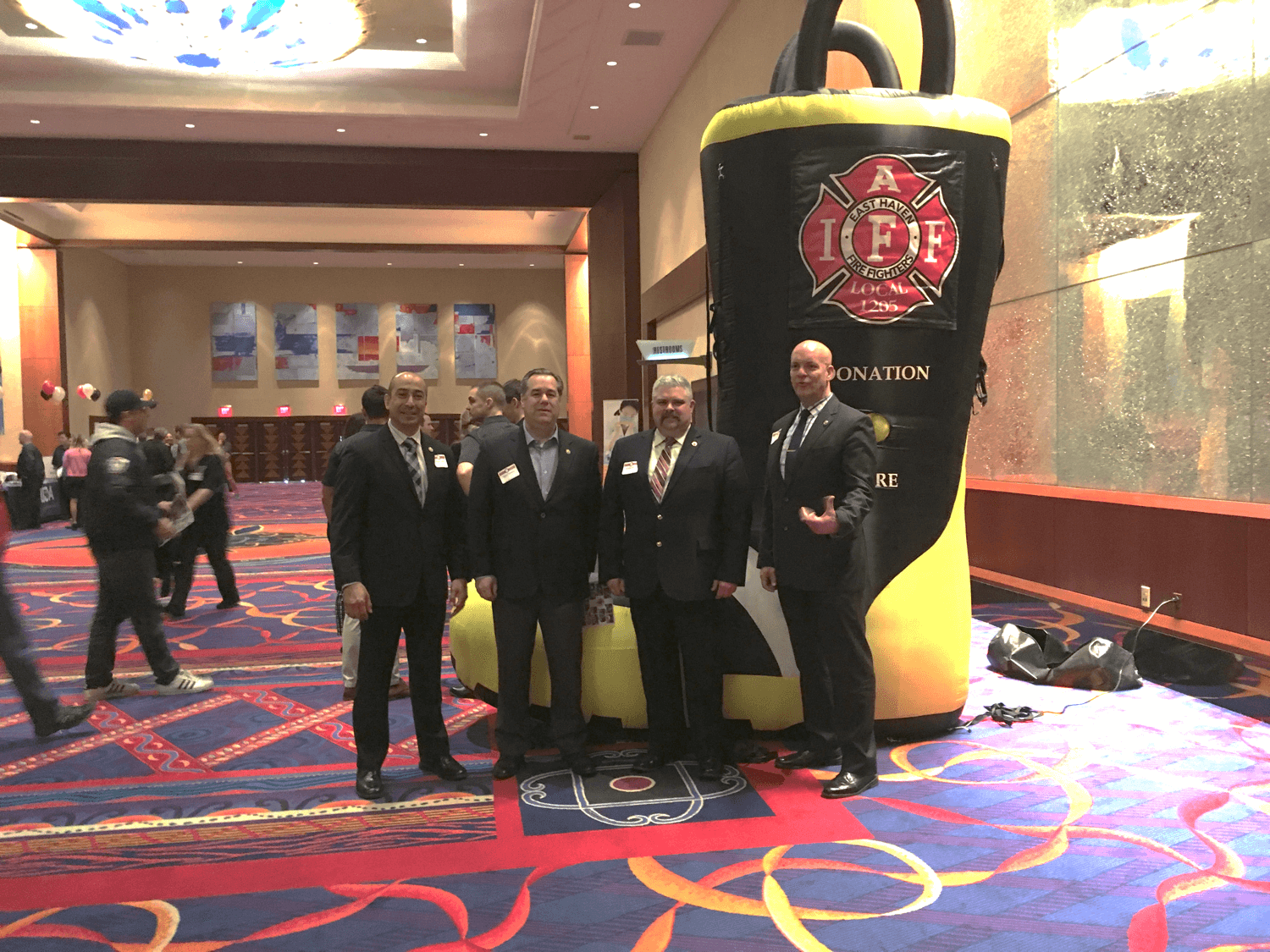 There was a palpable buzz in the room in the hour preceding the event, with fire fighters, MDA staff and families conversing and mingling with one another during lunch. I enjoyed the opportunity to meet fire fighters from all over the northeast. Some came from as far as New Jersey and Maine, having just arrived a few minutes before.

After lunch, the event kicked off with a moving bagpipe procession and an MDA introductory video. During the next two hours, several speakers came to the stage to talk about MDA and IAFF’s longstanding commitment to ending neuromuscular disease and to recognize fire departments who have gone above and beyond in Filling the Boot.

Some highlights from the day: 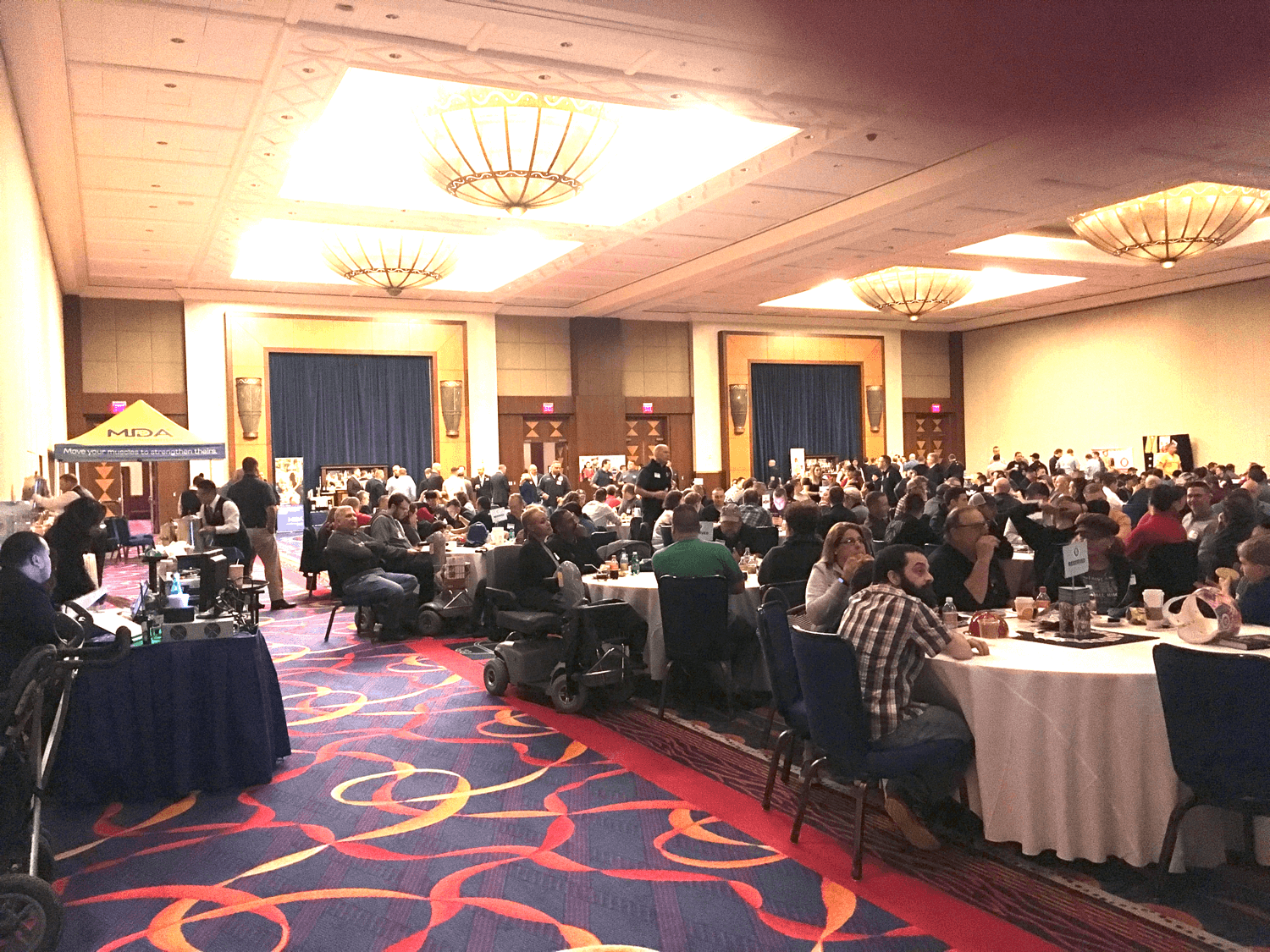 Overall it was a whirlwind of a day that culminated with a giant cake to celebrate IAFF’s 100th birthday. It was great to see so many new fire fighters at this Boot Camp for the first time, in addition to the IAFF leadership who attend every year. Inspiring a new generation of fire fighters to continue the decades-long tradition of Filling the Boot is crucial. They are a valued partner in the fight to end neuromuscular disease, and their support means a lot to families such as my own.

Ed Kelly said it best when he talked about the importance of IAFF continuing to support the MDA community: “It is important to show that we have their back.”