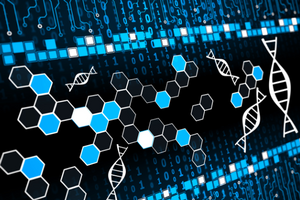 I know my blog has been quiet recently, and for that I apologize, but Old Man Winter has taken a death grip on Moab for the last 2 months, and seemed content to hold it in a freezing grip for the foreseeable future. In fact, my CJ hasn’t been off the trailer since I picked it up before Thanksgiving from Jimmy’s 4×4, after getting my transmission rebuilt; it sure is sad seeing her sit there looking abandoned and covered in snow! So today’s blog is going to be a little bit different, I have entitled my blogging page as, “The Adventures of the Handicap Jeeper in Moab.” Well today, we’re going to focus more on the handicap part than on the adventures part.

As I explained in my About Me page, and went into more detail on my first blog “Mo-who?”, I have a rare neurological disorder known as Charcot-Marie-Tooth, a.k.a. CMT. As I’ve stated before, CMT is a peripheral neuropathy, meaning it only affects the nerves in my arms/hands and legs/feet. It is a degenerative disease, meaning that it is going to get worse over time, it can’t get better as nerves, once damaged, do not regenerate. Thankfully I don’t experience any chronic pain with my disorder, whereas many people with CMT do. As a result of this, I rarely see a doctor regarding my disease, as there is no medical treatment which can improve my situation. In fact, probably the last “CMT expert” I saw was the podiatrist I went to while growing up, and he was an expert because he had CMT, albeit a very minor case. So I can easily say it’s probably been over 20 years since I’ve seen a doctor who knew more about CMT than I did; oftentimes when I tell a doctor I have CMT, I then have to explain what it is!

Recently, at the behest of my loving, caring, always worried about me, and wanting the best for me mother, I began looking into the possibility of once again meeting with a CMT expert to see what if anything has developed in terms of research and/or treatment of the disease. I found that there are numerous CMT research clinics located around the world, but the doctor who is probably on the cutting edge of CMT research is Dr. Michael Shy, who works at the University of Iowa Hospitals and Clinics. I found that he held clinics for people with CMT, where we could be evaluated by him and his staff of experts. So just a couple weeks ago, Misty and I flew to snowy and cold Iowa, for a series of meetings and evaluations by some of the world’s leading CMT experts.

Prior to traveling to Iowa, I was asked to fill out several questionnaires regarding my medical history, both pertaining to CMT, as well as a general history. I also filled out a very detailed family record including my grandparents, parents, siblings, and nephews and nieces, and whether any of them displayed symptoms of CMT (Typically, although not in my case, CMT is a hereditary neuropathy being passed down from one generation to the next with a 50/50 chance of the offspring inheriting the disorder. I say not in my case because I am unique, and there is no family record of anybody either older or younger than I have any indication of CMT. This means that I am a first-generation mutation.)

Upon arriving at the clinic, we were met by Dr. Shy, a very soft-spoken man, but obviously an incredibly warm and caring individual. Throughout the day we met with numerous experts, all with the intent of helping me, and better educating me regarding CMT, and possible treatments, or things I could be doing to help myself.

We first met with Dr. Shy and a couple of his assistants, who went over my medical history, where they concurred that indeed it did appear that I was a first-generation mutation, having not inherited CMT in the traditional way. He then did a series of motor tests to verify the strength in my arms and legs. He then poked me with a needle starting at my toes and working his way up, asking me when I felt it, then repeated the test on my hands and arms. Lastly, he had me close my eyes then moved various joints (toe, ankle, knee, hip then finger, wrist, elbow and shoulder) either up or down, and had me tell him which way he had moved the limb. They strength tests showed that I had minimal strength in my lower peripheries, and didn’t get to a more “normal” strength until you got above my knees and elbows. Same thing with the needle test, below my knees and elbows sensation was greatly reduced, and the time it took the message to reach my brain was greatly increased. The last test showed that I didn’t have accurate spatial recognition of where my limbs were until he got to hip and shoulder joints. All of this was pretty expected, and the results were typical of most CMT patients, although mine being on the more severely affected side of the spectrum.

Without getting too medically in-depth, the underlying cause of CMT is peripheral nerve damage to both sensory as well as motor neurons. Typically the damage is either to the myelin sheath (the outer layer which insulates the nerve, similar to the plastic covering protecting a typical copper wire) or to the nerve axon (the end of the nerve which actually sends and receives signals and impulses). In my case both the myelin sheath, as well as the axon are damaged. The axon damage explained my reduced strength, and lack of spatial recognition; the damage to the myelin sheath explains the extended time it takes for the message to reach my brain. In order to determine how damaged my myelin sheath was, Dr. Shy had me undergo a nerve conduction study. For this, sensors were placed on various parts of my arms and legs, the muscles were then stimulated, and a sensor determined how long it took the message to travel the specified distance. A normal nerve conducts at about 50 meters per second, my nerves were transmitting at between 11 and 17 meters per second.

Based upon the results of the nerve conduction study, as well as my personal family medical history, Dr. Shy speculates that I have CMT type 1B, the third most common type of CMT. Approximately 80% of CMT patients have CMT 1A, about 10% have CMT 2, and about 5% of us have CMT 1B. The remaining 5 percent is made up by the remaining 70 or so extremely rare types of CMT. In order to confirm this diagnosis, I submitted to a blood test which will be able to determine whether or not I do for sure have CMT 1B. If the blood work comes back negative, then the University of Iowa will submit my blood to additional testing, trying to figure out exactly what kind of CMT I do have.

For the rest of the day I met with various other experts, including a genetic counselor, physical therapist, occupational therapist, orthotist (a person who builds leg braces, like what I wear), and an MDA representative. All were very knowledgeable of CMT, and gave me suggestions on things which could help me, and make my life better.
At the end of the day I again met with Dr. Shy who summarized the days results, and shared with me his prognosis about how my disease will progress in the future. They measure CMT patients on a scale from 1 to 36, he said they rarely see anybody over a 30, based upon his tests with me he said he would put me at a 28 in terms of severity. This is both good news, as well as bad. It is bad because it means that my CMT is very, very severe, but it’s good news in the fact that my nerve damage probably won’t get any worse. This means that if I can stay physically active, I hopefully will be able to maintain about the function which I currently have.

The other interesting thing which we learned was that if Misty and I decided we wanted to have our own biological children, that there is a way in which they could take only the chromosomes from me which do not carry the CMT gene, implant them into an egg from Misty, and thus guarantee that the child would not have CMT nor be a carrier of the disease. This was very surprising, as I had not heard of anything like this before. Before this, I had never wanted to have biological children, because I did not want the possibility of passing on my disorder, which if Misty had gotten pregnant in the traditional way, the child would have a 50/50 chance of having the disease. Obviously this genetic testing would be very expensive, but at least it gives Misty and I something to think about, and decide if we want to pursue.

The next day I met with a pulmonary (lung) doctor, as some people with CMT have decreased lung function as a result of the disorder. My tests all came back within the normal range, which is definitely a good thing. Lastly before leaving for home, we went to an audiology clinic where they tested my hearing, again it’s been shown that often times people with CMT have diminished hearing. My tests concluded that I did indeed have some hearing loss, mainly in the lower frequencies. They also showed that it was hard for me to pick out specific sounds if there was a lot of background noise. Which from my own personal experience seems to make sense.

The 2 days of testing I went through were very informative, and I’m extremely happy that Misty and I attended. I can’t say enough about the professionalism we experienced, and how impressed we were with Dr. Shy and his staff. I look forward to hearing the results of my blood work, because that can determine if I could possibly qualify for some future experimental medication they are developing. And I figure the more you know about your body, especially the problems with it, the better off you are in this life.