Growing up, Marc van de Rijn was always interested in medicine. After briefly considering a career working with computers, a sudden health challenge after his freshman year of college made him realize that instead of sitting behind a desk, he wanted to work with people and become a doctor.

“After my freshman year, I suffered a spontaneous collapsed lung and needed surgery,” Marc says. “I had a surgeon who was really amazing. He knew I had an interest in medicine, so every day when I was getting chest X-rays he would come in after with the X-rays, show them to me and walk me through his thought process. He became not just my doctor but a mentor.”

After being discharged from the hospital, Marc kept in contact with the surgeon, who invited him to come back to the hospital and shadow him for a day to see what it was like to work in the medical profession.

Marc’s time in the hospital helped change his career trajectory. Today, Marc, who is 30 years old and lives with facioscapulohumeral muscular dystrophy (FSHD), is finishing his final year of residency before starting a fellowship and career as a neuromuscular doctor. His schooling has taken him from Philadelphia to Boston to California.

And to think it all started with a chance occurrence — a spontaneous collapsed lung. 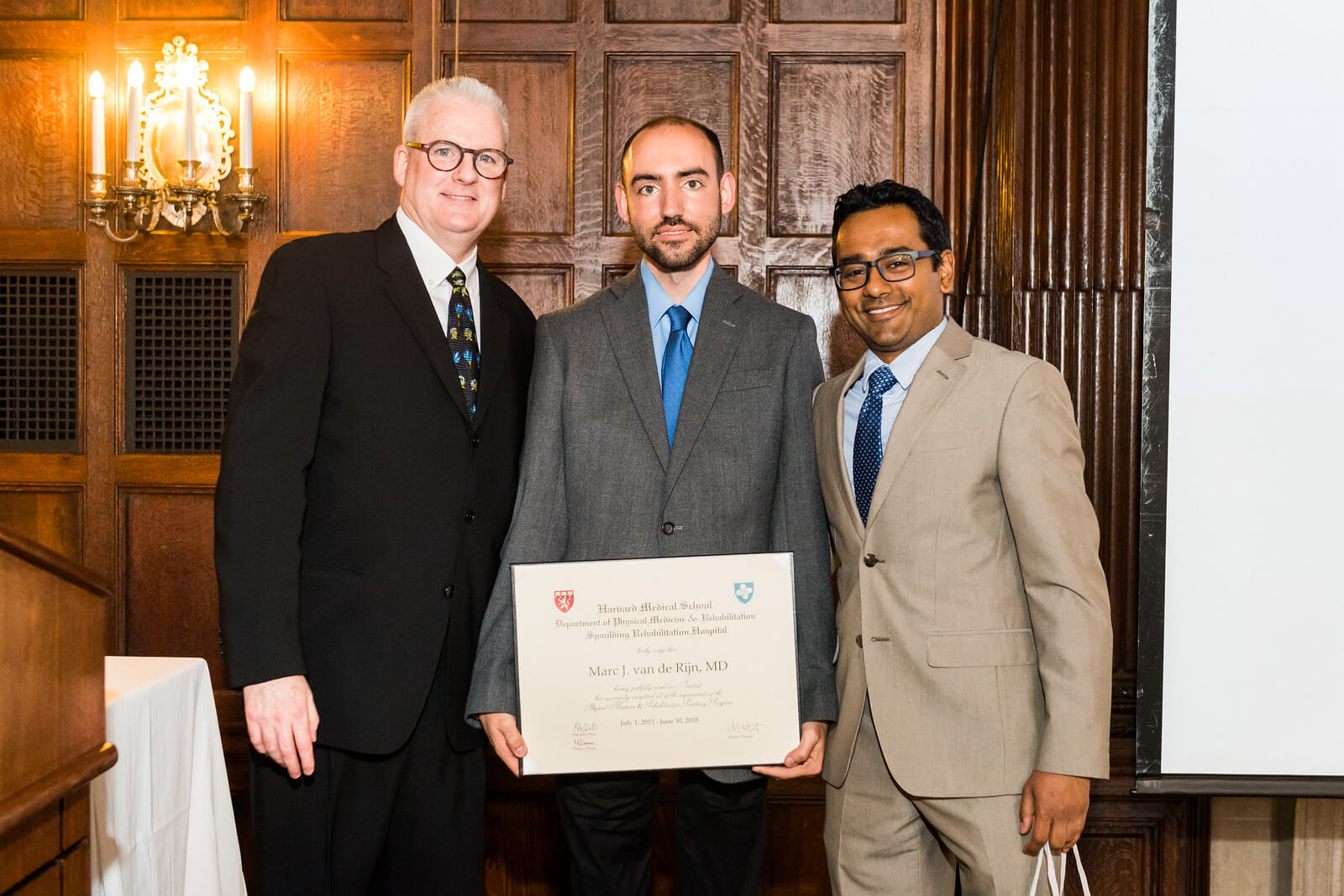 “That experience is what got me into medicine,” Marc says.

Growing up right outside of Atlantic City, N.J., Marc was an active kid who played several sports. Although he always had facial weakness, other parts of his body began to weaken in his teenage years.

“When I hit puberty, I started to notice weakness in my upper arms,” Marc says. “Then it started to affect my legs as well.”

After graduating high school, Marc attended the Stevens Institute of Technology outside of New York City, where he majored in biomedical engineering. After the episode with the collapsed lung, Marc was intent on becoming a doctor, and after graduating from Stevens he enrolled in medical school at Temple University in Philadelphia.

While at Temple, Marc was given a broad medical education, culminating in an internship at a Philadelphia-area hospital. However, he knew he wanted to ultimately work in a field that helped others living with neuromuscular diseases. After graduating from Temple and finishing his internship, he found an ideal setting for his three-year residency: Spaulding Rehabilitation Hospital in Boston.

Life as a resident

In 2015, Marc moved to Boston to start his residency in physical medicine and rehabilitation (also known as physiatry) at Spaulding Rehabilitation Hospital, a world-renowned hospital that serves all sorts of patients, from those overcoming injury to recent amputees to those living with progressive neuromuscular diseases.

For Marc, it was an ideal setting to continue his training and help others living with physical challenges.

“It was what I was looking for in a residency,” Marc says. “On the physical medicine side, my focus is on function, trying to help patients attain the highest level of function they can have. Then on the rehabilitative side, I focus on patients who have disabilities with no cure. I treat their symptoms and use adaptive equipment to make them as functionally independent as possible.”

When interviewing at Spaulding, Marc told the residency program director about the symptoms of his FSHD — that he could not lift his arms up over his head, that he had weakened hand strength and that he could not run or walk at a fast pace. The program director was not worried, especially given that Spaulding has had several residents with disabilities complete the program in the past.

“He told me that I’ll be fine,” Marc says. “It was reassuring for me and one of the reasons I chose the program.”

After finishing his three-year residency at Spaulding at the end of June, Marc will be moving to California to embark on a one-year neuromuscular medicine fellowship at the University of California-Davis. 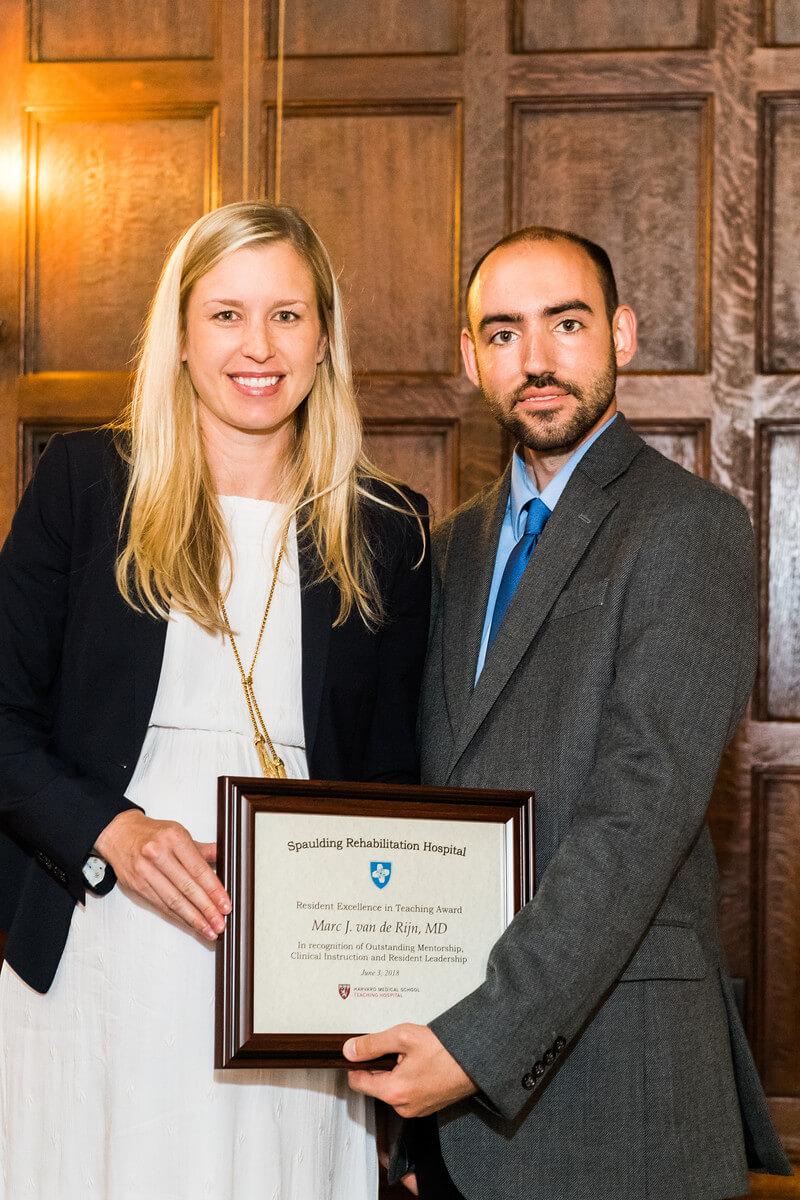 “I’ll be training specifically in care and treatment of individuals with neuromuscular conditions,” Marc says. “I’ll be learning the treatment and management of those patients and how to care for them.”

The fellowship will be a natural progression in his career ambition.

“I want to do neuromuscular medicine as my practice, along with conducting cutting-edge research,” Marc says. “With both a background in physiatry and my neuromuscular training, I could potentially fill both roles at MDA Care Centers, which is exciting.”

Marc is hopeful that his example will serve as proof that anyone living with a neuromuscular disease can become a doctor. However, before considering whether you can do it physically, he says to make sure that you are first willing to put forth the commitment.

“Medical school and residency is a long road for anyone, so you want to make sure that you really want to do it,” Marc says. “That said, there is no reason why anybody can’t become a doctor.”

Marc specifically remembers a conversation he had while considering medical school that helped put his mind at ease.

“I was talking with my childhood pediatrician once, and he said being a doctor is all about thinking,” Marc says. “It’s about being able to figure things out, diagnosing and taking care of people. Everything else you can have someone help you with, such as a nurse helping with a patient’s physical examination.”

While in school, Marc learned how to be a self-advocate, which he feels is an essential quality for anyone with a disability to have in medical school.

“It’s important for you to know you can do it and to not be afraid to go to people and say, ‘This is something I’m struggling with,’ or, ‘This is the accommodation I need,’” Marc says. “And if it’s a good program, they will want you to succeed as much as you do and they will do whatever it takes to make it happen for you.”

On the right path

Eight years of medical school and residency have been challenging for Marc, but worth every minute. In addition to receiving top-notch training, Marc has enjoyed his interactions with other patients with neuromuscular diseases and is excited to make it his career work. As part of his residency, Marc participated on a multidisciplinary care team at the MDA Care Center at nearby Boston Children’s Hospital. One child in particular left a lasting impression on him.

“I just discharged a child the other day who had some equipment on loan from MDA,” Marc says. “He asked me about my arms and I was able to tell him that I had muscular dystrophy as well. He turns to me and said, ‘You know what? You beat MD, because of what you’re doing.’ This is an 11-year-old kid we’re talking about.

“It validated the reason I wanted to go into neuromuscular medicine — to help kids like him with muscular dystrophy and hopefully to be a role model in some way for these kids. It was a really powerful moment for me.”