When Jone See, a devoted mother of five and doting grandmother to nine, was diagnosed with ALS (amyotrophic lateral sclerosis) in December 2014, it didn’t take long for her community to rally around her.

“My mother had a million friends,” says her daughter Nikki See. “They all wanted to do something for her.”

In May 2015, her family and friends found themselves at the starting line of the Annual ALS Bike Trek in Minnesota. In just a few short months, they had reached their 2015 fundraising goal of $6,000.

“As a family, we tool around town on our bikes,” Nikki says. “So when we heard about this, we thought it sounded like a fun way to get people engaged.”

Jone, a retired nurse, and Phil, her husband of 47 years, were there to cheer on the team – and to learn more about what lay ahead. 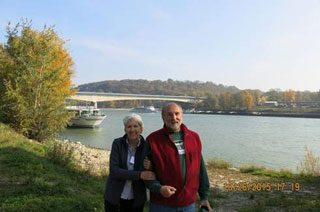 “It was hard that first year to face the reality of ALS,” Nikki says. “But it was also nice to meet people who have been through this.”

Through the ride Jone made new friends, Phil reconnected with a former colleague he hadn’t seen in many years whose wife had passed from ALS and a new family tradition had begun.

The See Family took to the course again in 2016, when Jone was named honorary co-chair of the event. They hoped to double what they had raised in 2015 and by race day had raised $12,000. This year they will again be among the riders at the 8th Annual ALS Bike Trek MN on May 20.

Sadly, Jone will not be there to see her family cycle for a cure. She passed away on May 3. The ride will be a remembrance and a celebration. And though there might be tears, the Sees will honor Jone’s wishes.

Her obituary, which she wrote herself, says “Don’t be sad, OK?”

Jone’s sharp wit and good humor was a sustaining force during her illness. And her family’s fundraising efforts and commitment to the Bike Trek were all part of what Jone called “a long and mindful goodbye.”

She wrote of her experience, “I have been taking care of sick people since I was in high school while working in my hometown hospital and throughout my nursing career. I’ve always tried to be compassionate and a good example for my patients and others. With ALS I continue to strive to be a good example for my family and friends as I face the challenges of this disease.” 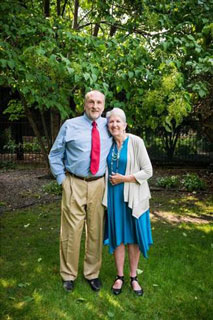 That meant taking advantage of the time she had with her large and loving family. Whether that was spending time at the family cabin in Wisconsin, playing the dice game Farkle with her grandchildren or taking trips to see her adult son in Colorado, Jone was always “living in the moment,” her daughter says.

“ALS is a terrible disease,” Nikki says. “But on the other hand, it has forced us to be present in our relationships and not to wait for some moment in the future to do the things we’ve been meaning to do.”

For Jone, that meant long hoped for trips to Cuba to experience art and culture and a tour of Europe to take in music.

“The silver lining is that we’ve had two wonderful years,” Nikki says.

As her disease progressed, Jone was with family around the clock. One of her children and her husband was with her at all times, and she spent her time playing games or cards and discussing the issues she’s passionate about, like politics, all while surrounded by family.

As she wrote in her obituary, Jone was a voracious reader and consumer of current events. “I also lo 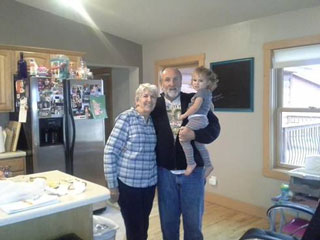 For Nikki, the experience of caring for her mother and watching her disease progress was transformative.

“They say ALS is a rare disease, but it doesn’t feel rare,” says Nikki. “I remember the summer of the Ice Bucket Challenge paying more attention to the media questioning if it was a waste of water. But now that I’ve seen how much more people know about ALS because of it, I realize that awareness is key to finding a cure.”

Jone would agree. As she wrote when she was named honorary co-chair of the Bike Trek in 2016, “Now, when we toast our glasses, we toast to the moment. … ALS can be diagnosed at any age and, as of now, life expectancy is short. We need to fund research to find a cure.”

Join the See family at the Trek this weekend! Visit the website for more information about the ride and to register.

May is ALS Awareness Month. #EndALSwithMDA