When Kevan Chandler and his friends decided to go backpacking in Europe this summer, they expected a few dozen friends and family members to be interested in their plans. Little did they know their adventure would become international news.

The media response to the trip has been “awesome” according to Kevan. He and his travelling companions have been featured in newspapers in Sweden, the United Kingdom, Australia and Germany, as well as on national networks like CNN and CBS here in the U.S. “[It has been] more than we ever dreamed. It has been really encouraging to see folks getting so excited and invested in our trip too.”

Why the massive interest? Backpacking in Europe is somewhat a rite of passage for many 20-somethings, after all, so what makes Kevan’s trip so different?

It turns out that Kevan won’t exactly be backpacking himself. Instead, he will “be” the backpack.

That’s because Kevan has spinal muscular atrophy (SMA), a genetic disease that severely limits strength and mobility. The places he and his friends wish to visit, including catacombs, monasteries and remote villages in England, Ireland and France, would otherwise be inaccessible for someone like Kevan, who uses a wheelchair. Instead, his friends will carry him in a specially designed backpack.

For Kevan, living life to the fullest and finding innovative workarounds to problems he may face, whether at home in Indiana or in a castle in Europe, is how he lives unlimited.

The trip has Kevan feeling both thrilled and nervous. “Each place we’re visiting has a different element that both excites me and terrifies me. It’s funny how those can often be one and the same. In Ireland, for example, I am thrilled to climb to the top of Skellig Michael, a place I technically should never be able to reach, but will now be possible because of my friends.”

There are some other obstacles, too – like funding the trip itself. “We knew we couldn’t afford to do this ourselves,” Kevan said of the decision to launch a GoFundMe campaign to help finance the adventure. “[Travelling companions] Tom Troyer and Philip Keller are teachers, I’m a writer, and Ben Duvall is a worship leader. But also, we are doing this as a community experience, and financially helping is an easy and practical way for the community to participate.”

A Sense of Community Steeped in MDA

Kevan, who was born in Florida and grew up in Winston Salem, N.C., has always seen the benefits of community involvement, stretching back to his childhood. “My big sister, Connie (who also has SMA), was the North Carolina Goodwill Ambassador for MDA in the early 1990s, and I was her sidekick. We attended lots of events in our area, including fundraisers at the mall and bowling events.”

But the greatest legacy of his family’s involvement with MDA and what Kevan is most grateful for are “the lasting friendships we made through the association’s networking efforts. The connections we made with other local families with MD have proven to be precious and irreplaceable over the years.”

Growing up with an older sister and role model with the same disease has been wonderful, Kevan says. “Connie is someone who understands me completely in my struggles and accomplishments. She has always been my best friend and most stalwart support.”

His sense of adventure — and living unlimited — also comes from his family. “My siblings and I had wild imaginations, and our parents encouraged our sense of creativity and adventure. Our dreams were never too big and we were raised to figure things out.”

Striking Out on His Own

Despite his close relationship to his family, Kevan also is – in the words of his friend Philip – “serious about love, adventure, friendship and living a full life with great boldness.” That has meant going away to college and, most recently, moving halfway across the country to Indiana.

Attending college with SMA proved no challenge for Kevan. “I’ve always been on the move, always depended on folks for help, and God has always filled my life with amazing people who ask not ‘What’s wrong with you?’ but ‘What can I do?’”

And his close friendships in both North Carolina and Indiana have made the transition easier. “[Travelling companions] Philip, Luke, and Tom (from North Carolina) have been part of my life for five or six years and Ben is the worship leader of the church I attend in Indiana. We met just before I moved and have ended up becoming dear friends. He is actually one of my primary caregivers nowadays.”

Living with and Travelling with SMA

Kevan’s optimism extends, naturally, to living unlimited with SMA. “My gut response when people ask what SMA is like is to say ‘It’s not that bad.’ I know that’s a horrible thing for some of my MD peers to hear, and I don’t mean to downplay the challenges of this progressive, frustrating disease. But life is a beautiful, beautiful, beautiful gift, and no matter what the struggles are, the wonderful joy of a sunrise or an Oreo milkshake or a bear hug far outweigh the hardships.”

As for travelling, his advice to others wishing to embark on journeys such as his is to be “flexible, aware, and forgiving.” He continues, “That includes the host, the helper, the stranger and the disabled. We’re all just figuring this out together.”

His friend Tom adds, “While Kevan’s muscular dystrophy is a layer of his experience, it is not the essence of his identity. I hope this adventure will empower people to think differently about their own limitations.”

Kevan and his friends will be documenting his trip through a variety of media, including film, blogs, photographs and social media.

In this way, Kevan and his friends will carry every supporter and fan with them this summer. He hopes their journey will inspire others. “When I see a mountain and I’m filled with fear, I go for it anyway. Because we’re all broken, some are just more obviously broken, and life, regardless of the disease, is a beautiful gift.” That’s a #LiveUnlimited philosophy that will doubtless inspire people around the world. 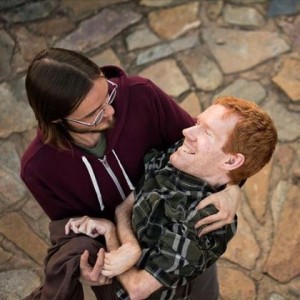 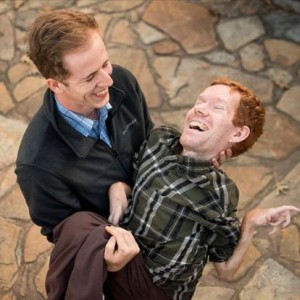 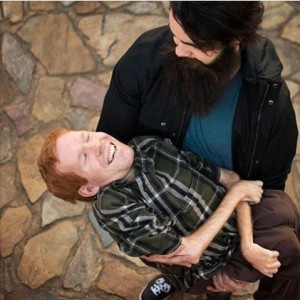 Strengthened by Spinraza, Marley Robinson is Tackling College — and Planning for More