Destiny Sanders was nervous. She was leaving her mom for a whole week to be with strangers. What was she thinking?

The 12-year-old was going to MDA Summer Camp for the first time, and she wasn’t so sure about the idea.

“I was a little panicky because I just didn’t like asking for help,” she says. “My mom knew how to help me with everything.”

The counselors put her at ease, even telling her she could call home any time she wanted.

Then she met the other kids and felt the most unusual feeling — that she could just be herself. That for once, she wasn’t different. That the other campers actually understood. She even wore shorts at camp, even though she wouldn’t touch them with a 10-foot pole at home.

In those shorts, the scars and rashes on her legs were on display, but suddenly, she didn’t mind so much.

“I didn’t call home,” Destiny says of that first week at camp. “Not once.”

She ended up attending for five more years. She made friends she still has to this day and through the swimming, dancing and horseback riding, she got to experience something special — how it feels to just be a kid.

And now, she raising money so other kids can get the same opportunity to go to camp and the same support that she and her family received from MDA.

On April 29, she’ll be participating in the Muscle Walk of Tampa Bay because she knows exactly how important it is to give back.

Destiny lives with dermatomyositis, a form of muscular dystrophy that causes rashes, muscle weakness and joint pain. She remembers tossing and turning in bed when she was just 5 years old, wrestling with the symptoms. She was in pain with tender spots on her skin. Everything hurt. Destiny called for her mom and told her that she had a monster inside of her. 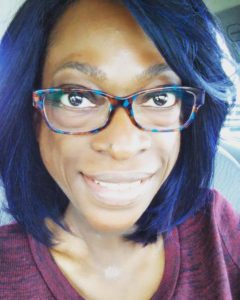 She remembers thinking, “If I could peel back my skin, this thing would come out and I would be OK.”

Four years later, when Destiny was 9 years old, she was officially diagnosed. MDA was there to support both Destiny and her mom from the beginning. She feels like she grew up with the organization.

In fact, Destiny doesn’t think she’d be where she is today without that support. It was always there when she needed it, like when she started college.

The books were heavy and the classes were far apart. Destiny had a hard time walking and she’d get exhausted. She was close to quitting for good. But her mom wouldn’t give up on her daughter getting her education, so she brought Destiny to an MDA Care Center, where someone suggested a scooter. It was a great idea, but a challenge for her mother, who was a single parent to four kids.

MDA stepped in to help Destiny get what she needed to succeed in school.

“I was able to go to school and put my book bag on it and go from class to class,” she says of her scooter.

“I know if it wasn’t for MDA I would be stuck,” she says.

In MDA, Destiny found the support and community she needed to live fully as a 12-year-old, as a college student and now as a mom to two kids. That’s why she’s been a passionate Muscle Walk fundraiser for the past 15 years, whether she was well enough to walk in the event or not. That’s why she’ll continue participating.

“I support MDA because MDA has supported me so much in my life,” she says. “When someone gives to you on that level, you’ve got to give back.”