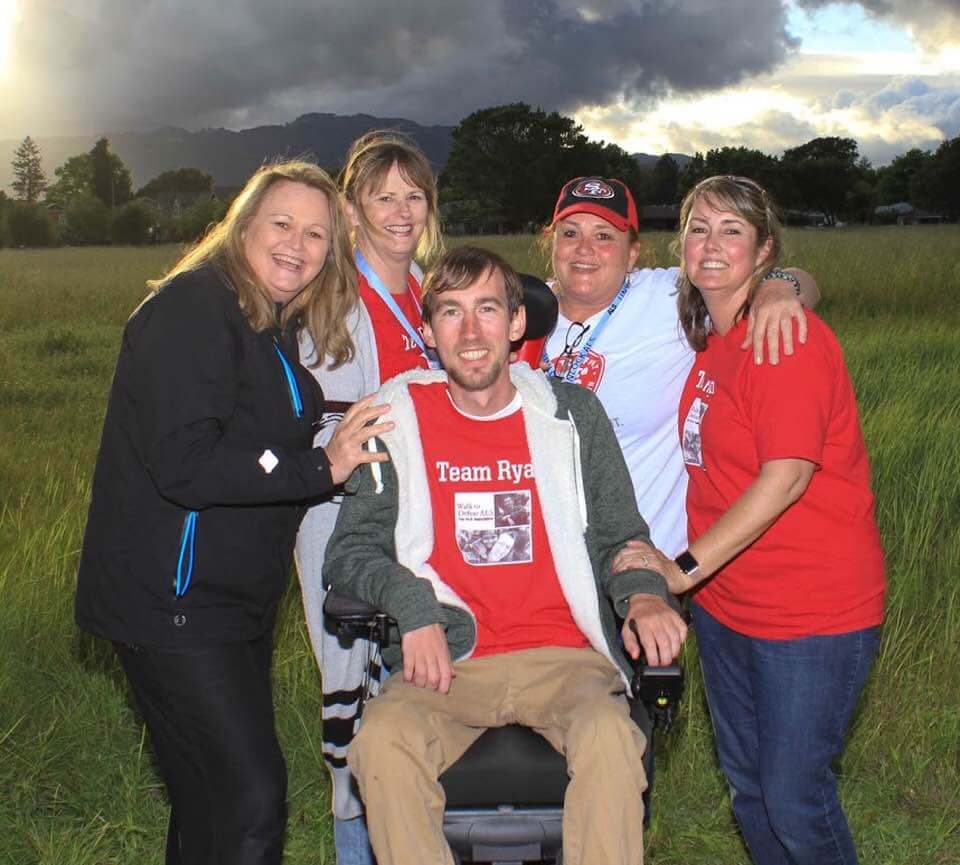 Ryan Farnsworth, 31, is passionate about spreading a positive message to others going through a tough time. Since receiving an ALS diagnosis in 2015, Ryan has made a conscious effort to maximize every moment of every day. As he has grown weaker, he has become even more determined to make a lasting impact on the world, whether it’s by teaching English overseas, writing poetry or sharing his story with audiences—including one this month.

On May 11, Ryan will be celebrating Drink One for Dane Day at Dutch Bros. Coffee in honor of Dutch Bros. co-founder Dane Boersma, who passed away from ALS in 2009. Dutch Bros. was founded on the core ideals of optimism and loving life, ideals that Ryan embodies every day.

Before ALS, Ryan was an active, athletic young adult who loved the outdoors.

“I was living in Telluride, Colo., with my dad, Ray, working as a server at a restaurant,” Ryan says. “I was in the best shape of my life, hiking and mountain biking during the summer and snowboarding in the winter.”

“There was a slight twitching of my muscles that began in one bicep and moved to the other,” Ryan says. “My family and I really began to worry when I started having difficulty gripping things like plates and saucers at work. My workouts yielded less results and it became clear after a time that I was losing muscle rather than gaining it.” 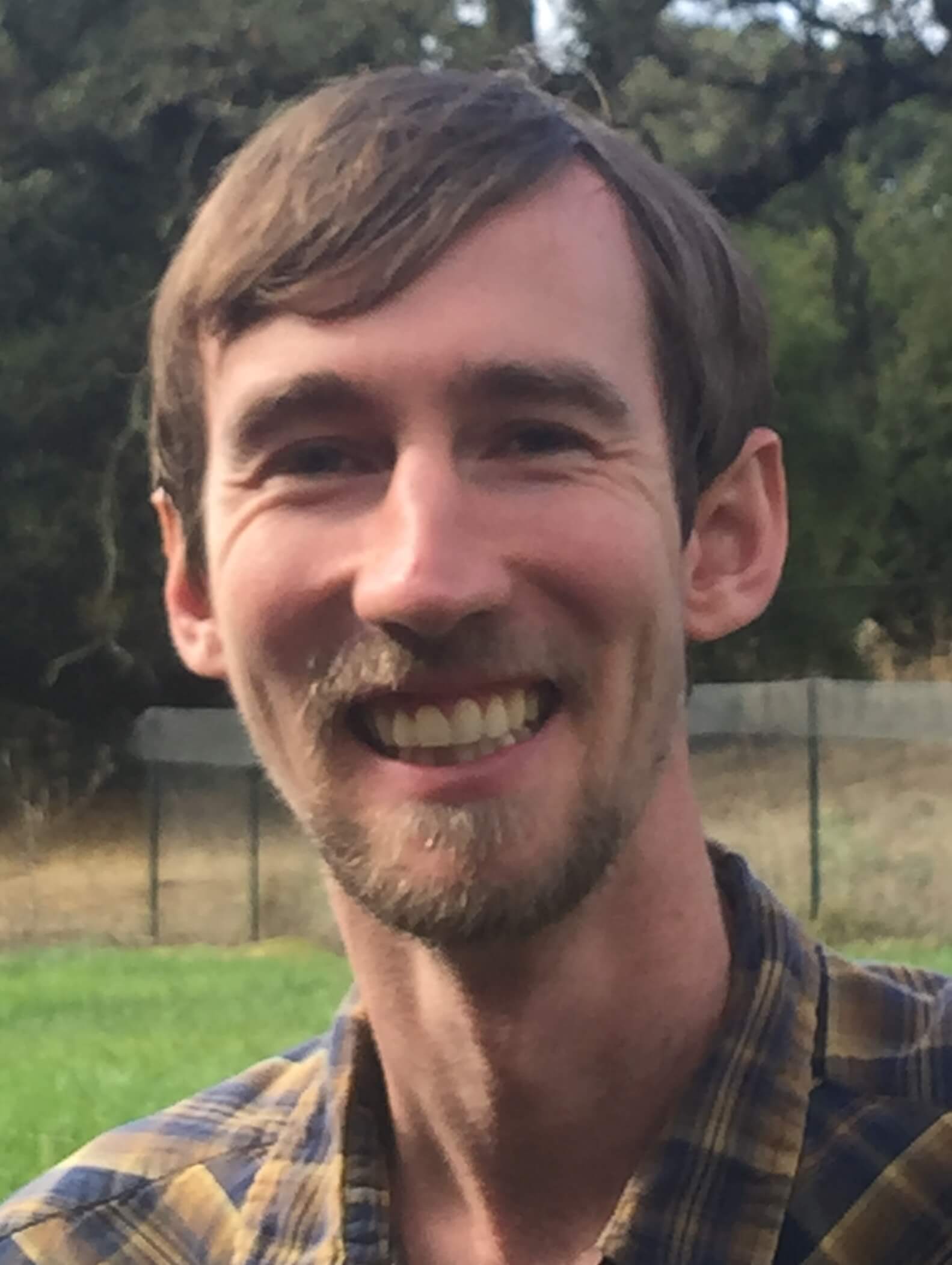 A series of doctors suspected he had ALS (amyotrophic lateral sclerosis) but were not sure, opting instead to diagnose him with a motor neuron disease. In October 2015 he was officially diagnosed with ALS at UC San Francisco. It was a shock, but after a long diagnostic journey, it was more or less what he expected.

“In a way it was a relief to have an answer, even if it wasn’t the answer any of us wanted to hear,” Ryan says.

Ryan moved back home to California, where he lives today with his mother, Trish, and stepdad, Bob. His father flies in monthly to help out as well, forming a support system that has meant the world to him.

“They are incredible and help me with the many things I need assistance with on a daily basis,” Ryan says. “We have a big and crazy family and they are all amazing and supportive people, many of whom are involved with ALS fundraising and charity events.”

As his symptoms started to manifest, Ryan made sure to continue living life fully despite the onset of progression. One of the items on his bucket list was visiting India, and he was determined to go on the trip, symptoms or no symptoms. It turned out to be a life-changing experience.

“I taught children from impoverished families math and English for a month,” Ryan says. “It was one of the coolest things I’ve ever done, and during my time with the children, they went from knowing the letters of the alphabet to being able to sound out the letters and finally to reading three letter words. Being there for that phase of their development was incredible.”

MDA played an instrumental role in helping Ryan during his transition.

“MDA offered a ton of support and information,” Ryan says. “At every three-month ALS checkup since my diagnosis, I have met with a member of the MDA team to see how I’m doing and to offer help with anything I need.”

MDA has also been beneficial in providing Ryan with useful equipment.

“One of the biggest benefits to my daily life that MDA has helped me with is the loan closet,” Ryan says. “Being able to borrow a mouse with modified foot clickers (my left foot clicks the left mouse button, and my right clicks the right) has allowed me to continue to use my computer as I wouldn’t have otherwise been able to do. It is impossible to overstate how important this has been in my life. It has enabled me to write poetry, create my website and do other fun things that I like to do, such as play video games.” 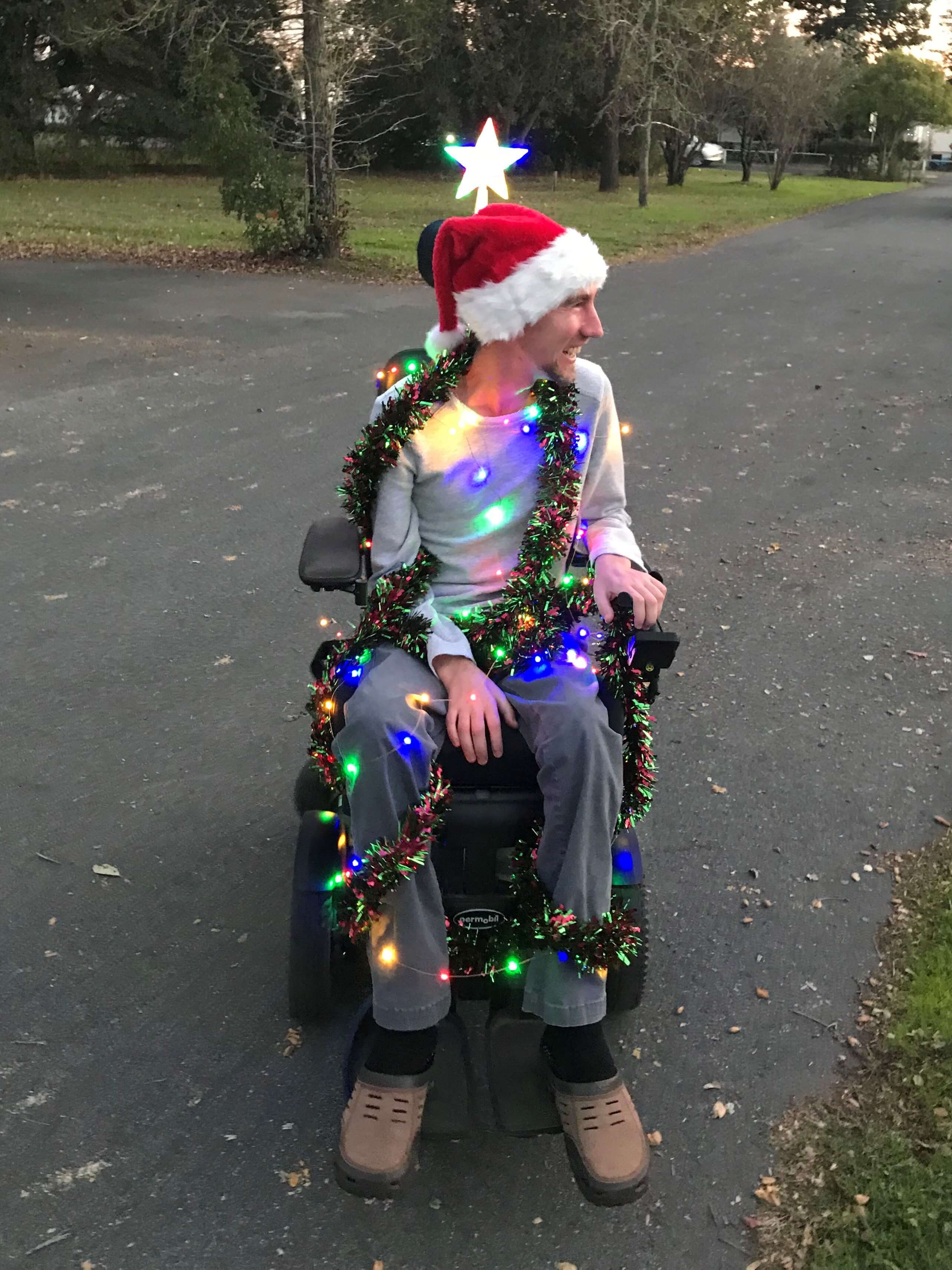 Through writing poetry, Ryan has found a way to express his feelings about living with ALS and inspire others in the process. As he has learned to cultivate a positive mindset, Ryan has sought to share his wisdom with others going through difficult times. The computer assist that MDA provided Ryan was especially useful as he wrote a book of poetry based on themes of learning and growth.

“Most of the book isn’t about ALS necessarily, but draws on themes from the natural world,” Ryan says. “In the spring and summer of 2016 I did a lot of writing, creating the majority of the poems that compose my self-published poetry book called ‘Seeds of Light Sown.’”

Writing the book was a rewarding experience for Ryan.

“Writing gave me an outlet, and I found that sharing my experience in a positive way gave me great joy,” he says. “People seemed to love the poems, and I am still amazed to this day how perfect it is that my passion for writing and expressing my experience is what other people enjoy reading.”

Ryan has also found public speaking to be an exciting and meaningful way to share his message with others.

“April 2016 was the first time I did public speaking,” he says. “It was a several-minute speech at the Santa Rosa ALS walk. I had the privilege of doing a poetry reading at the event last year and spoke again at this year’s walk.”

Ryan has also helped put a face to ALS for those working on the disease.

“I had the privilege of speaking at Cytokinetics twice,” Ryan says, “They are a pharmaceutical company that is working hard to create solutions for ALS and other diseases. At an employee luncheon last May, I was able to tell my story and do a poetry reading.”

“It is an incredible organization that puts on camps for kids that have or have had parents with ALS,” Ryan says. “At this camp, I conducted a guided meditation and did a poetry reading for parents, along with a poetry reading and small talk with the kids.”

This week, Ryan will Drink One for Dane, purchasing a coffee at his local Dutch Bros. location and, by doing so, making a donation to vital ALS research.

“We all want to live in a world where ALS is just a distant memory, and there is now more reason to be hopeful than ever,” Ryan says. “With help from remarkable partners like Dutch Bros., the Muscular Dystrophy Association is working hard to make this dream a reality. Their efforts are providing care for people with ALS like myself and funding the research that is moving us closer to finding a cure.”

Whether through speaking, writing or leading meditation sessions, Ryan is motivated to make a difference in any way possible. He wants to pass a message of hope to anyone experiencing ALS.

“To anyone newly diagnosed with ALS or to the family members of those diagnosed, I would say don’t give up hope,” Ryan says. “There truly is more reason now to be hopeful than ever before. More people are aware of what ALS is, which is helping us gain momentum towards finding a cure. Keep hope alive!

“I would also stress just how important it is to love and be gentle with yourself through this process,” he says. “I know how lonely the experience of living with ALS can be, as no one has a reference point for what it can feel like. I have found that reaching out to other people living with ALS or going to support groups can be a great way to connect with people who understand. Remember that there are no guarantees in life, whether you are completely healthy or going through the intense challenge of living with ALS. All that anyone can truly ask out of life is to enjoy the ride for as long as they have the privilege to be here.”