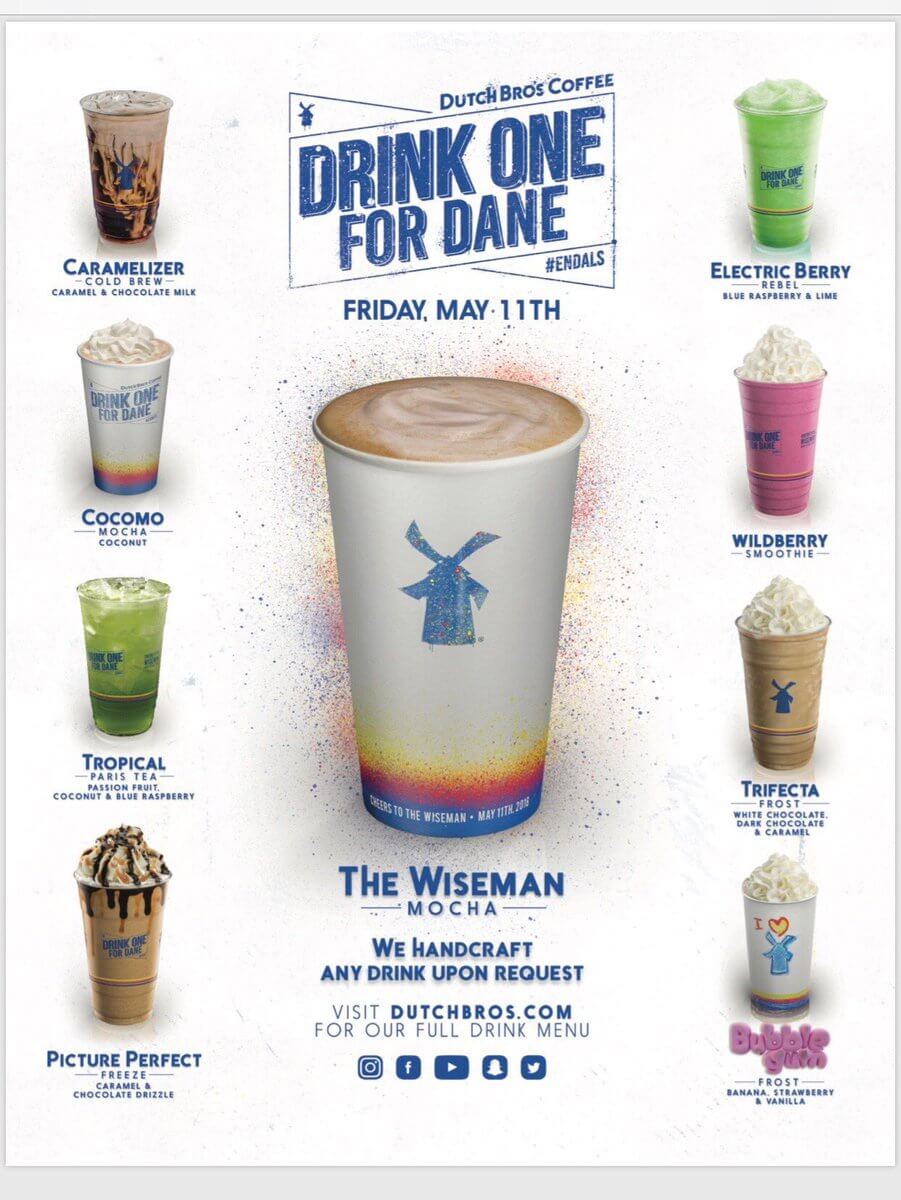 On May 11, your daily cup of coffee can boost more than your energy — it can also bolster MDA’s quest to end ALS.

For 12 years, Dutch Bros. Coffee has supported MDA through Drink One for Dane Day, a fundraiser launched in 2007 in honor of Dutch Bros. co-founder Dane Boersma, who was diagnosed with ALS (amyotrophic lateral sclerosis) in 2005. He passed in 2009, but his legacy — one of lightheartedness and positivity — lives on.

On May 11, all Dutch Bros. proceeds will be donated to MDA’s ALS research efforts and family support services. Based in Grants Pass, Ore., Dutch Bros. has more than 300 participating drive-thru coffee stands in the western United States, including locations in Arizona, California, Colorado, Idaho, Nevada, Oregon and Washington.

Last year, Dutch Bros. raised more than $1 million in one day. Help them top that this year with a simple coffee purchase — and a long-term investment in curing ALS.