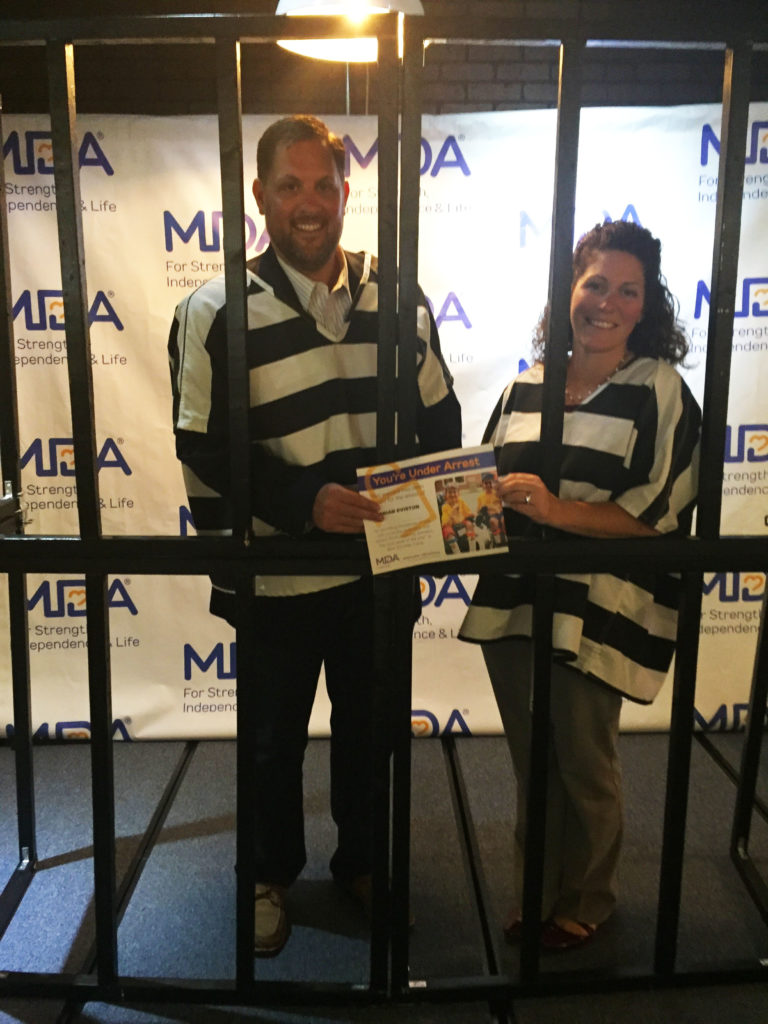 Brian Eviston likens learning that he had ALS (amyotrophic lateral sclerosis) to being caught in a riptide. “You feel yourself get caught up in it, and, initially, you’re shocked and panicked,” he says. “You attempt to fight against it. There’s a point where you realize that’s not doing you any good to fight against it, but that you better learn pretty quickly to — the best way I can describe it — use its own momentum against itself.”

Brian has used that momentum to do tremendous fundraising for MDA. Before his diagnosis last fall, MDA approached him in early 2016 to be a “jailbird” in the MDA Lock-Up. Business leaders are “locked up” and raise money for their “bail” from friends and colleagues. The bail, of course, goes to MDA and its fight to free kids and adults from the debilitating effects of neuromuscular diseases like ALS. The father of four was busy in his work as an attorney and passed the initial opportunity by, as he was very involved in his Northern Kentucky community with various other organizations. But this year, Brian received the call again, and he agreed to be “locked up.” In just three days, Brian raised $7,800, with an ultimate total of nearly $11,021. 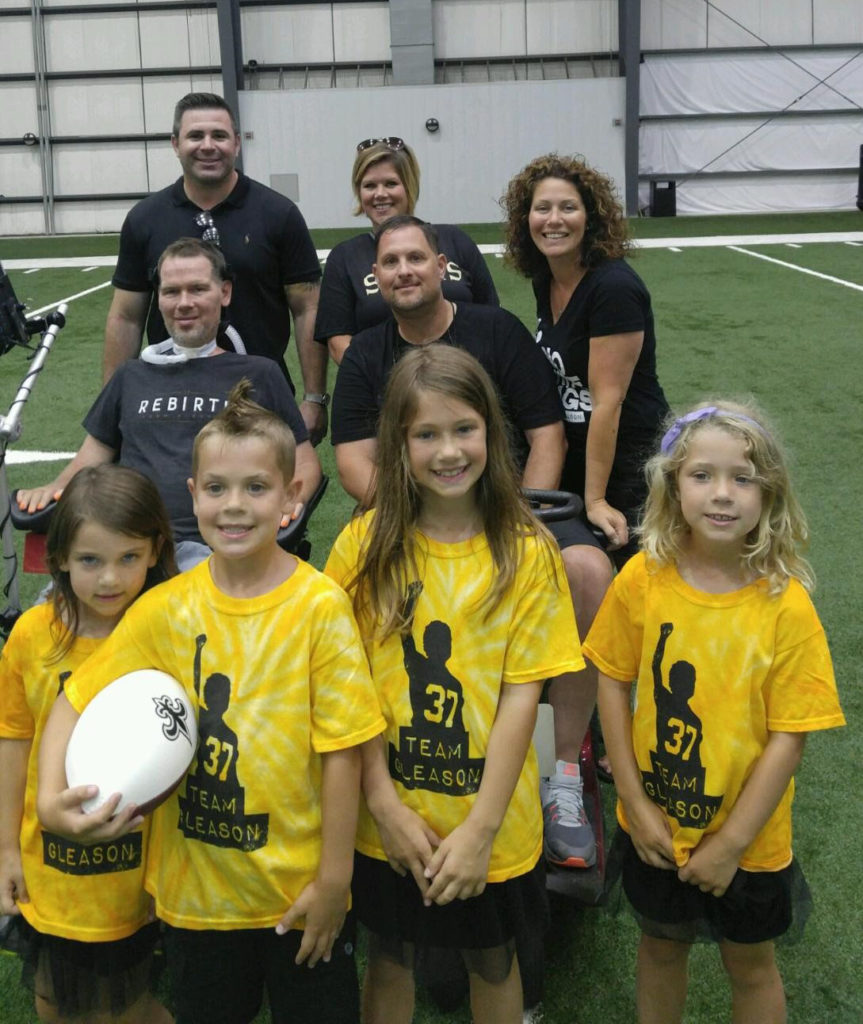 “I’ve tried to raise money for many different causes throughout my life,” Brian says. “I’ve never had the success that I have had with MDA. I suspect the reason that with any other cause that I have raised funds for — I love them all for different reasons — but I didn’t have my heart into it the same way that I did with MDA. When something affects you so personally and intimately, you put more of yourself into that.”

Brian recalls how MDA reached out to him “within days” of learning he had ALS last fall. “At that point in time my wife and I were really in shock and didn’t know what to do, what direction to take,” he says. They were out running errands, and, when they returned home, they found a hand-delivered box filled with information from MDA. “It really gave us a sense that one, we weren’t in this alone. There were people out there that we didn’t even know who really had our best interest at heart and wanted to help us cope with this. And two, it really gave us some practical information and advice about how to go about living with this disease on a day to day basis.” 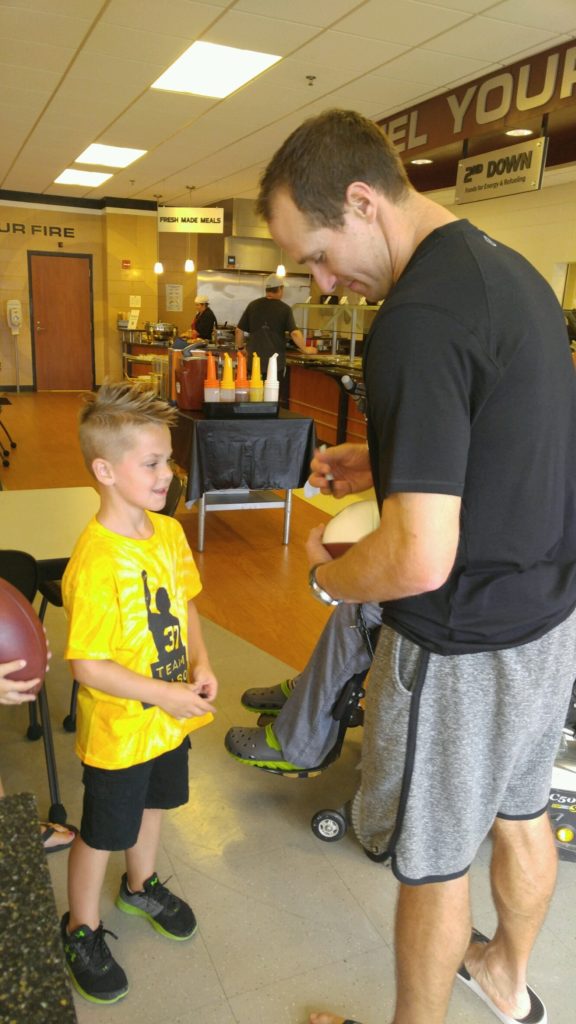 Brian’s boundless positivity has allowed him to be open to new experiences. “I think you’re left with a choice when something as incredible as this happens to you to either focus on the negative or focus on the positive. And I like to think for the most part, I have focused on the positive,” Brian says. “That although terrible and devastating, we really have been blessed with the outpouring of love and support by so many people — of course from friends and family, but even by people we don’t know.”

A friend organized a fundraiser to send Brian and his family to New Orleans to meet Steve Gleason, who played for the New Orleans Saints from 2000 to 2008 and who was diagnosed with ALS in January 2011, and other members of the Saints including Coach Sean Payton. That trip in a word? “Awesome.”

Though Brian struggles with persistent fatigue, and mobility and speech limitations, he has found renewed faith, grace and patience in all areas of his life as he lives with ALS. “I’m a more prayerful person. I’m a more patient person. I’ve learned to accept things and make the best of them, more than I ever would have before,” he says. “This disease really has brought out the best in the people around me, and I’ve really been witness to some acts of mercy and love both for me and my family. And I just feel so blessed in that.”