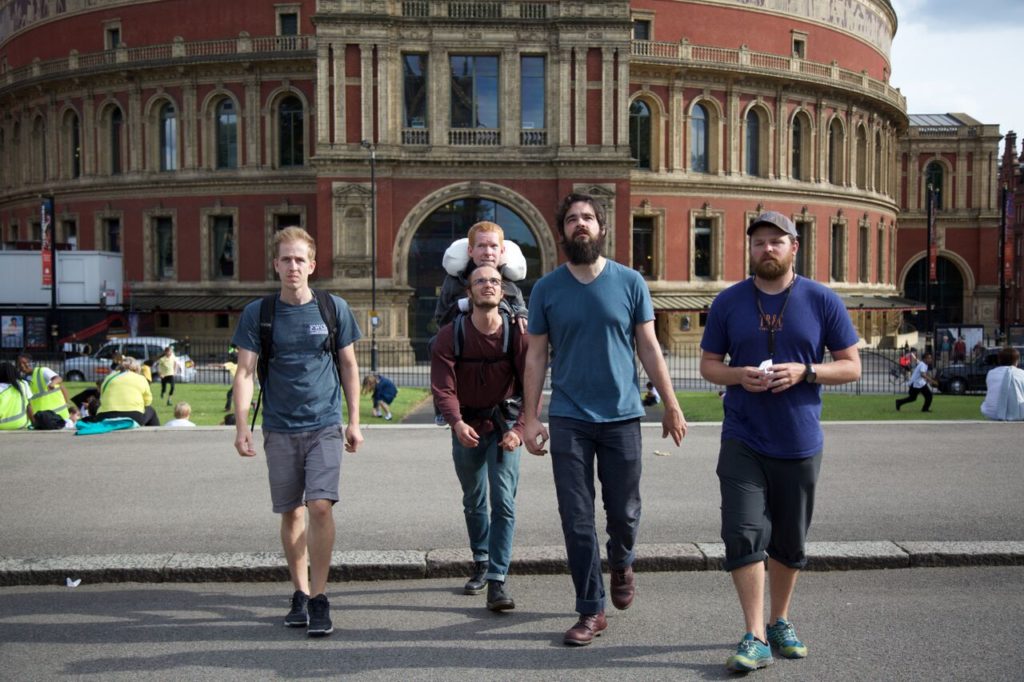 In the spring of 2016, Kevan Chandler‘s plan to backpack through Europe with his buddies became international news because of his unique mode of transportation: Kevan, who lives with spinal muscular atrophy (SMA) type 2, would be carried in a backpack.

It was an amazing experience, says Kevan.

“I typically rely on a wheelchair to get around, and our plans were not exactly conducive to that,” he explains. “So, we left my wheelchair at the airport and the guys carried me for three weeks in a specially designed backpack. We hiked the English countryside, climbed the island of Skellig Michael and explored Paris from one end to the other.”

When Kevan and his traveling crew returned home, they started a nonprofit called We Carry Kevan to make and distribute the backpacks that made his trip possible. They also started to make plans for their next adventure.

This August, Kevan and his friends will be heading to China for two weeks, and while the mode of transportation will be (mostly) the same, their itinerary will be a bit different.

In addition to seeing famous sites like the Great Wall and the Shaolin Temple, Kevan and his friends plan to make stops at several orphanages designed specifically to care for kids with disabilities. 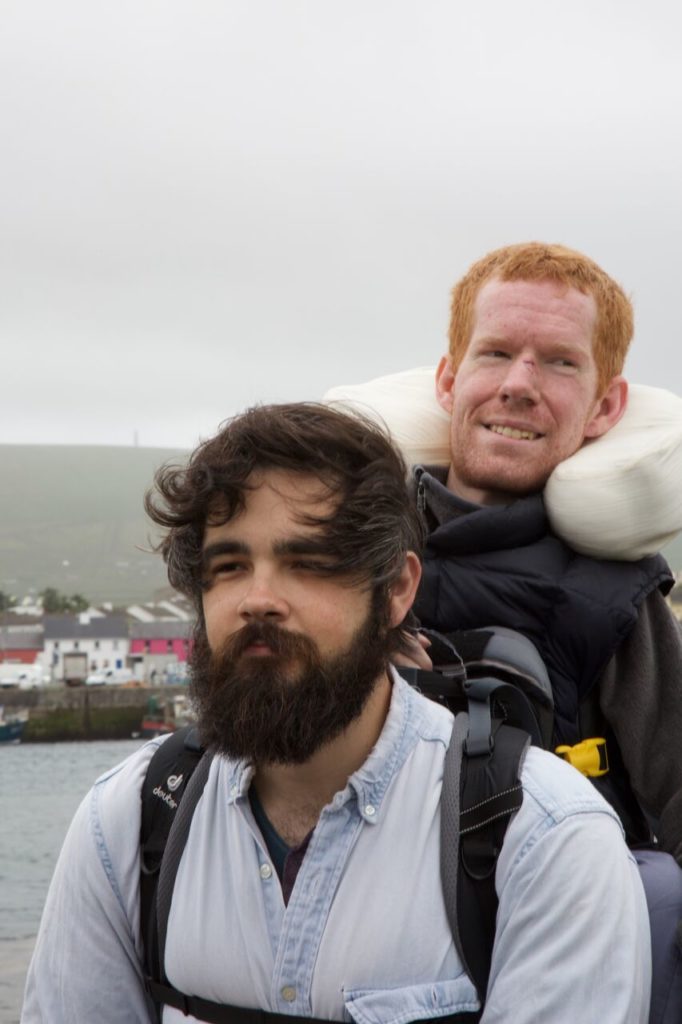 “Our aim with visiting these care centers is to be an encouragement to the children, as well as the staff and their surrounding communities,” Kevan says. “In meeting with these kids and their caregivers, we hope to demonstrate that life is full of possibility and hope. We all have limitations, but through creativity, courage and community, we can move beyond those limitations and embrace our full potential.”

Kevan’s backpack has evolved, too.

“For Europe, we bought a regular toddler carrier from German hiking pack manufacturer Deuter and made the changes ourselves,” he says. “When we got back from Europe, we sent our retrofitted version to Deuter and they made a factory replica.”

But Kevan’s journey is all about inclusion, so he didn’t stop there. After the replica was built, Kevan said “This works for me, now let’s make it adjustable for more folks with differing needs.”

They’ll be taking that newest prototype with them to China, as well as a few for the kids at the orphanages they visit.

Travelling to China presents its own challenges, too.

“There will definitely be a language barrier to consider,” Kevan says. “We experienced some linguistic and cultural differences in Europe, but it was all from the same roots, so we could figure things out. China will be a whole new world for us to navigate. We are fortunate to be taking with us a translator and visiting an organization (Show Hope, which operates the orphanages) that has some American workers who can give us guidance. As foreign to us as it all will be, I’m really not worried about it, as we’re surrounded by good people who know the ropes.”

There is also the expense of an endeavor of this magnitude. The trip, Kevan estimates, will cost $40,000 for airfare, visas, accommodations and meals for a four-person carrying crew, two filmmakers, a translator, a guide and, of course, Kevan himself. To make the trip feasible, Kevan and his nonprofit have launched a GoFundMe campaign.

Despite the hurdles, it’s all worth it to Kevan. 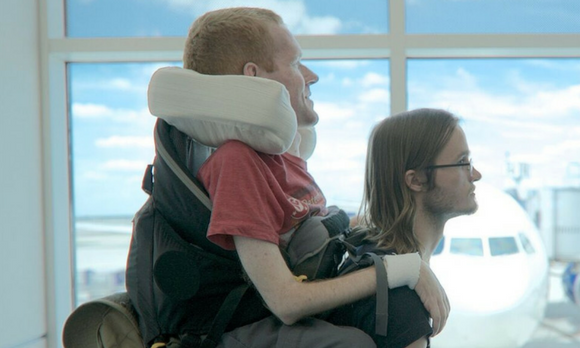 “I’m reminded every day that this all has very little to do with me,” Kevan says. “I’ve been surrounded by so many amazing people who make stuff happen, and there are a lot of people out there we want to interact with. So, most of the time, I just feel like I’m along for the ride and really blessed to be part of such a cool adventure. Our trip to Europe was about carrying me, fulfilling my dream to see Europe, but the nonprofit and this trip to China–everything we do now–is about so much more than me, and for the record, I wouldn’t have it any other way!”

With the backpack still in development, distribution has been limited, but Kevan’s spirit and ingenuity is spreading.

“We made a backpack for a family in Fort Wayne, Ind., for a camping trip to the Rockies. Their 6-year-old son has Cerebral Palsy, but with the backpack they got to hike all over and had a blast as a family,” Kevan says. “Aside from the backpack, we have also had the privilege of spending time with families, encouraging them in their disabilities and helping to brainstorm new ways of doing things. It’s been neat to be invited into folks’ lives.”

How has all of this changed Kevan? He recently quit his job to work full time on the nonprofit and to write books, both fiction and nonfiction. He’s living with friends in Fort Wayne, speaking a lot about his work and showing the documentary film about his travels.

“Honestly, this is the dream life to me, so I’m thrilled!”

Help kids and adults like Kevan continue to live longer and grow stronger!