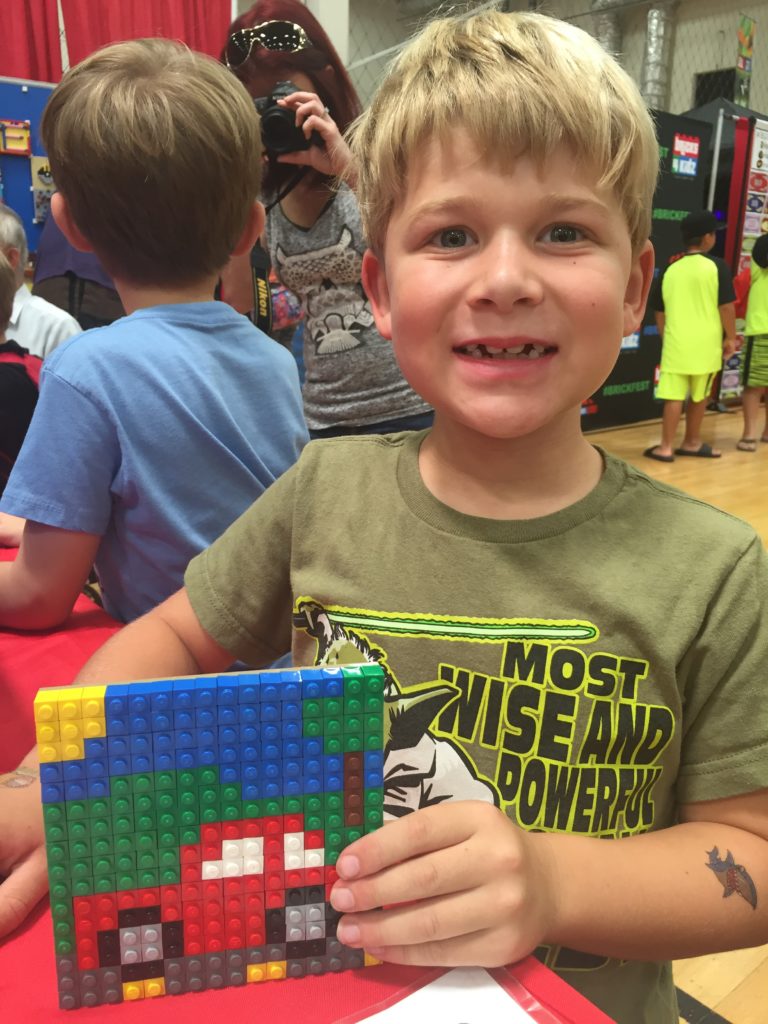 Eight-year old Henry thrives with Duchenne muscular dystrophy (DMD) thanks to the positive attitude instilled in him by his parents. After dealing with the initial shock of Henry’s diagnosis, his family decided they were not going to sulk or be afraid to live life to the fullest, despite an uncertain future ahead.

This year, Henry, of Orange County, California, is a “Shamrockstar” on platinum MDA Shamrocks at Lowe’s Home Improvement stores across the country. He is thrilled to give back to MDA, who has provided Henry with numerous opportunities to live unlimited, including three trips and counting to MDA Summer Camp.

In the months leading up to Henry’s third birthday, his parents noticed that he was having slight delays in his development. They took him to several specialists who were not concerned and suggested monitoring his progress over the next few months. Eventually his parents took Henry to a neurologist, who ordered a blood test to rule out anything more severe. 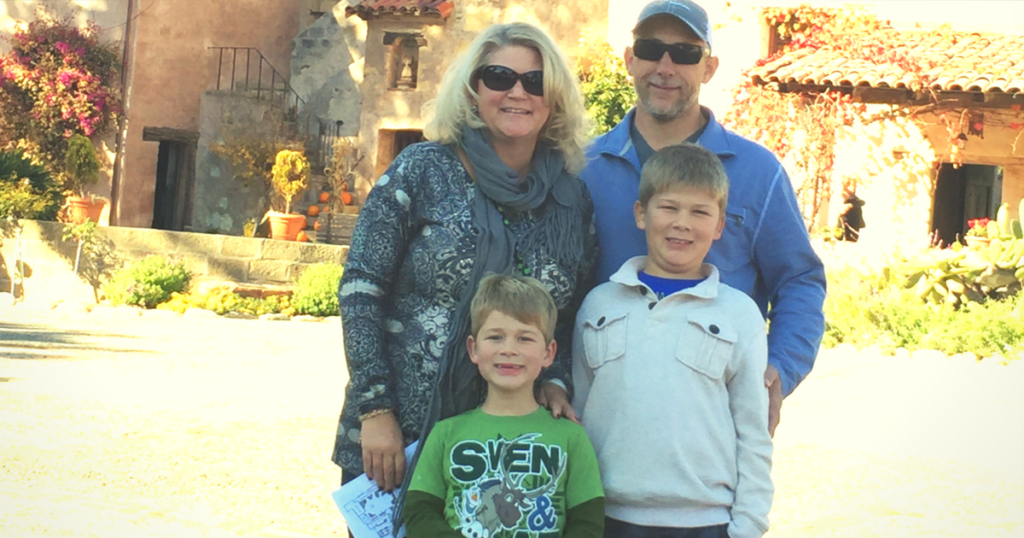 “Next day, after the blood test, I got call from the doctor. It was 8:30 in morning, and the doctor said, ‘We need to see you today at 1:30. Bring your husband, Henry and a family member with you.'”

Concerned and confused by the cryptic phone call, Luci and her husband, Barry, spent the next few hours worrying about what could be wrong with their youngest son. Midday finally came, and the whole family packed into the doctor’s office, including extended family. Then came a startling diagnosis.

“The doctor said that Henry had Duchenne,” recalls Luci. “He said that it was the worst type of [muscular dystrophy] and that he’d be in a wheelchair by age 10 and won’t live past 17 or 18. Have a nice day. End of subject.”

Devastated, Luci said that the initial shock took around eight months to overcome. Early on, however, she and her husband wanted to instill in Henry that anything was possible.

“My husband and I had a talk. We were not going to live our lives like Eeyore, asking ‘Why did this happen?’ I’m an optimistic, positive person. I wanted both our kids to be raised in a happy, positive family. There are no guarantees in life, so we don’t live our lives worrying about what’s going to happen in the future.” 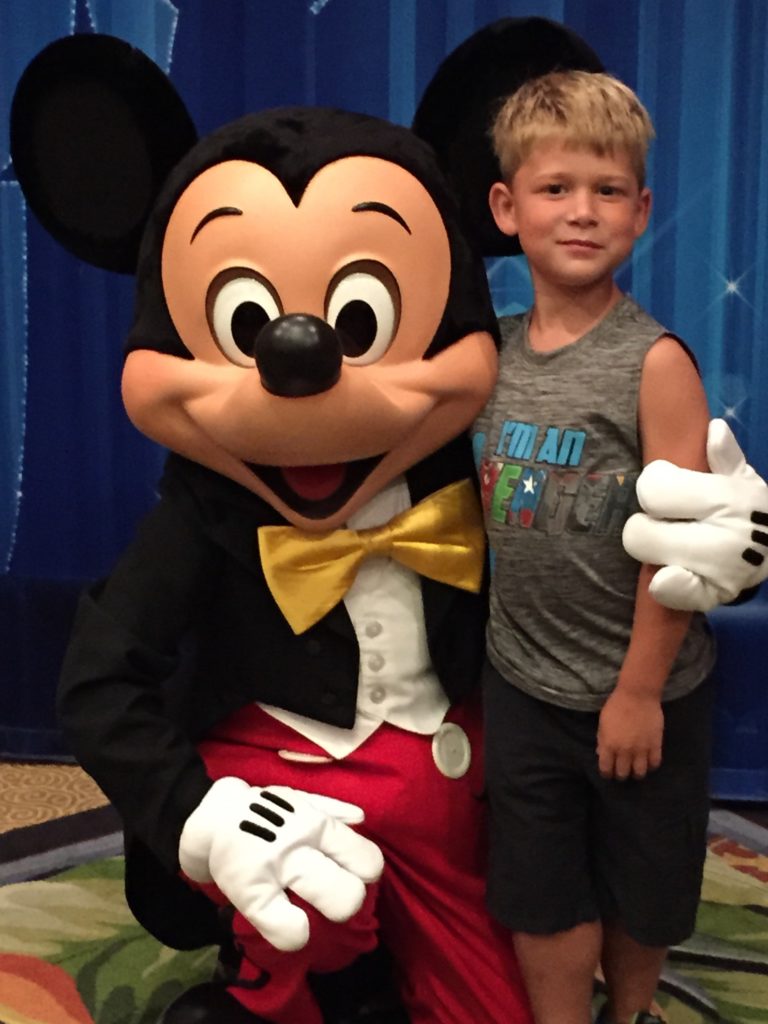 Today, Henry is a happy, active 8-year-old. Still mobile, he loves to play with his older brother Jake and the family’s black lab dog, Coal. For days when he travels long distances, he rides in a wheelchair, but other than the occasional fatigue, he is able to have unrestricted fun with his friends and classmates.

To monitor Henry’s condition, the family visits the MDA Care Center at the Center for Duchenne Muscular Dystrophy at UCLA, which allows for the family to be surrounded by a compassionate, knowledgeable care team. Says Luci, “[MDA is] there for our social and emotional needs and provides helpful information.” Just recently, after moving to a new house, Henry’s parents contacted MDA for information about stair lifts and were given recommendations on where to obtain one for Henry.

For Henry, the greatest benefit MDA provides is unquestionably MDA Summer Camp, at the Irvine Ranch Outdoor Education Center in Irvine, California. A three-time camper, he thinks about his favorite week of the year constantly.

“He loves the freedom to do zip-lining, swimming and crafts,” says Luci. “He loves to be just one of the gang, not singled out. He gets to be just like everyone else, without special attention called to him or special arrangements.”

Henry’s favorite day at camp is Sponsor Day, when all the companies come out to spend a day with the kids. Henry’s favorite sponsor is Lowe’s. “He loved the Lowe’s booth, playing with the crafts, all the hammers and wood,” says Luci. “He loves all that.” 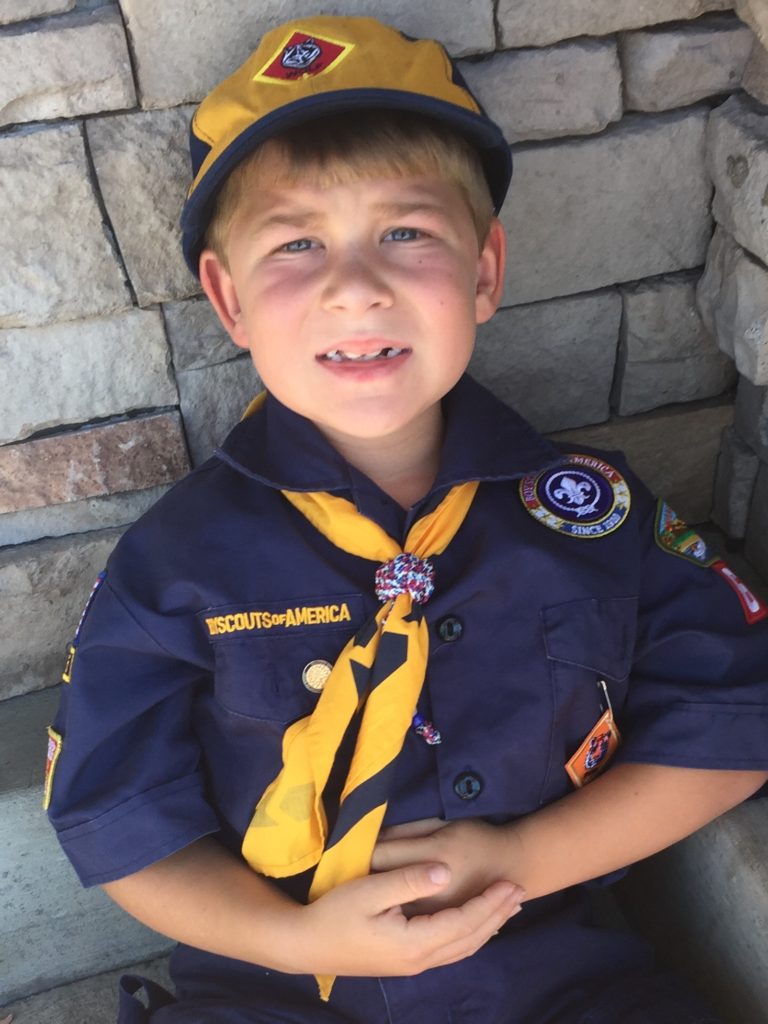 Henry and his family are happy to return the favor and help MDA with fundraising and awareness. They have taken part in several fundraisers, including MDA Muscle Walk in Orange County. Last year, Henry was a local “Shambassador,” where he was able to visit local businesses such as Lowe’s and Jiffy Lube.

“Henry wore St. Patrick’s Day attire and brought a tub of candy and handed it around. The [Lowe’s] employees liked meeting with him, as they had never met someone with muscular dystrophy.”

After the trip to Lowe’s, the family stopped at a Jiffy Lube in Irvine, where the manager and employees on duty were thrilled to take a picture. “Jiffy Lube posted it on their Facebook page, then the manager called us to say how tickled they were, that they were with us in the picture. The manager said it was so great that someone came in and made a personal connection with [the Shamrocks] they were selling.”

It is this reaction that the family loves and why they are so excited Henry is a “Shamrockstar” this year. “We are proud to represent MDA and what they do, and show people that Henry is one of the children they are helping.”