This is your “Joe Akmakjian: National Ambassador” season one recap. 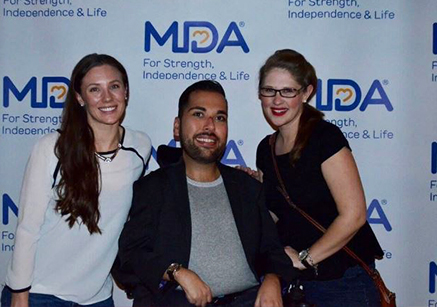 Last season on “Joe Akmakjian — National Ambassador,” viewers watched as the Muscular Dystrophy Association set out to reinvent itself and introduced a new spokesperson. As a young public relations professional, Joe was named the first adult MDA National Ambassador. With so many hopes for a great year, Americans everywhere looked on as he journeyed around the country educating people on the realities of living with spinal muscular atrophy (SMA) and related diseases.

But, as we learned, the first term of this young champion was about something far greater than his own story. It was about the dawn of a new age in nonprofit history. It was about showing the world that kids and adults with muscle-debilitating diseases — nay, all people with disabilities — deserve a chance to live life on their own terms with the same opportunities for success as anyone else in this great nation. With the adoption of this revitalized brand and strengthened mission, Joe and MDA set out to help individuals and families living with muscle-debilitating diseases live longer and grow stronger.

Let’s take a look at some of this season’s most riveting highlights, which left us begging the question, “What will he do next?” 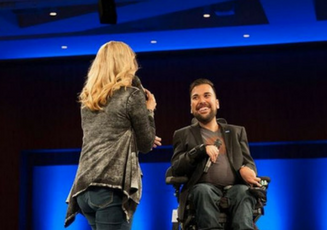 Dressed to kill, Joe gave his inaugural address as the first adult MDA National Ambassador at the launch event for MDA’s new brand at Carnegie Hall in New York City. This was our first glimpse into the life of this dapper young gentlemen. His excitement for the future of the organization was evident as he expressed his gratitude for being given a thrilling opportunity.

After spending time exploring the Concrete Jungle, Joe, never forgetting where he came from, made his way back to Colorado for some quality time with friends and family. He celebrated his new role with MDA at a local reception in Denver hosted by MDA Rocky Mountain. Nearly 100 of of Joe’s closest friends and family gathered to support him and, golly, he sure was grateful!

After some much needed R&R, Joe was off to a running start. He wasted no time embarking on his first official adventure as National Ambassador: Daytona Bike Week 2016. Joe met a new friend, Karen Davidson of Harley-Davidson Motor Company. From day one, it was clear these two would become BFFs. While in Florida, Joe was honored to help H-D raise more than $120,000 for the MDA! Neat, huh? 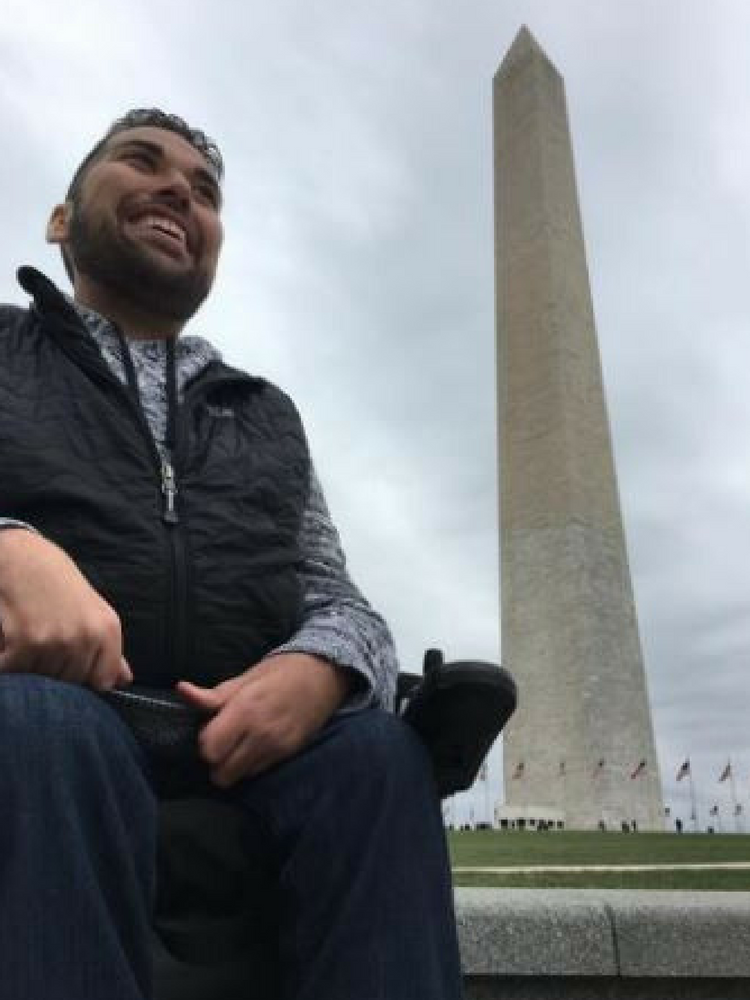 S1:E4: “Cherry Blossoms and a Motorcade”

With Daytona in the bag, Joe decided to check out Washington, D.C., to see for himself what all the fuss was about. Sure, he may have been there for the MDA Clinical Conference, but of course he made time to do some sightseeing. He even got to see a live-action presidential motorcade! The conference was pretty cool, too. Joe had a great time addressing the audience of almost 500 medical professionals working to provide great care to individuals and families through MDA’s network of Care Centers. Even the staff of the Care Center in Colorado that Joe attended for years was there.

As news of Joe’s position at MDA spread, he was invited to give the keynote address at a leadership convention at his alma mater, Colorado State University — a great experience indeed! He really enjoyed telling the crowd about his adventures and about MDA’s vital work.

Next, he made the trip down south to attend the Mansfield Golf Classic in Georgia. The event raised a whopping $850,000 for MDA! Joe danced the night away with Mrs. Mansfield as country music artist Kellie Pickler dazzled the room with a riveting performance.

With no time to spare, Joe jetted off to Milwaukee to co-host the 2016 Harley-Davidson Black-N-Blue Ball with MDA’s dear friend Jann Carl of “Entertainment Tonight” and “Small Town, Big Deal.” This event raked in a record-breaking $1,080,000 for MDA! Joe and Jann enjoyed some friendly banter as they thanked the audience for their generous contributions that night. 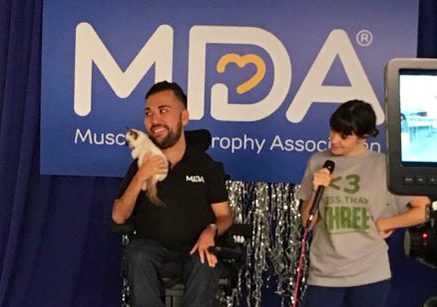 Joe was pretty busy over the summer, too. He helped promote MDA’s Live Unlimited campaign on set at the Legendary Digital Network game-a-thon event Los Angeles. The concept of living unlimited means something different for everyone, but for Joe, it means being able to make his own decisions about how he wants to live his life and never missing an opportunity to have fun.

When Joe was asked to attend the International Association of Fire Fighters convention in Las Vegas, Nev., he couldn’t say yes fast enough. It was awesome! He spoke with IAFF President Harold Schaitberger on stage in front of 3,000 fire fighters at the MGM Grand Hotel.

Following his time in Las Vegas, Joe made the trek to Los Angeles again to speak at the National Association of Letter Carriers convention. Almost 6,000 people were in the audience — the largest crowd to date to whom Joe has spoke 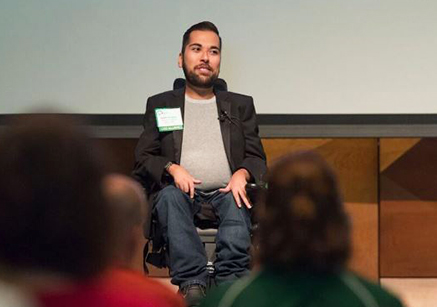 n. The enthusiasm every person Joe met had for MDA’s new mission was inspiring. People were thrilled to see their efforts had helped make him the first adult National Ambassador.

As a wheelchair user, Joe isn’t much of a runner. But he found out, some other crazy people are. One of the coolest events Joe went to this year was the Chicago Marathon. MDA had more than 260 participants running the race who, together, raised more than $500,000 in the fight against the harmful effects of muscle-debilitating diseases. Joe hugged Marcy, a first-time marathoner and Team Momentum runner, and yes, it was a bit sweaty …

Joe learned a lot of things this year — including that a lot of people like sports. That was very apparent on the night of his first Muscle Team Gala in Chicago. And what better time to be in Chicago at a sporting event then during the World Series starring the Chicago Cubs? The room was buzzing with excitement. But Joe was more excited about the $500,000 raised for MDA! This was another event Joe had the honor of co-hosting. Before the show, he did an interview, too, with one of Chicago’s very own news teams.

And that’s all folks. Tune in next year for the season two premiere of “Joe Akmakjian — National Ambassador” to find out what shenanigans Joe gets into next. Wherever the plot leads, it’s sure to be a wild ride you won’t want to miss!

Help Joe and all MDA families continue to #LiveUnlimited in 2017