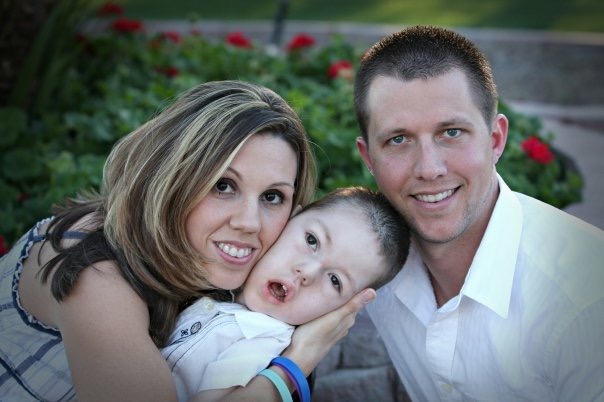 When Shelle Harman was a kid, she dreamed of being a wife and a mother.

“That’s the only thing I’ve ever wanted to be. A mom and a wife,” she says.

When she married her husband, Chris Harman, a fire fighter and member of Phoenix, AZ Local 493, she achieved one of her dreams. Soon after, she learned she was pregnant with a boy. After a normal pregnancy, their son, Logan, was born on March 4, 2005.

“He went home the next day,” Shelle says. “There were no red flags or anything. No sign of anything whatsoever.”

Shelle was finally a wife and a mother of a seemingly healthy, baby boy.

But soon, she noticed Logan wasn’t doing what babies are supposed to do. He didn’t have a lot of strength and was “floppy,” she says. 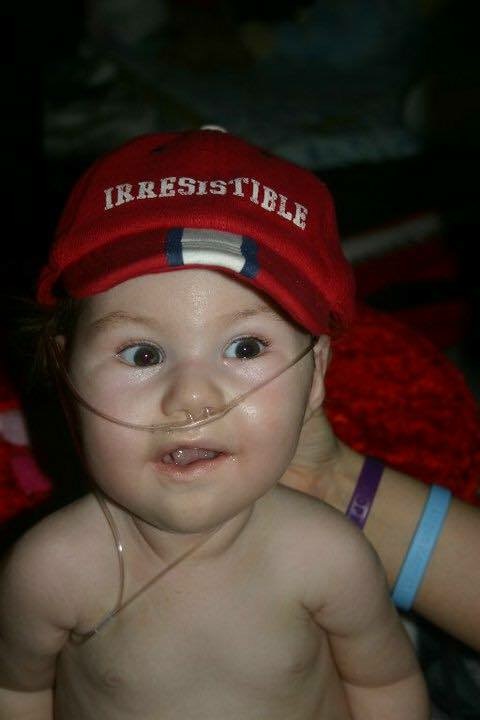 So, they went to the doctor, then to a physical therapist and finally to a neurologist, who explained that she thought Logan was exhibiting signs of spinal muscular atrophy (SMA), a genetic disease that affects voluntary muscle movement and can weaken the muscles in the legs and affect breathing.

Shelle was shocked. The doctor explained it was inherited, but nothing like this had ever shown up in their families. The neurologist ordered tests and told Shelle to be patient — and not to look on the internet.

“Of course, we went home and Googled everything, and we’re scared,” she says. “We were completely scared.”

At that time, test results for SMA took about three months. While they were waiting, Logan deteriorated. He was crying constantly and not eating.

A month later, Shelle rushed him to the hospital, where a nurse grabbed him out of her arms. Logan was blue.

Babies with SMA often have trouble swallowing. Doctors discovered that Logan was aspirating his meals and his lungs were filled with milk. It wasn’t clear whether he would survive.

While Logan was in the hospital, the new parents finally received the official diagnosis of SMA Type 1.

“At that point they said they didn’t think he would make it to a year old, and when we left the hospital they said they’d be shocked if he lived another two weeks,” she says. “It was horrible.”

On November 1, 2005, Shelle and Chris took their eight-month-old son home on hospice. 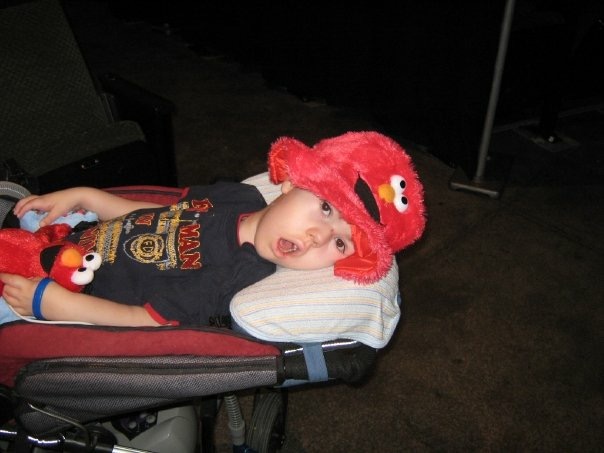 “I’m a very proactive person,” Shelle says. “I didn’t care what he had, I just wanted to give him the best life we could while he’s here,'” Shelle says. When it was suggested Logan go to a hospice facility, she said, “Absolutely not. He’s going home with us, because nobody is going to love him and take care of him like we will.”

And that’s what they did.

Logan survived not just two weeks or a year – he grew into a whip-smart, spirited four-year-old with a dramatic streak.

“He could never talk, but you could tell exactly what he was thinking and exactly the way he felt by the look in his eyes,” Shelle says. “He hated school. He hated being told what to do. He loved being on TV, doing interviews and he was in the paper numerous times.”

Through MDA, Logan helped his dad during Fill the Boot fundraisers and participated in his first Muscle Walk in 2006. Twelve years later, his family continues to celebrate their son by participating in the Muscle Walk of the Greater Phoenix Area through their team, Logan’s Legacy.

Both Shelle and Chris love supporting the MDA and raising funds for research, so other kids and families won’t have to go through what they have. And Logan — who was quite the ham — had a blast in the spotlight. 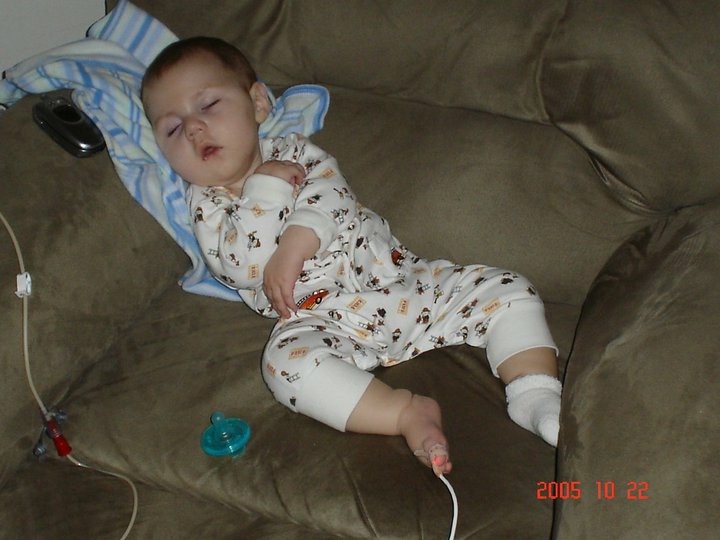 “It was pretty awesome that we got to put a face to a disease,” she says. “He was so sick, he couldn’t go to MDA Summer Camp or anything, but he got to do so many things with them. MDA made him feel amazing.”

But Logan was tired of fighting and Shelle knew it. On Mother’s Day in 2009, Logan passed away.

“He was just done, so he didn’t wake up again,” she says.

Shelle and Chris now have two more kids — both boys. Six-year-old Jase was born through in-vitro fertilization, to make sure he’d be healthy, and Braxton was a happy, healthy surprise. Another pregnancy — of twin girls with SMA — ended in miscarriage.

“When I thought of having kids and being married, everything was butterflies and rainbows,” Shelle says. “It’s not. It’s scary. But you were given a gift and you just have to take your gift and do what you can and the best you can. I feel I’m the lucky one who got really special children. I’m glad that I was picked to be their mom.”

Everything that Shelle and Chris have gone through as parents has made her reflect deeply on that dream of being a wife and mother. She wants to be more.

She wants to be hope.

“Hope for another family going through something like what we have,” she says. “We were told to take Logan home and love him because we didn’t have much time with him. We were given no hope. I don’t want to see another family ever have their hope taken away.”