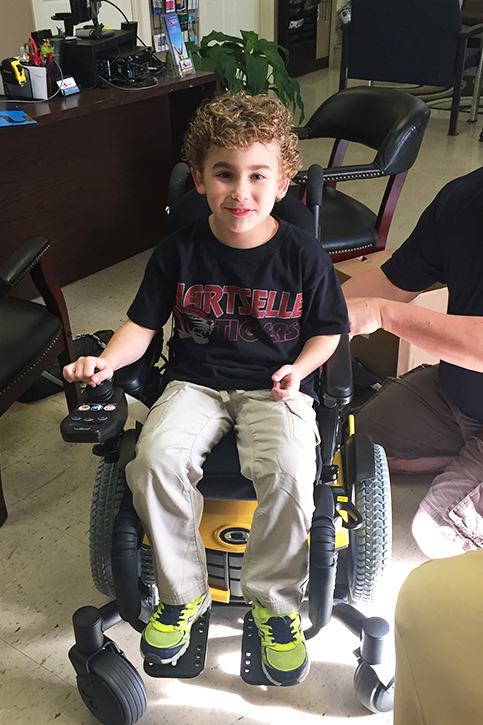 On Oct. 27, the 7-year-old became the proud owner of his first power wheelchair. Black and yellow, the chair’s color scheme is inspired by, and named after, his favorite Transformers character, Bumblebee.

For Ethan, who has Duchenne muscular dystrophy, getting a wheelchair could have been a tough transition.

Instead, Ethan eagerly looked forward to the new device. According to his mother, Jordan, there is a major reason he was so accepting of this important life step: his experience at MDA Summer Camp.

Ethan, who is also the Alabama State Goodwill Ambassador, completed his second year of Summer Camp this past June at Camp ASCCA in Jackson Gap, Ala. Despite the progression of his symptoms, Ethan remains an adventurous spirit. 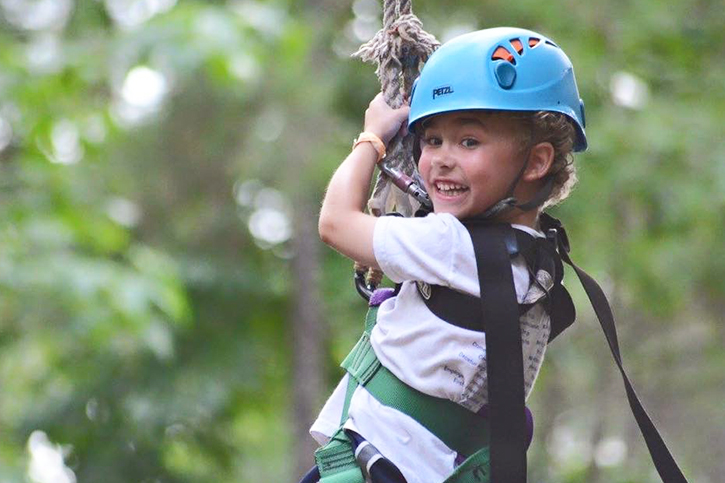 “His favorite activity at camp this past year was tubing on the river,” Jordan says. “The year before, he got to go zip lining and loved it.”

Ethan’s Summer Camp experience has been made all the more enjoyable by the wonderful counselors who volunteer their time every year for the kids. Lauren and Bailey, Ethan’s counselors, along with Darren, another counselor, have become “like extended family” to the Lybrands. “I don’t even have babysitters I trust as much as them,” Jordan says with laughter.

Summer Camp has been such a positive experience for Ethan; he constantly thinks about it during the school year.

“It is the most incredible experience for him,” Jordan says. “He talks all year long about it being the best week of the year, getting to go to camp.”

Although the activities and counselors at MDA Summer Camp make it an unforgettable experience, perhaps the most important part of camp for Ethan has been the chance to make friends with other kids with muscular dystrophy. These friendships have proven invaluable to his development. 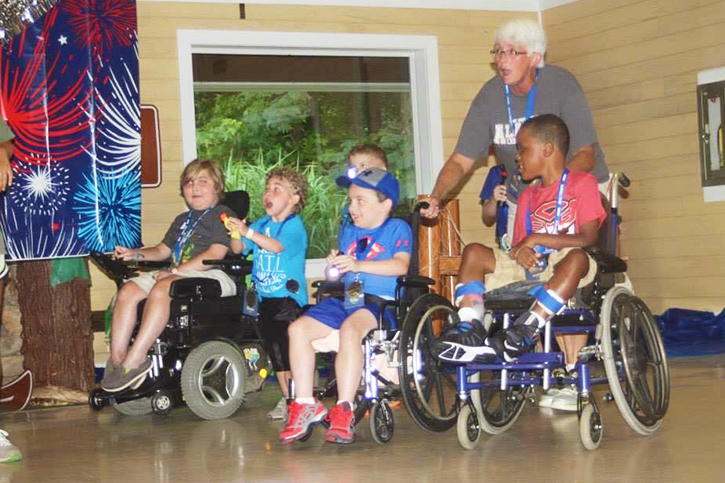 “He is around other kids who just get it,” Jordan says. “He’s never come back and said, ‘He was in a wheelchair – why?’ They don’t even talk about [muscular dystrophy] at camp, or the different types of the disease. They see each other as just kids.”

This has made a major difference for Ethan, especially because kids in his school do not yet fully understand why Ethan gets tired so easily.

Instead of focusing on his limitations, Summer Camp has shown Ethan that anything is possible.

“Every activity can be done,” Jordan says. “All of these freedoms they get to have is because of the environment they’re in.”

Ethan’s “Bumblebee” chair has a black frame accentuated by yellow, a sight that will be unmistakable in the hallways at school. Although Ethan doesn’t need it full-time yet, the Lybrands want to make sure he has the chair for when he gets tired in order to save the strength he still has. 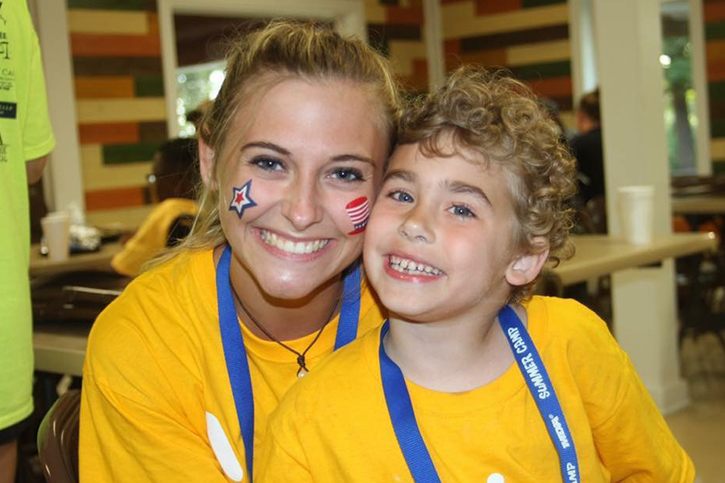 Ethan is also thrilled to not have to be pushed in a stroller or wagon anymore. He looks forward to his new chair, confidence gained after growing close over the summer with his new friends who looked past one another’s limitations.

“I honestly think this attitude can only stem from being around so many kids who are in wheelchairs at Summer Camp,” Jordan says. “Incredible kids.”